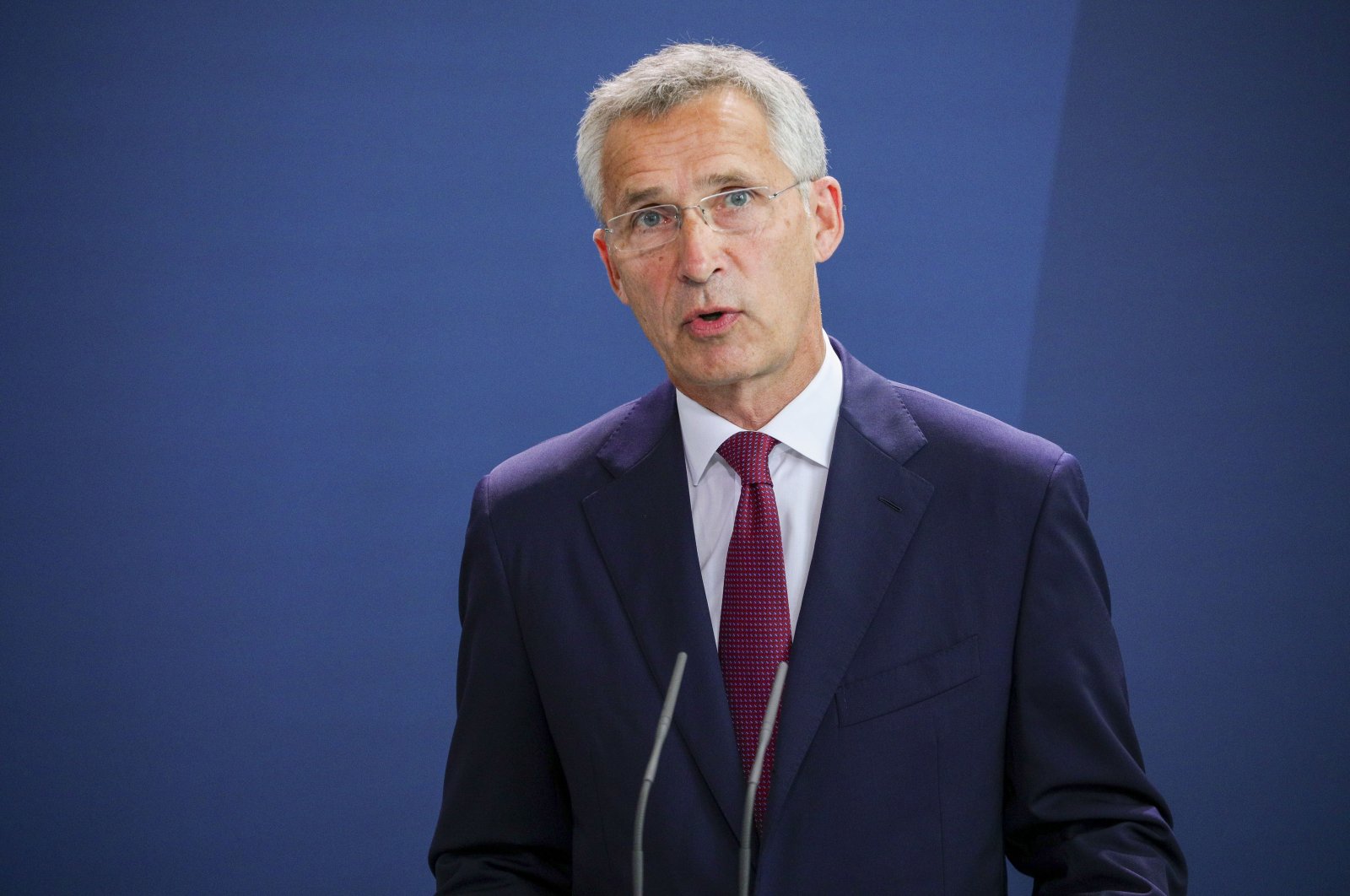 NATO Secretary-General Jens Stoltenberg speaks to the media prior to talks with German Chancellor Angela Merkel, at the Chancellery in Berlin, Germany, Aug. 27, 2020. (EPA-EFE)
by DAILY SABAH WITH AA Feb 05, 2021 11:37 am
RECOMMENDED

Turkey and Greece are "valued allies" and NATO's role is to provide a platform to address differences between the two countries, the alliance's chief said Thursday.

"And that's exactly what we have done when it comes to, for instance, the situation in the Eastern Mediterranean," the NATO secretary-general said according to Anadolu Agency (AA).

Stoltenberg said, therefore, we "have been able to establish at NATO what we call a deconfliction mechanism."

The two countries participated in deconfliction talks last year, initiated by Stoltenberg, which were designed to reduce the risk of incidents in the Eastern Mediterranean. The talks facilitated the establishment of a hotline between Athens and Ankara, allowing for conflict resolution at sea and in the air.

Stoltenberg said: "That's actually a military alliance of communications, a hotline, military-technical talks between the Greek and Turkish military and personnel here at NATO in Brussels."

"And by that, reducing the risks of incidents, accidents between ships, planes in the Eastern Med coming from Turkey and Greece," he added.

Stoltenberg also underlined that reducing tension is important as it would prevent accidents that would lead to casualties.

He argued that the deconfliction mechanism at NATO "has also helped to pave the way for Greece and Turkey to sit down and restart what they call exploratory talks on the underlying disagreements."

"So, yes, there are concerns, but I think the most important thing NATO can do is to try to find ways to step by step, not only complain about the concerns and express concerns but also find a positive approach, a way forward ... And over the last weeks or months, we have seen some important steps in the right direction, proving, proving that NATO has an important role to play also when allies disagree, as they do, for instance, in the Eastern Mediterranean," he added.

Turkish leaders have repeatedly stressed that Ankara is in favor of resolving outstanding problems in the region through international law, good neighborly relations, dialogue and negotiations. Instead of opting to solve problems with Ankara through dialogue, Athens has, on several occasions, refused to sit at the negotiation table and opted to rally Brussels to adopt a tougher stance against Turkey.