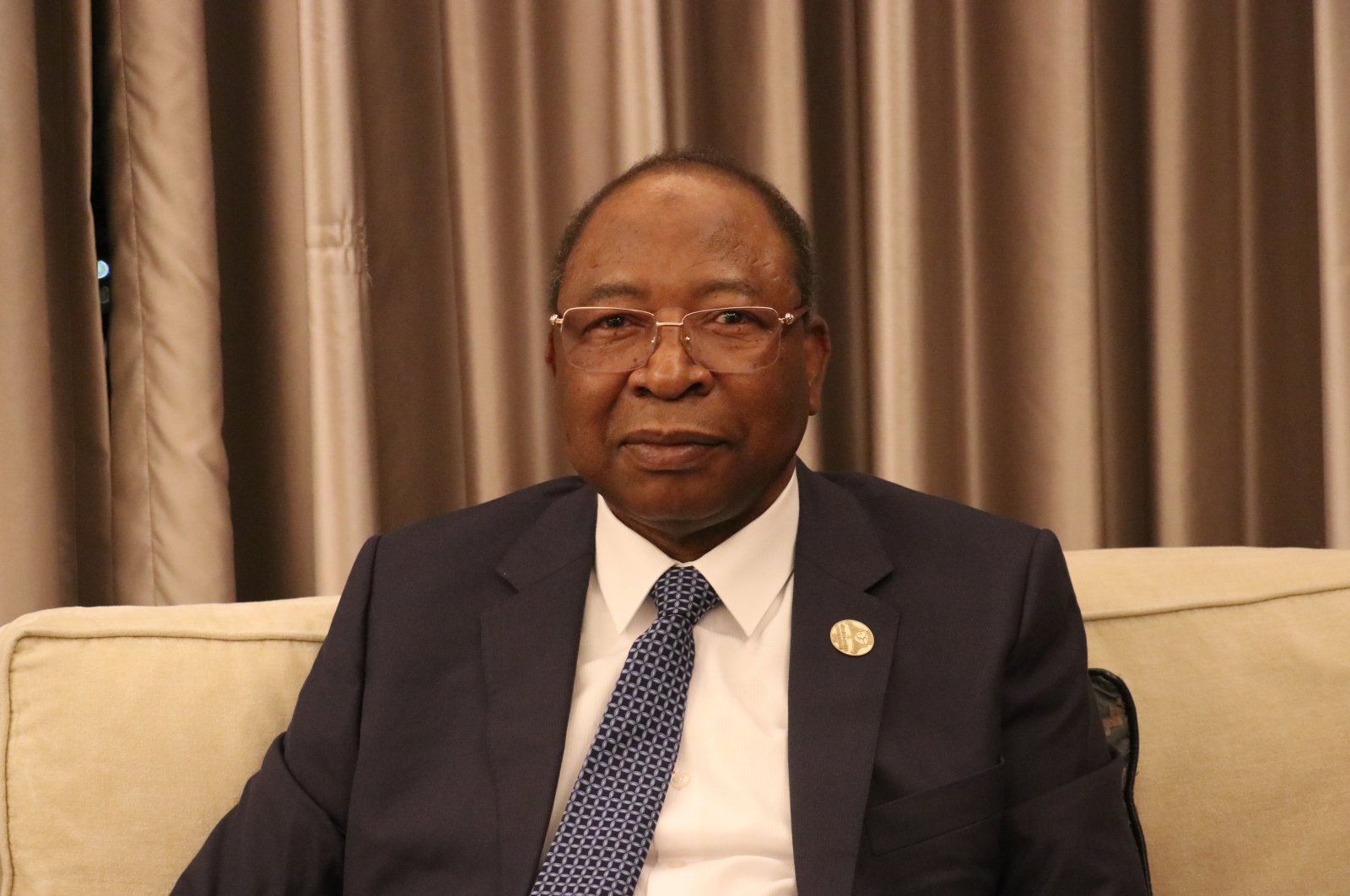 Speaking to the Anadolu Agency (AA) on the sidelines of the third Turkey-Africa Partnership Summit in Istanbul last week, Mahamadou hailed the wide participation from about 40 African countries.

He said the gathering was very "productive," adding that everyone was "very satisfied" with the event.

The cooperation between Turkey and Niger, the premier said, is multidimensional.

The Niger office of the Turkish Cooperation and Coordination Agency (TIKA) has implemented various projects in the fields of education, agriculture and health, he said, while the Turkish Maarif Foundation currently runs a school there.

He added that that the Turkish investors, as well as institutions, have recently started to invest in Niger.

The Niamey Airport was built by the Turkish company Summa, he stated, also mentioning the Niger-Turkey Friendship Hospital in the capital Niamey.

Mahamadou underlined that a project involving cooperation with the Turkish government and companies in different fields is currently being discussed.

"Security, agriculture and industry are at the forefront of these cooperation areas. There may also be a free zone opportunity for Turkish companies in the industry field. While we want to diversify the areas of cooperation, we are continuing our cooperation in the fields of education, health and humanitarian aid," he said.

"In addition to intelligence and strategy sharing, equipment support is also important. Turkey is far ahead of Niger in terms of military equipment, aviation and unmanned aerial vehicles. Turkey can contribute to Niger's fight against terrorism in many areas," he stressed.

Touching upon the increasing anti-French sentiment in Niger, Mahamadou underlined that behind this perception are fake news and the community's feeling of "revenge" against France from the colonial period.

"Today, with the widespread use of mobile phones, fake news spreads very easily ... I think that the issue of fake news is effective in increasing anti-French sentiment. We should also look at the common history. Niger was a former French colony. At this point, it is possible to say that they acted with a sense of revenge against the former colony," he said.

The premier asserted that the youth, on the other hand, do not realize how difficult it is to fight terrorism.

"They thought that as soon as the French military Operation Barkhane arrives, the terrorism problem would be over."

France has deployed around 5,100 soldiers in West Africa as part of its Operation Barkhane with its headquarters in Chad's capital N'Djamena. Forces are being drawn down, with President Emmanuel Macron announcing in July an end to the operation by early 2022.

Its forces were mainly focused on tackling armed groups in Burkina Faso, Chad and Niger.

During the third Turkey-Africa Partnership Summit, a joint declaration was adopted Saturday, which states parties are committed to further strengthening and deepening the cooperation in the interest of the states and peoples. They also committed to cementing their collaboration on current issues in the global arena, including health, peace, security, governance and justice. The declaration said parties will focus on three main topics "peace, security and justice," "human-focused development" and "strong and sustainable growth."

Speaking at the closing ceremony, President Recep Tayyip Erdoğan said: "We want to develop together and increase the welfare of our people together; thus, we attach great importance to the memorandum of understanding."

It is a "great injustice" that the African continent, with its population of 1.3 billion, is not represented at the United Nations Security Council, the president noted.

Turkey will continue to deepen its ties with African nations under the leadership of President Erdoğan, Turkey's Communications Director Fahrettin Altun said Saturday.

The first Turkey-Africa Partnership Summit was held in 2008 in Istanbul, the second in 2014 in Malabo and the third was held last week in Istanbul. The summit is expected to launch a new stage in Turkey's relations with the African Union (AU) and African countries, according to Turkey's Foreign Ministry. The next Turkey-Africa Partnership Summit will be hosted in an African country.

Turkey's engagement with the African continent has been gaining pace over the years. Since taking office nearly two decades ago, first serving as prime minister, Erdoğan has been fostering ties with Africa, presenting Turkey as a fairer player than the continent's former colonial powers. Both sides have been vowing to tap into their greater potential when it comes to further expanding and deepen relations. To this effect, the number of Turkish embassies in Africa has increased from just 12 in 2002 to 43 in 2021. Turkey's trade with Africa totaled $5.4 billion (TL 67.4 billion) in 2003, which climbed to $25.3 billion by 2020 despite the coronavirus pandemic.

Turkey's opening up to Africa, which dates back to the action plan adopted in 1998, took shape in 2005, which Ankara declared the "Year of Africa." Turkey was accorded observer status by the AU the same year. In a reciprocal move, the AU declared Turkey its strategic partner in 2008. Relations between Africa and Turkey gained momentum when the first Turkey-Africa Cooperation Summit was held with representatives from 50 African countries.