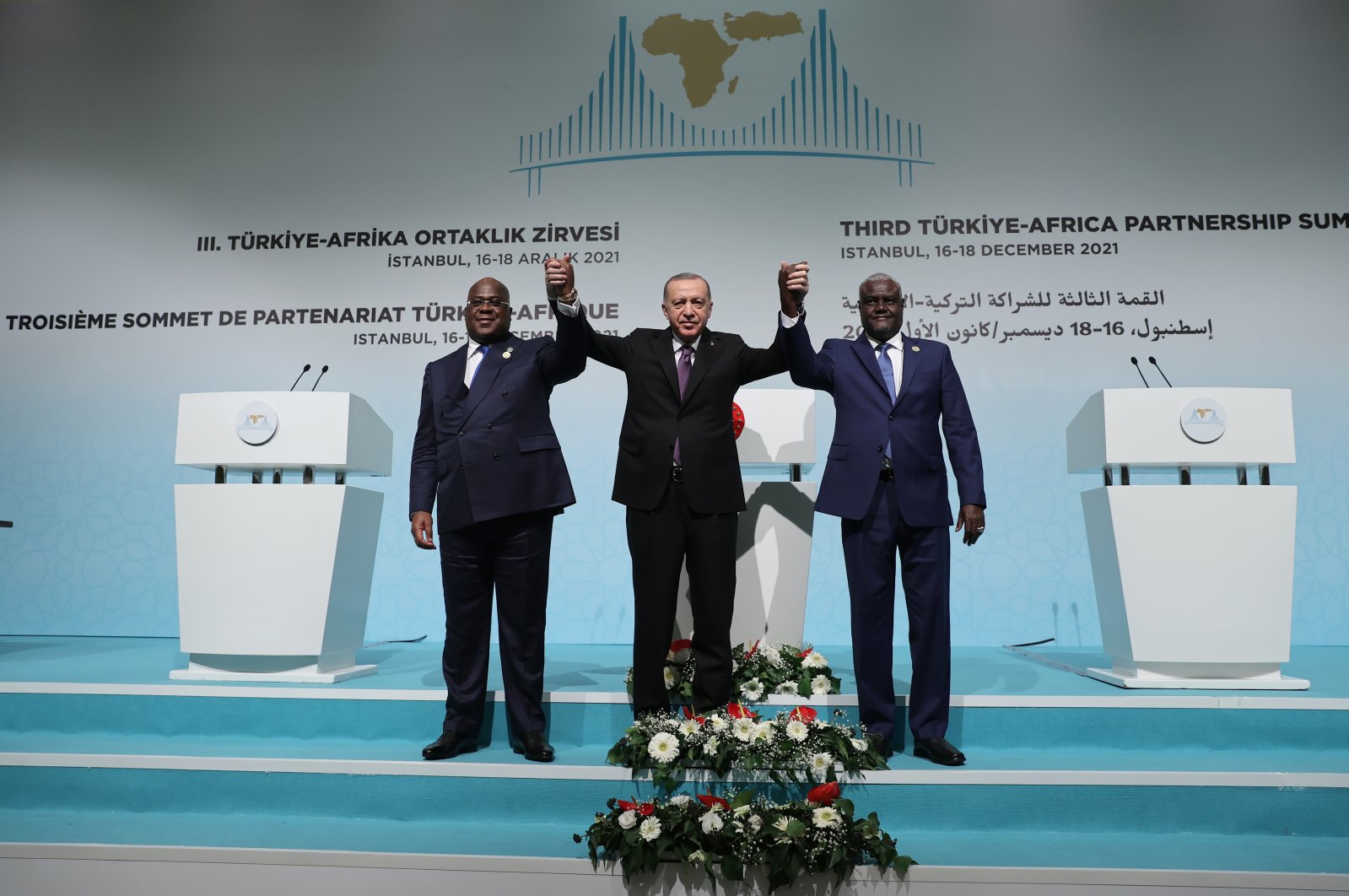 President Recep Tayyip Erdoğan (C), his Republic of Democratic Congo counterpart Felix Tshisekedi (L) and the Chairperson of the African Union Commission, Moussa Faki Mahamat pose for a picture after the press conference during the the third Turkey-Africa Partnership Summit in Istanbul on Dec. 19, 2021 (AA Photo)
by Anadolu Agency Dec 19, 2021 2:06 pm
RECOMMENDED

Turkey will continue to deepen ties with African nations under the leadership of President Recep Tayyip Erdoğan, communications director Fahrettin Altun said in a statement on Saturday.

"Our economic investments, educational ties, and cultural exchanges are a testament to our conviction in the promise of the continent," Altun wrote on Twitter following a summit in Istanbul.

He said that Ankara was proud to host the 3rd Turkey-Africa Partnership Summit and reiterated that Turkey's approach to Africa is to strengthen relations with the continent as well as to invest in a common future.

"Many African nations have been facing the threat of terrorism from Daesh, Boko Haram, al-Shabab and others. We will continue to partner with them on both defense and counter-terrorism and support them by sharing our technological capabilities and know-how," he said.

He noted his country's plan to donate 15 million coronavirus vaccine doses to African nations and to cooperate on the production of Turkey's domestically made TURKOVAC vaccine, adding that it is a sign of how much Ankara cares about the well-being of our African people beyond political matters.

Also pointing out his country's increasing investment on the continent, he stressed that the ventures are bringing positive results in close cooperation and coordination with African leaders for peace and stability.

"President Erdoğan consistently raised the issue of the lack of Africa's representation at the U.N. Security Council despite its 1.3 billion population," said Altun, referring to Turkey's call to reform the international body.