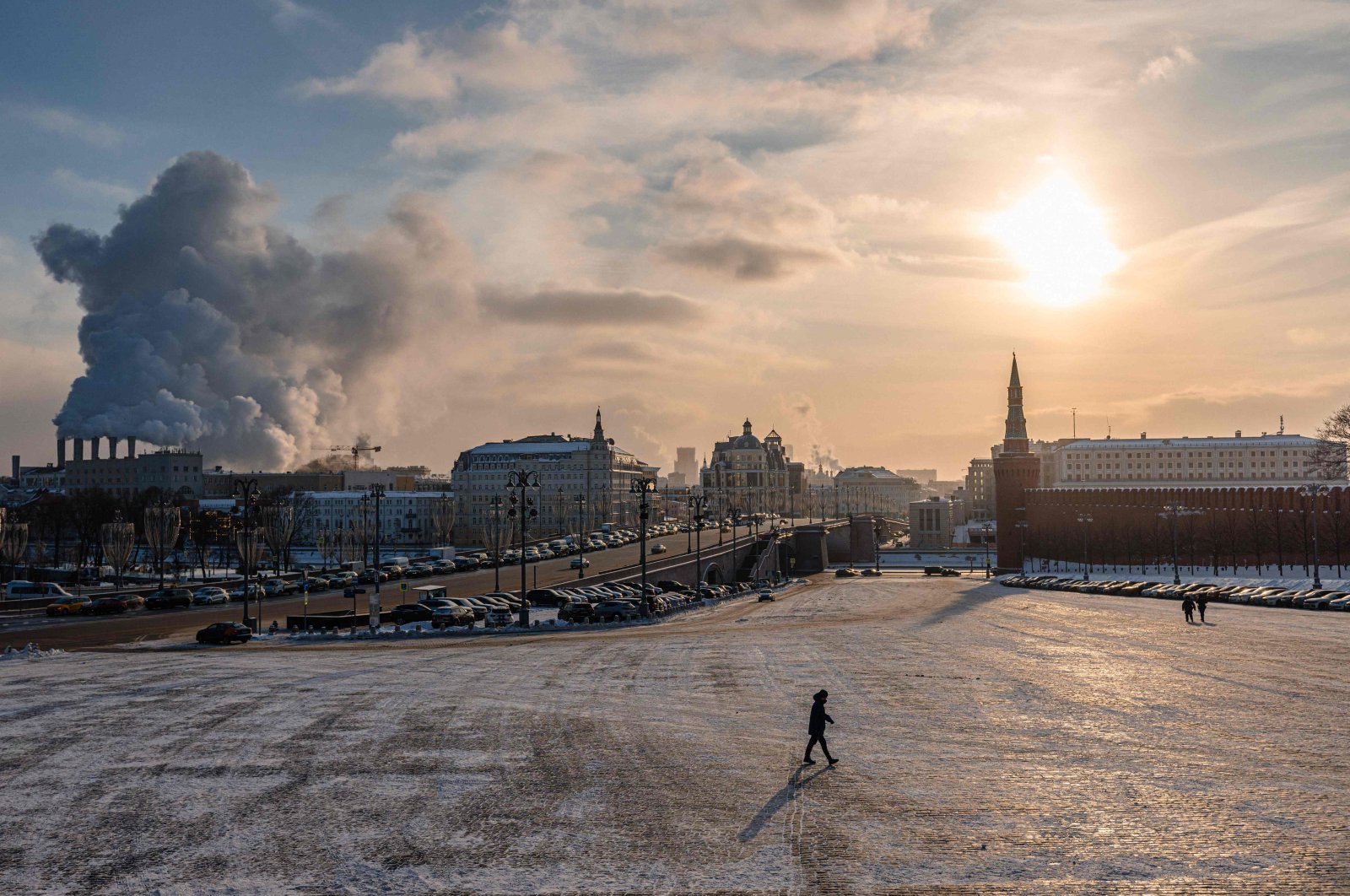 A man walks on Vasilyevsky Spusk (The Basil's Downhill) at the Kremlin on a frosty day, with the air temperature at around minus 21 degrees Celsius (minus 5.8 degrees Fahrenheit), in downtown Moscow, Russia, Dec. 22, 2021. (AFP Photo)
by DAILY SABAH WITH AA Dec 29, 2021 9:38 am
RECOMMENDED

Russian Deputy Permanent Representative to the United Nations Dmitry Polyanskiy told Anadolu Agency (AA) that Moscow welcomes and is in favor of talks between the two neighbors, adding that, "The whole world will benefit from this reestablishment of neighborly relations."

"We are good partners, both with Turkey and with Armenia. We were promoting the regional intensification and improvement of regional ties of economic networks," Polyanskiy said.

The process is "very fragile," and "there is very little trust among the parties and a lot of suspicion," he said. "So we need to overcome this."

Turkey said charter flights with Armenia would begin soon, and it is pursuing its normalization discussions in consultation and coordination with Azerbaijan.

“Both Azerbaijan and Turkey may open their borders with Armenia if we reach the point we want,” Foreign Minister Mevlüt Çavuşoğlu said on Monday during a press briefing.

Following years of frozen ties, the neighboring countries of Turkey and Armenia have announced they seek to normalize relations amid efforts for regional integration and cooperation in the South Caucasus.

Turkey appointed its former ambassador to the United States, Serdar Kılıç, as special envoy to lead normalization discussions with Armenia