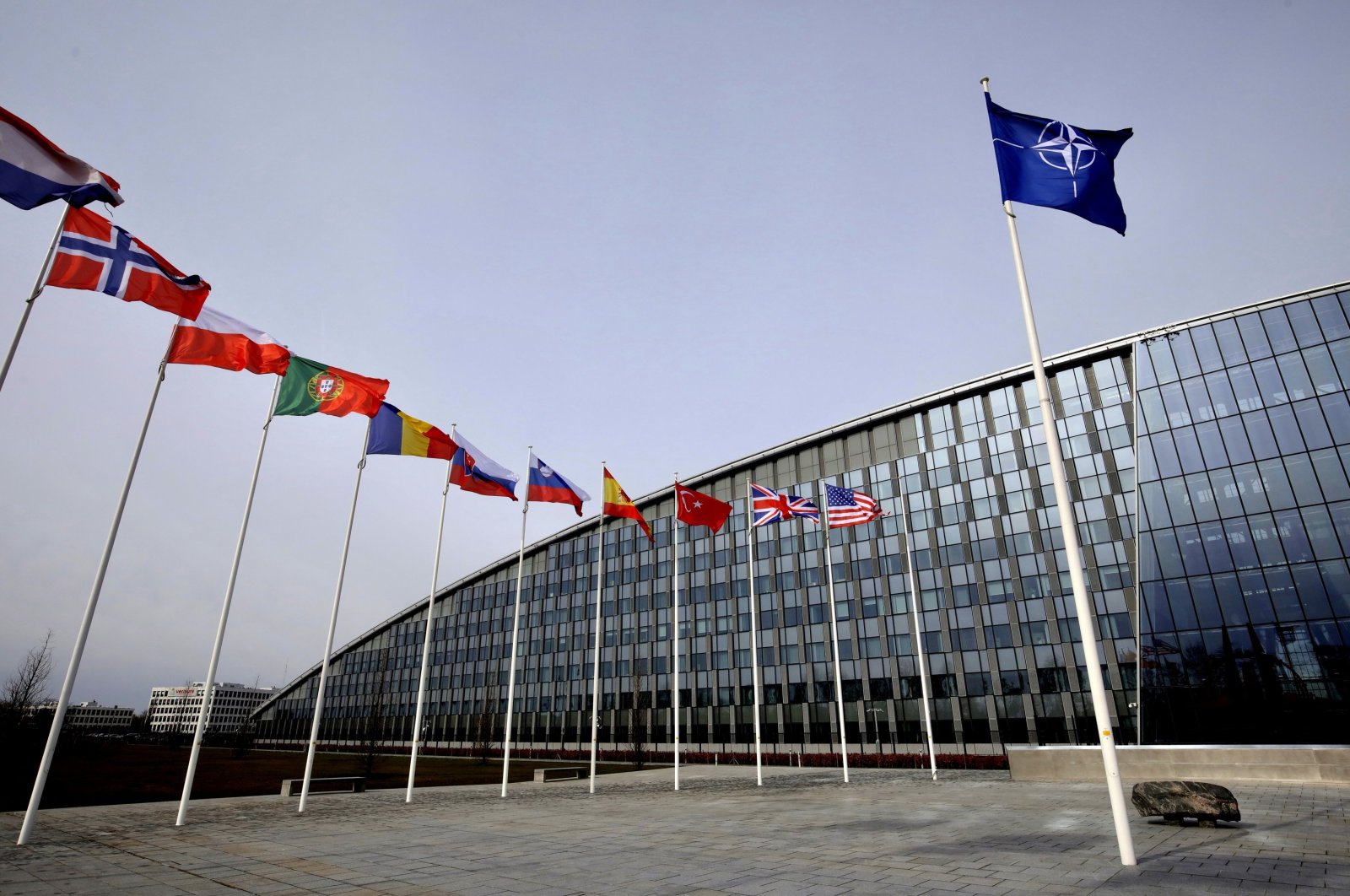 Speaking at an event in the Aegean province of Aydın on Friday, Çavuşoğlu reiterated Turkey's position in the 30-nation military alliance.

He criticized NATO, saying that despite Turkey fulfilling all its obligations as part of the organization, its defense needs are not always met.

"Why? After the operation we started against the PKK/YPG terror group, they do not ... Putting the PKK and the Kurds on the same level is an insult to our Kurdish brothers and sisters," he said referring to the PKK terror group and its Syrian branch YPG.

In its more than 40-year terror campaign against Turkey, the PKK – listed as a terrorist organization by Turkey, the U.S., and the EU – has been responsible for the deaths of at least 40,000 people, including women and children.

He said that due to such attitudes, Turkey has gone for other options, including focusing on its own burgeoning military industry. "Today, we have become one of the top countries in the defense industry," he emphasized.

While Turkey has been expecting support from its NATO partners for its struggle against the PKK/YPG terrorist groups, the allies have mostly acted to the contrary.

Recently, President Recep Tayyip Erdoğan said that the United States is currently supporting terrorist organizations much more than expected, adding that the two NATO allies should be in a very different position.

The U.S. primarily partnered with the Syrian offshoot of the PKK terrorist organization, the YPG, in northeastern Syria to fight the Daesh terrorist group. Turkey strongly opposed the terrorist group’s presence in northern Syria and the formation of a terror corridor, which has been a major sticking point in strained Turkey-U.S. relations. Under the pretext of fighting Daesh, the U.S. has provided military training and given truckloads of military support to the YPG, despite its NATO ally's security concerns.

Çavuşoğlu said issues with Russia are discussed openly. "We do not recognize (annexation of) Crimea, we support the territorial integrity of Ukraine and Georgia. It is very clear, we do not hide these policies," he said.

Turkey and the United States, as well as the United Nations General Assembly, view the annexation as illegal.

During a summit of the Crimean Platform in August of this year, Çavuşoğlu stated that Turkey has never recognized the illegal occupation of Crimea and will not recognize it, emphasizing that Ankara supports Ukraine's territorial integrity. He also called on the international community to act as one against the annexation of Crimea.

The Crimean Platform is a new consultative and coordination format initiated by Zelenskyy for the rapid de-occupation of Crimea and to increase pressure on Russia. Turkey was among the first countries to voice support for the Crimean Platform that was held on Aug. 23.

Turkey's presidential spokesperson also told a German news website on Friday that Ankara was a strong NATO member and unconditionally loyal to the alliance.

Ibrahim Kalın told Der Spiegel magazine that Turkey contributed to many NATO missions and that problems between member countries should not weaken the alliance.

Kalın emphasized that Europe is a powerful and important continent politically and economically and it should increase its influence and independence in geographical and strategic decisions instead of being overshadowed by the U.S.

He criticized Europeans for looking at Washington first in many decisions and said this was not an indicator of political leadership.