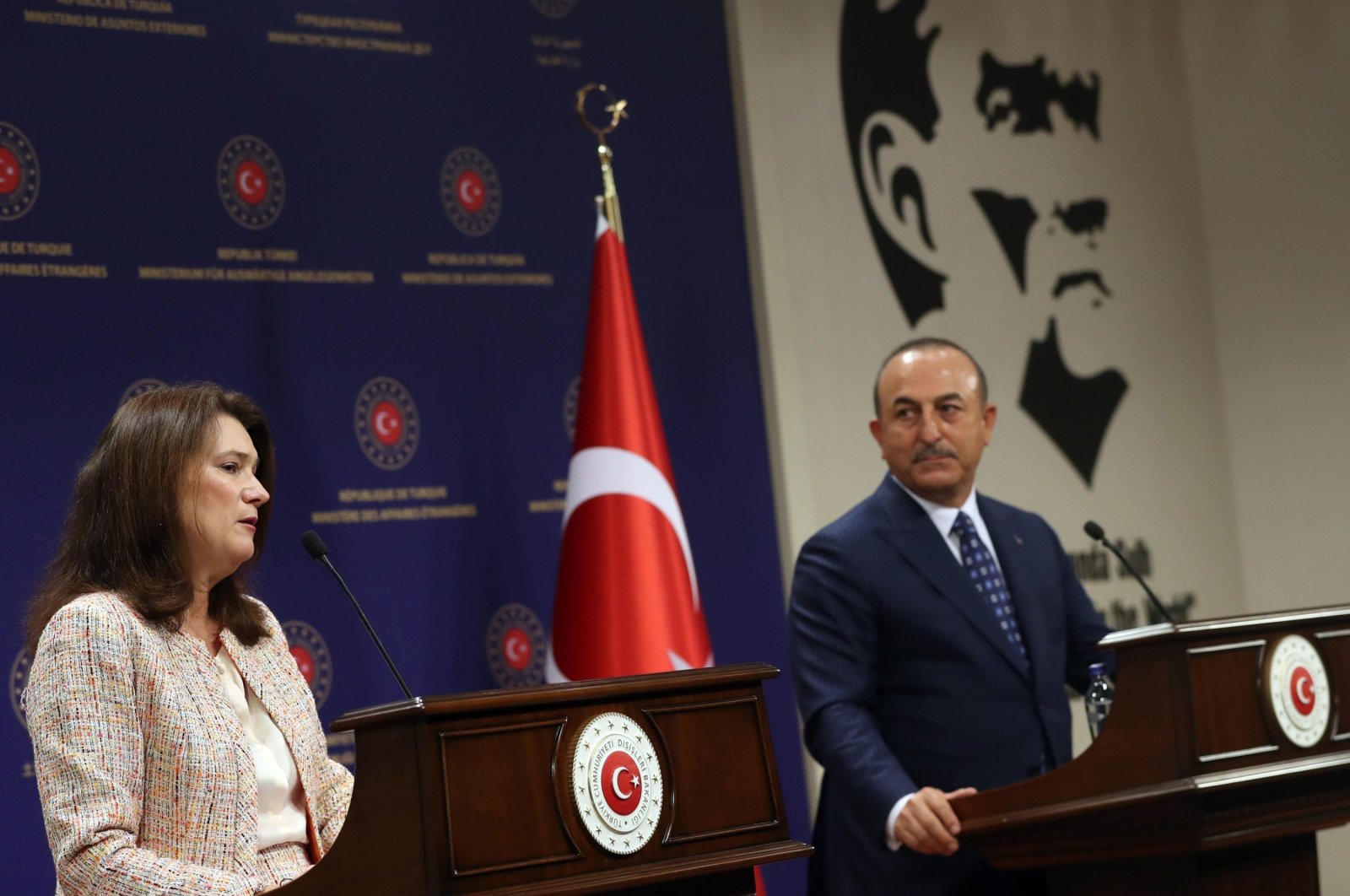 Speaking with Ferhat Abdi Şahin, code-named Mazloum Kobani, head of the YPG, Peter Hultqvist underlined that Sweden is ready to resume its cooperation with the YPG "for a long time."

"We need to find a solution to the problem of detention centers and prisoners. I, personally, will work on building new and improved detention centers and renovating the old ones. I will discuss this topic further with both my government and allies," the Swedish minister reportedly said during the meeting, referring to the conditions of the imprisoned Daesh terrorists at the hands of the YPG.

Hultqvist also expressed that he will talk with his government about sending representatives to northeastern Syria in support of the terrorist group.

"In order to decide on a mechanism to facilitate our aid (to the YPG), I will inform my colleagues of our meetings," he continued.

The photographs of the meeting were published on websites linked to the terrorist group.

This is not the first time Sweden has held meetings with terrorist leaders. Instead, this is a regular thing for the country since official delegations often visit northeastern Syria to meet with the YPG terrorists.

According to Anadolu Agency (AA), Sweden even has a contact office in the Malikiyye district of Hassakeh. The office, which will have the duty to enable coordination between the Swedish government and the YPG, is expected to be officially opened soon.

The PKK terrorist group continues to use the EU's territory for propaganda, recruitment, fundraising and logistical support activities, according to a report by the EU's law enforcement agency Europol released this June.

Sweden's history of cooperation with YPG

Back in October 2020, during the Swedish foreign minister's visit to Turkey, the topic of supporting terrorists came to the agenda once again, causing a stir between the two countries.

“We expect more solid steps from Sweden in the fight against terrorism. PKK terrorist members engage in attacks on our citizens in the country, including on Kurdish people, and carry out forcible money collection,” he added, underlining strongly that none of these activities comply with the notion of freedom of speech and that those activities, including the financing of terrorism, are activities banned by international law.

The U.S.-backed Syrian Democratic Forces (SDF) is a rebranded version of the YPG with which the U.S. has partnered under the pretext of fighting Daesh.

Soon after Linde's controversial visit, again back in October 2020, a delegation headed by Sweden's special envoy to Syria, Per Orneus, went to Syria's northeastern Qamishli province upon the orders of Linde.

Other figures also included in the delegation were Thomas Marcus, head of the humanitarian aid in the Swedish Foreign Ministry, as well as Evin Çetin, a consultant of the European Institute of Peace. Çetin is known for footage where she is dancing alongside terrorists in a camp belonging to the PJAK, an offshoot of the PKK terrorist group based in Iran.

Qamishli is very close to the Turkish border. Control of the town has mainly switched to Bashar Assad forces, while the YPG/PKK is also present.

Having several meetings in the region, including one with Kobani, the delegation visited the graves of killed terrorists and placed wreaths.

"I cannot describe their sacrifices with words," he continued, adding that Sweden's solidarity with the terrorist group will continue.

Back in 2018, the Turkish Embassy in Stockholm has sent a diplomatic note to the Swedish Foreign Ministry after the youth branch of Sweden's Left Party launched a donation campaign for the YPG.

Meanwhile, Turkey has summoned the Swedish ambassador over the issue.

“Our condemnation regarding the videoconference between Swedish Defense Minister Hultqvist and the terrorist leaders after the meeting between Foreign Minister Linde and terrorist elements, the fact that Sweden has intensified relations with the PKK/YPG-led separatist SDF has been expressed,” the Ministry of Foreign Affairs said in a statement.

“The individuals that Sweden is engaged with are PKK terrorists, as recognized by the European Union itself. It was also underlined that Sweden is openly violating international laws by its dangerous policies that include supporting those targeting the territorial integrity and security of Turkey, and that it seriously harms our bilateral relations,” it added.

“It was also emphasized that our country expects Swedish authorities to not support terrorist groups, invites it to put efforts for Syria’s unity, territorial integrity and permanent stability; and that we will continue our commitment to fight Daesh and PKK terrorist groups no matter who their supporters are,” the ministry concluded.