Taliban says it asked for Turkey's support in Afghanistan 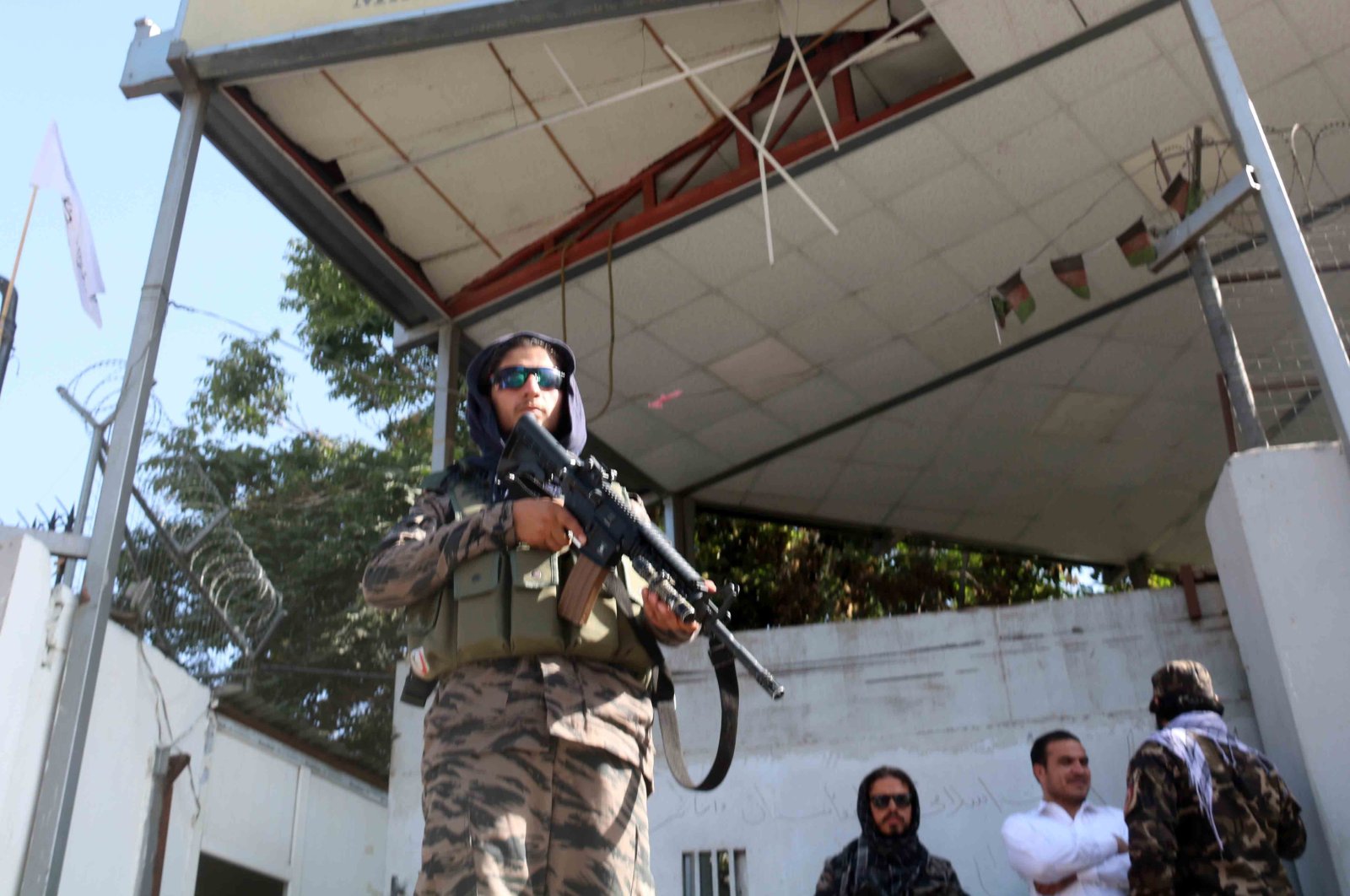 The Taliban have asked all countries, primarily Turkey, to help the Afghan people and Afghanistan, the spokesperson of the Taliban's Political Bureau in Qatar, Mohammad Naeem Wardak said Wednesday.

Speaking to the Anadolu Agency (AA) following the Taliban's takeover of the capital Kabul and their rule in Afghanistan, Wardak spoke on many issues such as Turkey's role, the messages the Taliban gave at home and abroad, the rights of women and minorities, the form the administration would take and those who have fled the country.

Wardak said that "Turkey is an important country, Turkish people are Muslims and a brotherly people. We have historical, social and cultural relations with Turkey." Wardak added that they want to improve relations in the future and that the Taliban is in communication with Turkey.

President Recep Tayyip Erdoğan also said Friday, "If needed we can meet with the Taliban." He also added, "When there is a knock on the door on this issue, we will open our door and conduct our negotiations."

Last week, Erdoğan welcomed the moderate statements made by Taliban officials and announced that Turkey is ready to cooperate with all parties to ensure peace and stability.

Erdoğan said that Turkey's military's presence in the country will strengthen the new Afghan administration's hand in the international arena. The Turkish president also announced that Turkish troops would protect Kabul Hamid Karzai International Airport and ensure that evacuations continue in a safe and peaceful manner.

Foreign Minister Mevlüt Çavuşoğlu also stated that Turkey would act in coordination with the international community on its position on the recognition of the new government in Afghanistan.

Wardak, in answering the question about whether the Taliban needed Turkey's support, said: "There is no doubt about it. We want this (support). Our people have been at war for 40 years and they need help. We ask all countries of the world, especially Turkey, to help our people and our country," he said.

Emphasizing that Turkey can play an important, constructive and positive role in Afghanistan and in the reconstruction of the country and that they need this role, Wardak noted the following regarding the structure of relations between the two countries: "There are two main concerns in our relations. The first is the principles of the religion of Islam, and the second is the high interest of the country and the people. Because of these two concerns, we want to establish good, constructive and positive relations with Turkey in particular. We have no problems with Turkey."

Erdoğan recently also said that Turkey has shown the necessary effort in terms of both infrastructure and superstructure in Afghanistan with all its means, and it is still continuing this work.

Regarding Kabul airport, Wardak also said: "The airport is Afghan territory and Afghans are responsible for their land, institutions and honor. This is a matter of sovereignty. Aid is another (thing), but the administration of the country is our duty and we are able to do it. Why are they afraid now? You saw, foreign forces were at the airport, what they did, people rained from planes. But now we have made the airport perimeter safe. This is our country, our home. We know the ins and outs of our home and what is in our favor. No country in the world accepts the security of its own airport by someone else. We also ask everyone to respect the rules and sovereignty of visiting the country."

While the U.S.-led NATO troops are ready to completely withdraw from the war-torn country, Turkey, whose forces in Afghanistan have always been comprised of noncombatant troops, has offered to guard and run Kabul airport after the NATO troops’ withdrawal.

Ankara has been holding talks with Washington on logistical and financial support for the mission, as questions remain on how security will be assured along major transport routes and at the airport. The security of the airport is crucial for the operation of diplomatic missions out of Afghanistan as Western forces pull out.

In exchange, Ankara has asked for financial, logistical and diplomatic conditions to be met. The Turkish Foreign Ministry has also called for fair burden-sharing of the task given that the “uninterrupted, safe operation of the airport is indispensable for the continued presence of diplomatic missions in Afghanistan.”

However, the swift Taliban takeover has left the Turkish plan in limbo. The Taliban have opposed Ankara’s proposal, saying that Turkey should also withdraw its troops in line with the 2020 deal for the pullout.

Erdoğan last week said Turkey was still prepared to protect Kabul airport following the Taliban takeover, and Ankara was talking with all concerned parties. "We aimed at ensuring the security of the airport and contributing to the security of this country after the withdrawal of American (troops). We still maintain this intention," Erdoğan said in a televised interview.