Talks with Turkey over Nagorno-Karabakh a must: Russia's Medvedev 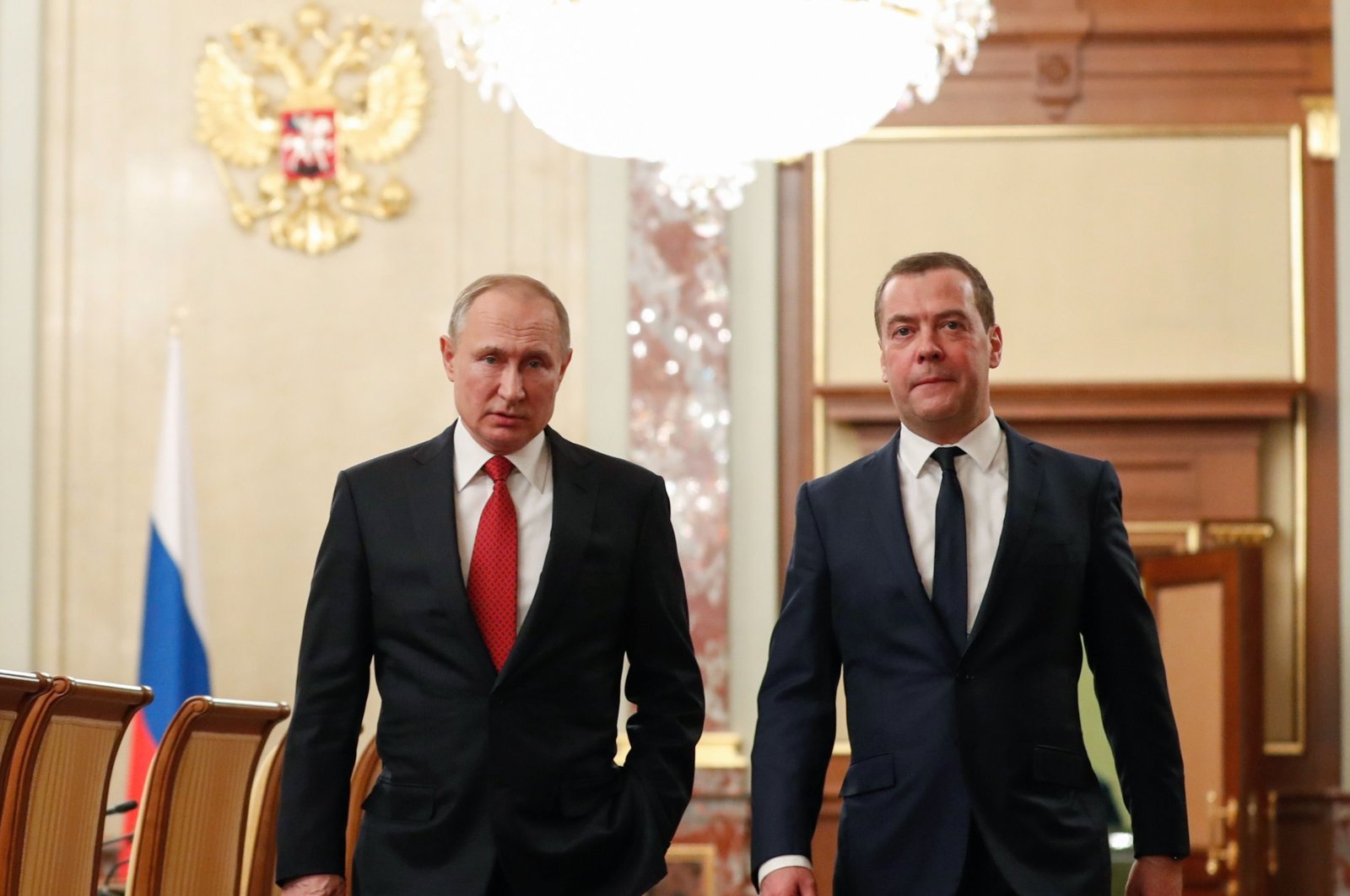 Negotiating with Turkey over the recently liberated Nagorno-Karabakh is a "reality" of the region, Russian Security Council Deputy Chairperson Dmitry Medvedev said Monday.

Speaking with a group of journalists for an interview, the former Russian president and prime minister highlighted Turkey's importance as a neighbor and a strategic partner of Russia while pointing at the well-established ties that Ankara has with Baku that necessitate its involvement in the Nagorno-Karabakh conflict.

According to Medvedev, there is a "fruitful dialogue" between Ankara and Moscow, as the leaders, Russian President Vladimir Putin and President Recep Tayyip Erdoğan, are in constant communication.

As far as the joint Turkish-Russian Observation Center that has recently become active is concerned, Medvedev expressed that the center is a part of forming general stability in the region.

"However, I would not regard this (the center) as a long-term political commitment or would avoid coming up with conspiracy theories over it. We have to realize the realities of our region. The reality is, today, we have to negotiate this issue of the Nagorno-Karabakh crisis with our partners in Turkey," he emphasized.

On Saturday, the Azerbaijani Defense Ministry announced that the joint Turkish-Russian observation center, established to monitor the cease-fire following the conflict in Nagorno-Karabakh, has come into operation.

The center, which both countries agreed to set up in November, officially opened in the Aghdam region of Azerbaijan. Both Turkey and Russia will send up to 60 personnel each to run the center, the ministry said in a statement.

Later Saturday, Erdoğan held a phone call with Azerbaijani President Ilhan Aliyev. During the conversation, Aliyev congratulated Erdoğan on the launch of the joint observation center. Ankara said on Friday that one Turkish general and 38 personnel will work at the center.

The Russian Defense Ministry, quoted by Interfax, said, "Monitoring will be carried out through the use of unmanned aerial vehicles as well as the evaluation of data received from other sources."

Regarding Putin's efforts in the region, Medvedev said his attempts to normalize the situation in Nagorno-Karabakh is "precision work."

Medvedev reiterated that there was yet another conflict in the region back in 2016 and "a road map was prepared at the time, but, unfortunately, the two countries did not use it," which "led to a new conflict, a prolonged one, with many victims."

"It is very good that thanks to the efforts of the Russian president – and this was precision work, I watched Vladimir Vladimirovich (Putin) work once, he engaged in hourslong discussions with all participants of this conflict – without this work, this conflict could have continued right now," Medvedev stated and continued: "It is a huge task that both Armenia and Azerbaijan should be very grateful to the Russian president for."

The Security Council deputy chairman further said that, "The situation has mostly settled (in Nagorno-Karabakh), and this is the most important thing, that people don’t die and there are opportunities for development."

The first meeting of Russia, Azerbaijan and Armenia's newly established trilateral group on Nagorno-Karabakh took place on Saturday in Moscow. The meeting was co-chaired by the deputy prime ministers of the three countries, according to a statement by the Russian government.

"The parties agreed to establish the expert subgroups related to railway, automobile and intermodal transport; transportation, including security, border, sanitary, veterinary, phytosanitary and other types of control," the statement noted.

The expert groups will be established by Feb. 2, and they will hold their first meetings by Feb. 5. The trilateral working group was scheduled to convene its next meeting in Moscow, with the date to be set by the co-chairs in due course.

On Jan. 12, the leaders of Russia, Azerbaijan and Armenia Monday signed a pact to develop economic ties and infrastructure to benefit the entire Caucasus region. The trio met two months after a cease-fire deal ended a 44-day conflict over the Nagorno-Karabakh region.

Alongside Azerbaijani President Ilham Aliyev and Armenian Premier Nikol Pashinian, Putin hailed the talks as "extremely important and useful." Nagorno-Karabakh is internationally recognized as part of Azerbaijan but had been under the occupation of ethnic Armenian separatists for nearly three decades.

After six weeks of fighting last year, Azerbaijan and Armenia signed a Russia-brokered cease-fire for the region. Under the agreement, Armenia must provide Azerbaijan with a safe transport link through its territory to the exclave of Nakhchivan, which borders Turkey. Russian peacekeepers were also deployed to the region under the deal.