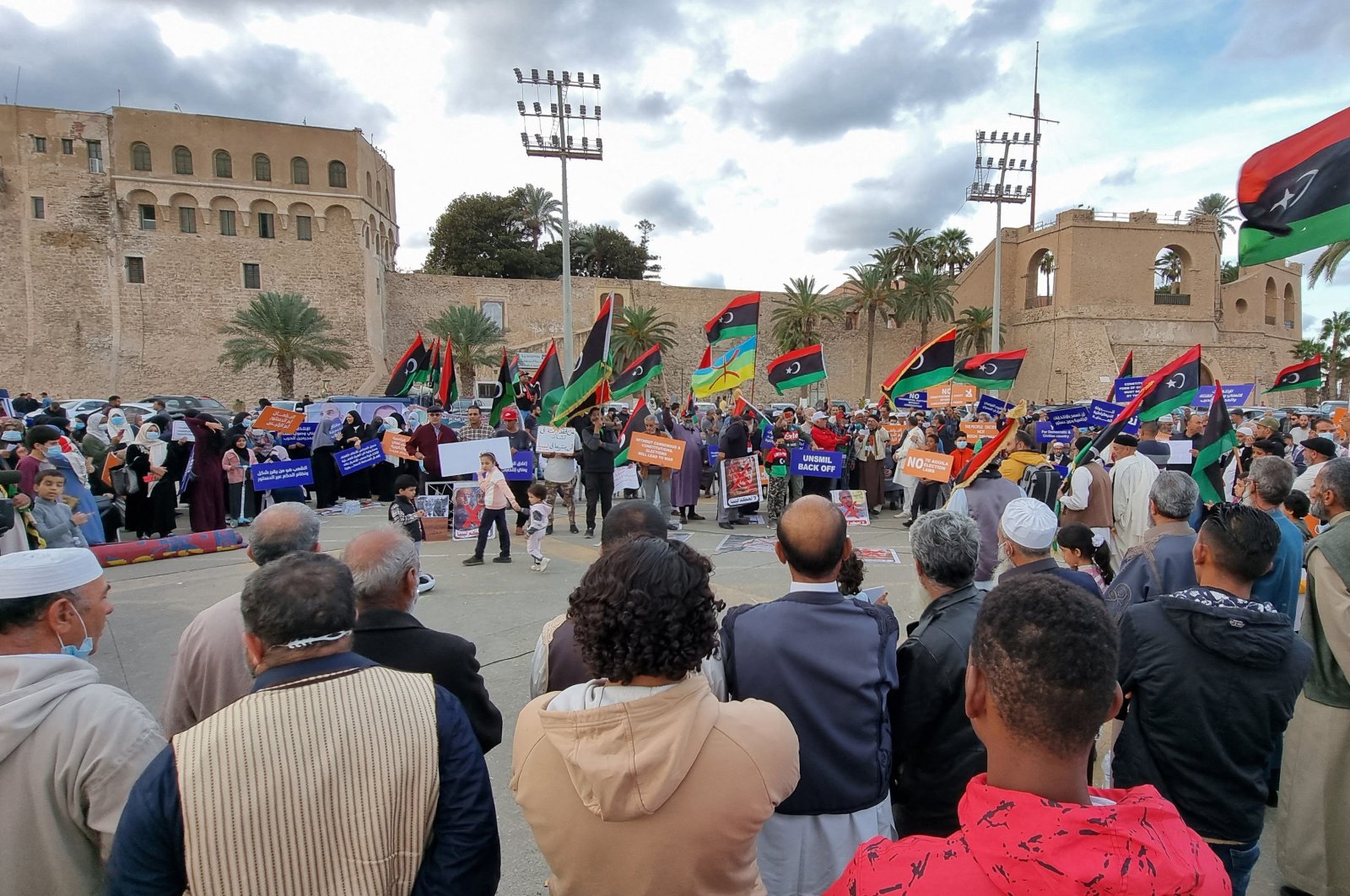 Those who want political stability and unity in Libya should be grateful for Turkey's efforts that led to the establishment of a political process in the country, Presidential Spokesperson Ibrahim Kalın said Tuesday.

Speaking during a web panel entitled "Libya’s Political Uncertainties Ahead of Elections" organized by the Foundation for Political, Economic and Social Research (SETA), Kalın noted that the Turkish military is in Libya upon the invitation of the legitimate Libyan government to help the Libyan people and administration achieve political stability, ensure territorial integrity and establish a united national army.

He underlined that Turkey's critical role in Libya helped end the civil war and establish security and stability, paving the way for the ongoing political process.

Noting that some international actors complain about Turkey's presence in Libya, presenting it as a foreign force, Kalın said that that is not the case because the Turkish forces are there in line with mutual agreements signed with the legitimate government.

Turkey aims for Libyans to have political stability and unity, territorial integrity, economic development, peace and security, he added.

The North African country has been mired in civil war since the overthrow of dictator Moammar Gadhafi in a 2011 uprising. The bloodshed has drawn in competing Libyan factions and extremist groups as well as foreign powers. After years of conflict between the United Nations-recognized Government of National Accord (GNA) and illegitimate forces loyal to putschist Gen. Khalifa Haftar in Libya and the consequential difficult diplomatic period, an interim unity government was established earlier this year. Selected through a United Nations-led process, Libya’s new unity government, the Government of National Unity (GNU), was sworn in on March 15. It is derived from two rival political groups that ruled the country's eastern and western regions, completing a smooth transition of power after a decade of violent chaos. The interim government will lead Libya to the Dec. 24 elections.

In 2019, Ankara signed a maritime delimitation agreement with the GNA over the Eastern Mediterranean that provided a legal framework to prevent any fait accompli by regional states. The two countries also signed a military cooperation accord. According to a deal with the legitimate government in Libya, Turkey sent troops to shore up the U.N.-recognized government in Tripoli while Russia and other countries, including France, supported the eastern-based illegitimate forces led by warlord Haftar.

Security sources in Ankara have several times pointed out that Turkish forces cannot be classified as foreign fighters, unlike Russia’s Wagner mercenary group, as Turkish soldiers are in the country upon an official invitation by the Libyan government. In April 2019, Haftar and his forces, backed by Egypt, Russia, France and the United Arab Emirates (UAE), launched an offensive to try and capture the capital, Tripoli. His 14-month-long campaign collapsed, and the fall of Tripoli was prevented after Turkey stepped up its military support of the U.N.-backed government.

Kalın also drew attention to the major transformation Libya has been going through. He said that since the end of the Gadhafi era following the 2011 uprising, Libya went through a semi-democratic process then brutal civil war but now is the time for the third phase, a democratic process.

Given the political realities on the ground and fast-changing dynamics in North Africa, the Eastern Mediterranean and surrounding areas, this 10-year period saw radical transformations, Kalın said, highlighting that migration and terrorism also impacted the region.

He stated that Turkey is pleased Libya has put the devastating civil war behind it and that this should be seen as an opportunity to move a political process forward.

However, despite all these positive developments, there are some major issues that need to be addressed, Kalın said.

"First of all, territorial integrity and political unity must be maintained at all costs," he underlined.

For that aim, he stressed the necessity for a legal basis and political consensus among political actors in Libya.

He also said that it is up to Libyans to hold elections as scheduled on Dec. 24 or to delay it due to the political realities on the ground or legal obstacles, adding that Turkey supports the elections being held as scheduled in a stable environment.

Kalın also added that it must be a Libyan-led process that is supported by international actors.

The presidential vote on Dec. 24 and legislative elections are the core parts of a U.N. plan to help restore stability, but the calendar has been under pressure as tensions resume between rival camps. There are also fears over whether the various factions will recognize the results of the polls, which could mark a turning point for a country that has become a major departure point for migrants seeking to cross the Mediterranean for Europe.

Kalın also criticized the perspectives of Western countries, especially European actors, on the Libyan crisis, saying that they see Libya only in terms of migration, terrorism and energy.

"As long as there is no terrorism and migration threat coming from Libya and there are functioning regulations for the energy resources, the Libyan file is okay for Europe," he said describing it as a narrow-minded perspective.

Another statement on the ongoing process in Libya came from Turkey's Defense Ministry on Tuesday.

The ministry stated that Turkey's military training, aid, cooperation and consultation activities continue in the country, noting that 6,799 Libyan military personnel had completed their training so far while 974 are being trained.

"As we emphasize on every platform; Turkey is not a foreign power in Libya. Currently in Libya, if there is a development in the name of stability and the political process has started, this has been possible with the contributions of Turkey. Libyan rulers also express this fact," it said.

"The main problem in Libya is the Haftar group and those who support him. The main reason why a solution could not be reached in Libya stems from this," it added.

"Turkey wishes the Libyan people to achieve the prosperity and democracy they deserve and provides every possible support to ensure that the presidential elections scheduled for 24 December can be held in peace," read the statement.