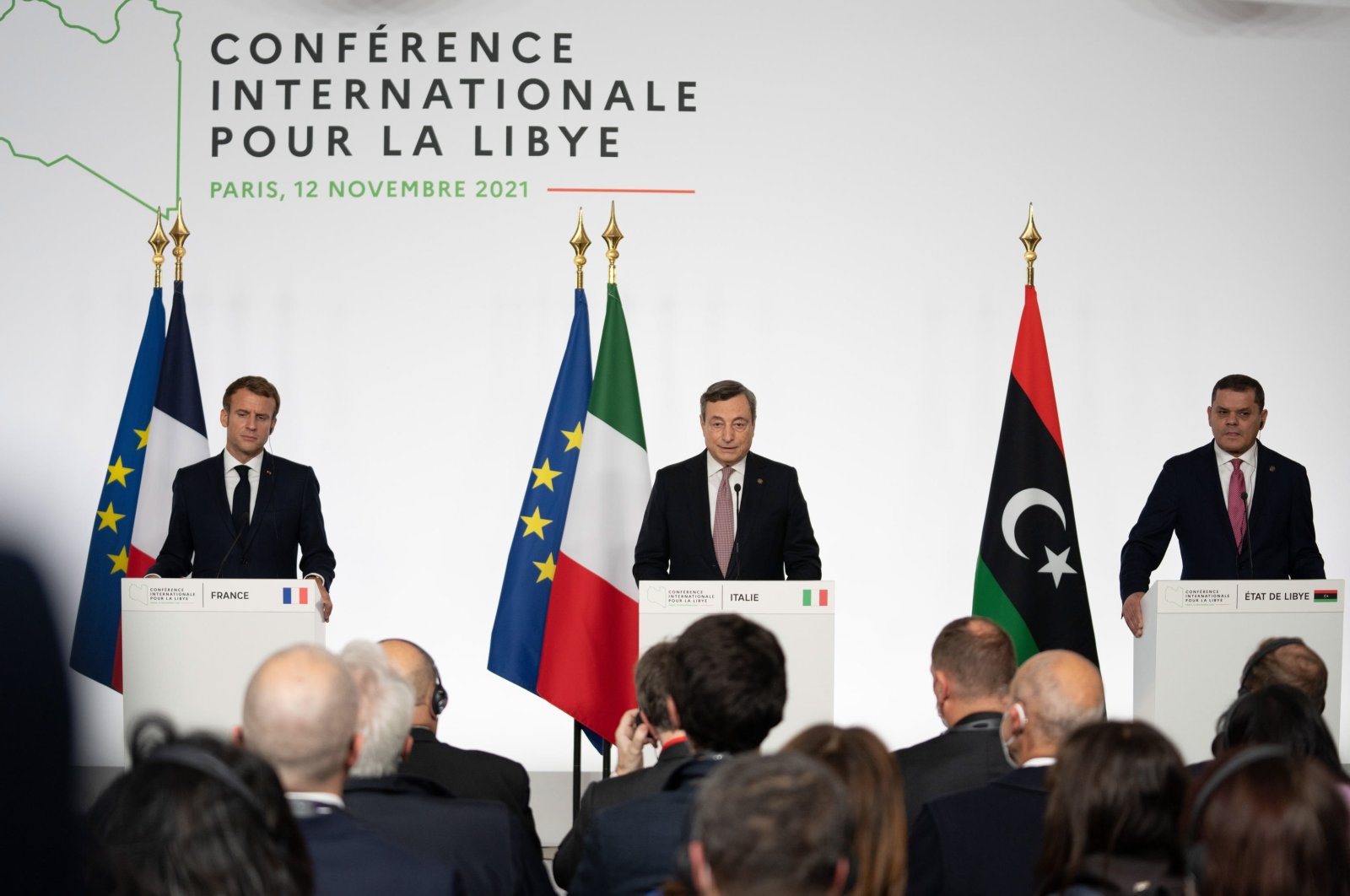 Turkey on Saturday rebuffed French President Emmanuel Macron's call on foreign powers to remove their forces from Libya as part of efforts to turn the page on a decade of strife, underlining that Turkish military presence there is to help the Libyan army train.

According to a deal with the legitimate government in Libya, Turkey sent troops to shore up the United Nations-recognized government in Tripoli while Russia and other countries including France supported the eastern-based illegitimate forces led by putschist Gen. Khalifa Haftar.

Macron told an international conference on Libya in Paris on Friday that "Russia and Turkey must withdraw their mercenaries without delay."

But Turkey's Presidential Spokesperson Ibrahim Kalın told Agence France-Presse (AFP) on Saturday that putting the emphasis on a quick troop withdrawal was "wrong."

"If you single out the pulling out of foreign forces ... from Libya, as the most important, as the top issue, we believe that is wrong," Kalın said in an exclusive interview.

"Libya needs support for its political process, the elections, economic issues," he said in reference to presidential polls that world leaders would like to go ahead on Dec. 24.

France itself has faced accusations of backing Haftar but has always insisted it has been fully objective in the conflict.

Turkey sent only a low-level delegation to Paris as a sign of continued displeasure with Macron's foreign policy stance.

Kalın said a continued Turkish military presence in Libya will help support political stability and security in the energy-rich state.

"Our military presence there is to help the Libyan army train," he said.

"We are there as a force of stability and help to the Libyan people. And our priority as far as security is concerned is to help the Libyans establish their united Libyan National Army."

In April 2019, Libya’s putschist Gen. Khalifa Haftar and his forces, backed by Egypt, Russia, France and the United Arab Emirates (UAE), launched an offensive to try and capture the capital, Tripoli. His 14-month-long campaign collapsed, and the fall of Tripoli was prevented after Turkey stepped up its military support of the United Nations-backed government.

France is the country that is committing crimes and playing a dangerous game in Libya, Ankara said last year, also underlining the "dark and inexplicable" policy by France toward Libya and said Paris’s support for the forces of putschist Haftar against the U.N.-recognized Government of National Accord was exacerbating the crisis in the country.

Ties between NATO allies France and Turkey have soured in recent years over Libya, northern Syria, drilling in the Eastern Mediterranean and anti-Muslim policies adopted by the Macron government.

World leaders and diplomats met in France on Friday for an international conference aimed at ensuring Libya sticks to a plan to hold elections in December and turn a new page in its history.

The presidential vote on Dec. 24 and legislative elections are the core parts of a U.N. plan to help restore stability, but the calendar has been under pressure as tensions resume between rival camps.

There are also fears over whether the various factions will recognize the results of the polls, which could mark a turning point for a country that has become a major departure point for migrants seeking to cross the Mediterranean for Europe.

The scheduling also remains unclear – presidential and parliamentary elections were both slated for Dec. 24.

In early October, parliament then pushed back the legislative elections until January, though world powers and the U.N. want them held simultaneously.