Ties with Russia not an alternative to US or NATO, Ankara says 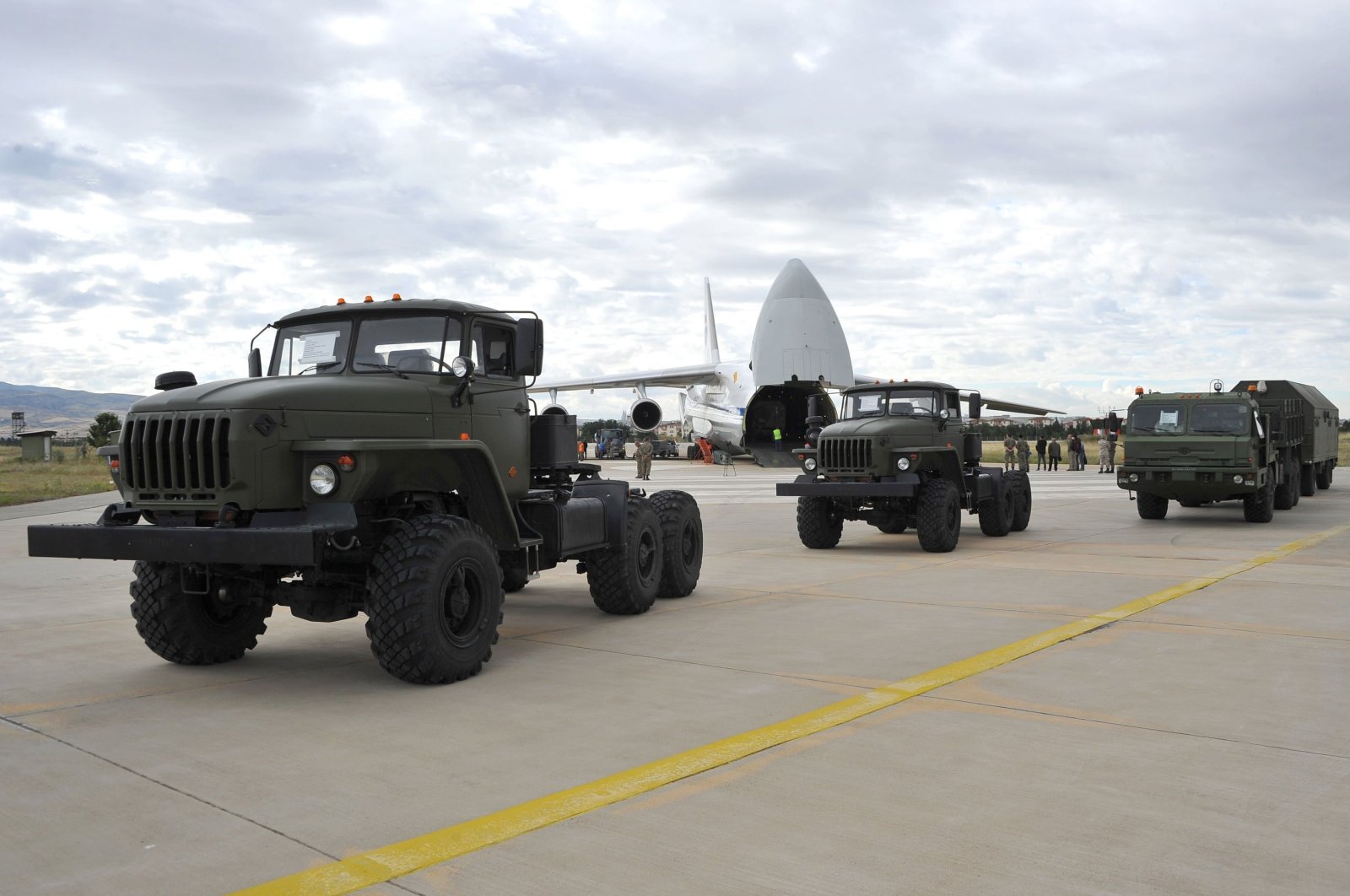 Ahead of the upcoming Erdoğan-Biden meeting, the head of the Turkish Parliament's Foreign Affairs Committee underlined Turkey's commitment to the NATO alliance

The S-400 issue is over for Turkey, said the head of the Turkish Parliament's Foreign Affairs Committee, Akif Çağatay Kılıç, on Friday while underlining that the country's relations with Russia are not an alternative to its ties with the United States or NATO.

The S-400 matter is expected to be one of the topics that will be discussed during President Recep Tayyip Erdoğan and U.S. President Joe Biden's meeting this month. Addressing reporters in the capital Ankara, Kılıç commented on the issue and said that the purchase of the defense system did not violate NATO rules.

"The issue of S-400 is done for us. We took this step and this does not mean that we do not fulfill our responsibilities for NATO," he said noting that Turkey has clearly explained its stance on the issue a number of times.

"Due to the attitude of a NATO ally or our allies who did not stand by us and did not support us adequately, we took our own decision and walked the path. Why did we do this? For our own security. We did it without putting any international agreement aside," he said.

Foreign Minister Mevlüt Çavuşoğlu also recently said that it is not possible for Turkey to accept other countries' proposal not to activate and use the S-400 missiles.

Stating that NATO rules were not violated when buying the missiles and that other NATO members had also purchased Russian-origin defense systems before, Kılıç said, "If the previous U.S. administration's decision regarding the Patriots had not been like that, would we be at this point today? We don't know. It is a situation that has entered the pages of history at the moment."

However, the Russian-made S-300 system has been sold to 20 countries, including NATO member countries like Bulgaria, Greece and Slovakia. The S-300 system, completed in 1978, is designed to defend against short- and medium-range air attacks and is considered one of the world’s most powerful air defense systems. In 1996, Greece signed a deal with Russia for the purchase of S-300s for deployment on Greek Cypriot soil. These missiles could not be deployed in southern Cyprus as a result of Turkish pressure, but in 1998, they were deployed in Crete, whose strategic importance has been rising steadily. Greece signed new agreements with Russia in 1999 and 2004 to purchase TOR-M1 and OSA-AKM (SA-8B) medium- and low-altitude air defense systems. These Russian-made air defense systems are currently an integrated part of the air defense system of Greece and have also been deployed by the Greek Cypriot administration.

NATO, like the U.S., argues that alternatives to the S-400s should be found. In October, Secretary-General Jens Stoltenberg reiterated that it is up to the individual nation to decide on its defense mechanisms.

Kılıç also evaluated the upcoming Erdoğan-Biden meeting and said: "First of all, just as Mr. Biden is a democratically elected president and we respect him by addressing him as such, it is natural for us to expect the same from the new U.S. administration as the president of the Republic of Turkey is an elected president and there is no question mark about it."

Highlighting that Erdoğan and Biden already know each other, Kılıç said: "I believe that Biden will hear some things much more clearly in the private meeting and that the work related to his so-called statements and decisions on some issues was not done by faith or based on evidence. I guess he will be told that it was done with a populist approach. In the future, I hope we will adopt a fact-based approach based on documents and information."

The meeting, which will take place June 14 on the sidelines of the NATO summit in Brussels, is backdropped by a fair amount of tension between the two countries. The presidents will discuss regional and bilateral ties, White House spokesperson Jen Psaki said in a written statement Thursday.

In their first phone call since the American president assumed office in January, Erdoğan and Biden last month agreed to meet on the sidelines of a NATO summit.

“From Syria to Libya, and from fighting against terrorism to energy, and from trade to investments, we have a serious potential of cooperation with the U.S.,” the president said.

Ankara and Washington disagree on a number of issues that have further strained bilateral ties; from Turkey’s purchase of Russian S-400 air defense systems to U.S. support for the Syrian branch of the PKK, the YPG, as well as the U.S. refusal to extradite Fetullah Gülen, leader of the Gülenist Terror Group (FETÖ).

While evaluating the Turkey-Russia relationship, Kılıç said Turkey's good relations with Russia are not a substitute to its accord with the U.S. or NATO, underlining that the frequent references to an "axis shift" are unfair.

"Why can't I improve my relations with my closest neighbors, Russia, while fulfilling my responsibilities as a NATO member?" asked Kılıç, pointing to the fact that Russia and Germany collaborate on the Nord Stream-2 project together.

Noting that the majority of the "axis shift" allegations came from Germany, Kılıç continued by saying:

"Isn't Germany a NATO member? The U.S. does not want Nord Stream-2, but Germany continues. Why isn't Germany asked, 'Is your axis slipped?' OK, there are some voices in the press, but is there a threat to Germany from the point of view of the U.S.? But we were threatened about the S-400. Frankly, we didn't care, we continued for our own safety. If Germany can take this relationship away, we will do the same."

"There is no such competition in international politics. We know our points of disagreement with Russia, but we also know the points we can agree on. We will never recognize the annexation of Crimea, we also closely follow our kinsmen and religious people there," he added.