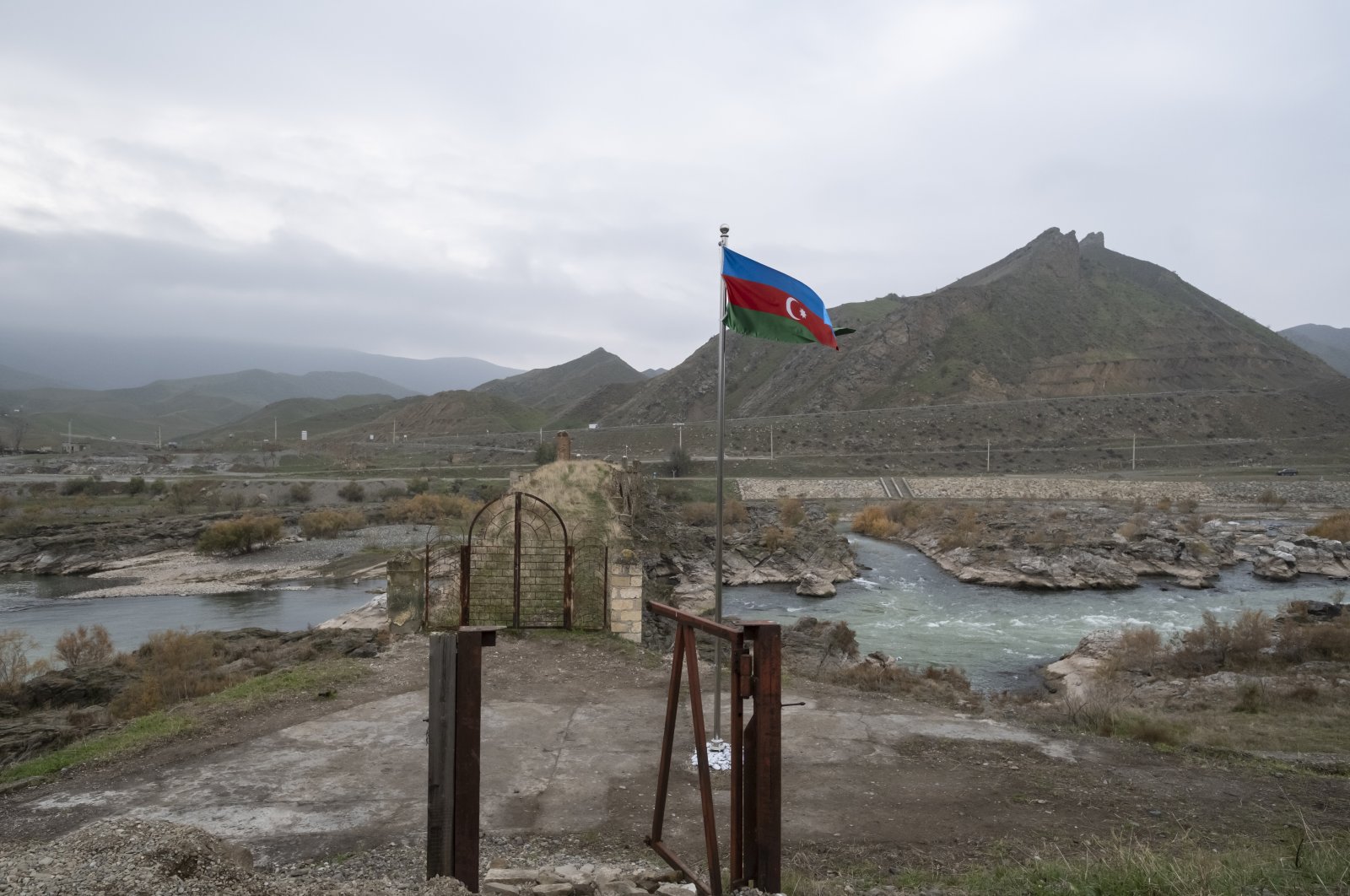 An Azerbaijani national flag flies next to the 13th century Khodaafarin Arch Bridge connecting the northern and southern banks of the Aras River located at the border of Azerbaijan and Iran, Jabrayil, Azerbaijan, Dec. 15, 2020. (Getty Images)
by DAILY SABAH Dec 20, 2021 1:08 pm
RECOMMENDED

Speaking at a joint news conference with his Malaysian counterpart Saifuddin Abdullah in the capital Ankara, Çavuşoğu touched upon the recent normalization efforts with Armenia.

Underlining the importance of cooperation in the region, he highlighted the significance of joint projects that connect the countries and contribute to their economies.

"Our desire is the development of stability and peace in the South Caucasus, also the realization of projects that contribute to the economy that connects countries, just like the Zangezur corridor," he said.

Once part of Azerbaijan's territory, Zangezur was later assigned by the Soviet Union to the Armenian Soviet Socialist Republic in the 1920s. It is now set to be the site of a new passageway between Azerbaijan and Nakhchivan in the wake of last year's conflict in the Nagorno-Karabakh region.

Azerbaijan has plans for many projects in the Zangezur corridor, including motorways and rail lines.

Reiterating that a special representative will be appointed and that the move was reciprocated by Yerevan, Çavuşoğlu also noted that airlines' requests to operate flights will be answered.

The international community, including the United States, has welcomed the initiative taken by Turkey and Armenia to mend long-broken relations.

The relationship deteriorated more recently after Turkey supported Azerbaijan, which fought a brief war with Yerevan last year for control of the Armenian-occupied Nagorno-Karabakh region. However, countries in the region have recently been signaling a desire for further cooperation in the South Caucasus.