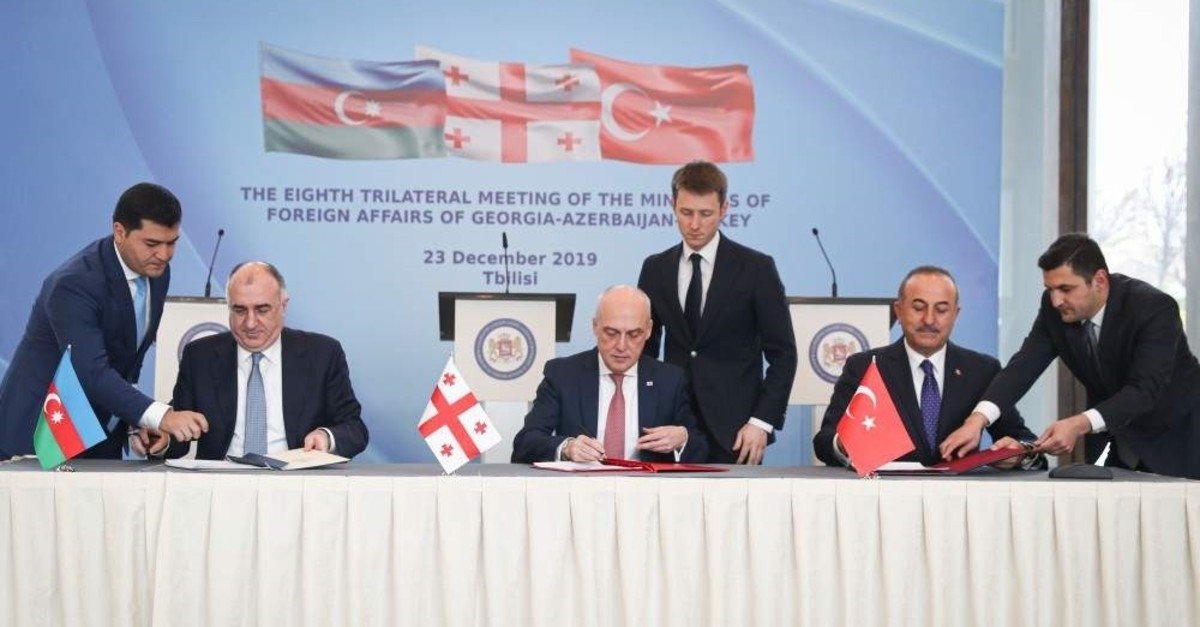 Foreign Minister Mevlüt Çavuşoğlu will pay an official visit to Azerbaijan on Feb. 18-19 to attend the ninth meeting of the trilateral mechanism between Turkey, Azerbaijan and Georgia, a Turkish Foreign Ministry statement said Wednesday.

The meeting will be held between Çavuşoğlu and his Azerbaijani and Georgian counterparts, Jeyhun Bayramov and David Zalkaliani. The three ministers will discuss bilateral and trilateral relations as well as regional issues to enhance strategic cooperation. Azerbaijani President Ilham Aliyev will also receive Çavuşoğlu.

The three countries are a part of the trilateral mechanism that was initiated by the Trabzon Declaration on June 8, 2012. Since that date, military chiefs and the foreign ministers of the three countries have been organizing regular meetings. The framework provides fertile ground for discussions on the consolidations of regional stability and security.

The countries also have several joint projects in various fields. One of these projects, the Baku-Tbilisi-Erzurum pipeline, started delivering gas to the Turkish network in July 2007. By last year, it had delivered 3.4 billion barrels of crude oil shipped from the marine terminal at Ceyhan in southern Turkey to global markets in 14 years. Similarly, the 1,076-kilometer (669-mile) Baku-Tbilisi-Ceyhan (BTC) pipeline started delivering Caspian oil to Turkey and global markets in 2006.

Another major project, the Baku-Tbilisi-Kars railroad, opened in 2017 and connects not just Turkey, Georgia and Azerbaijan but also Europe to Central Asia and China. The 829-kilometer railway line, extending from Baku to Kars, complements a major part of the Middle Corridor with the Caspian Pass line.