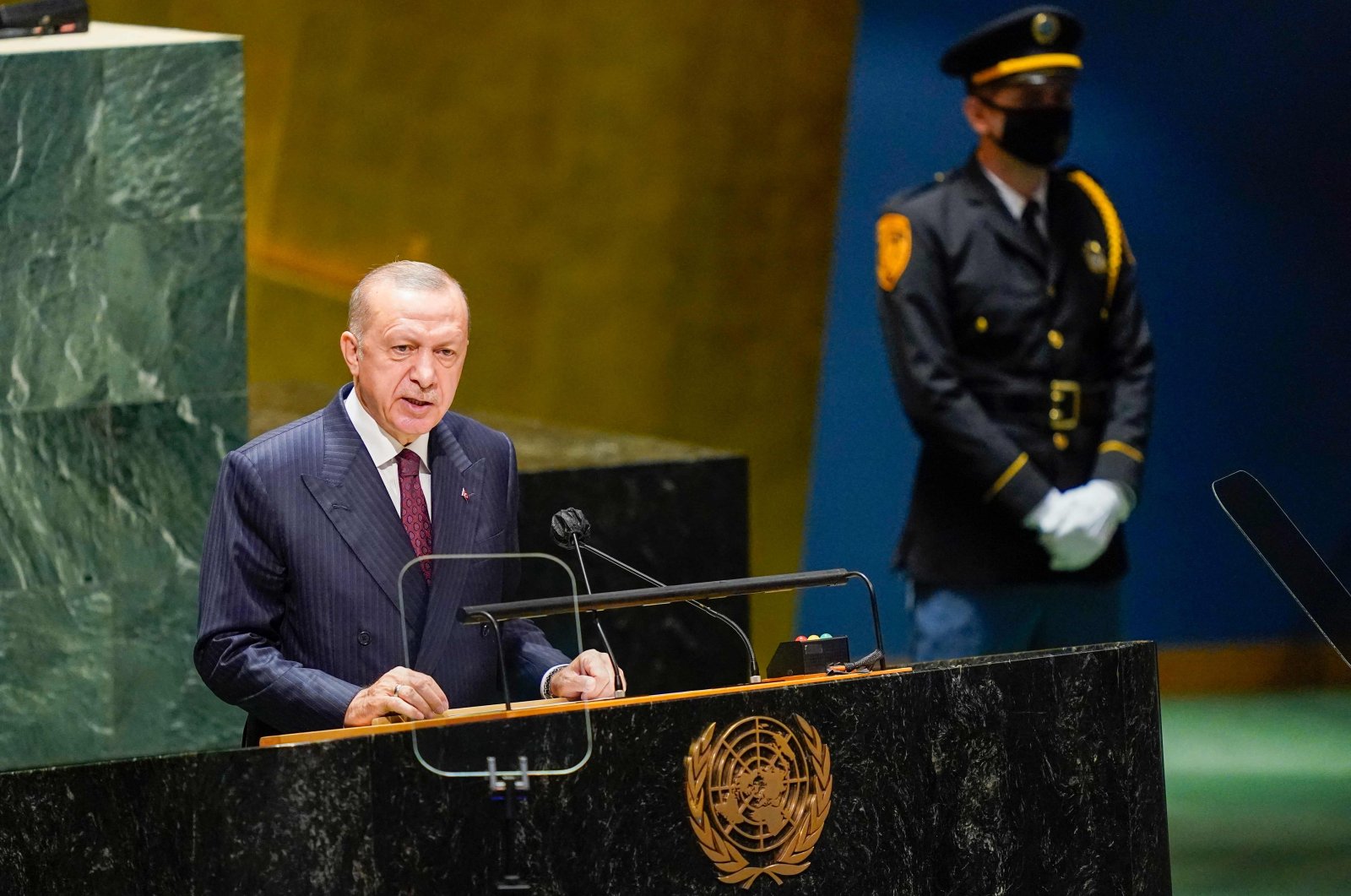 Turkey cannot shoulder the burden of a new migration wave, President Recep Tayyip Erdoğan said on Tuesday at the United Nations General Assembly (UNGA), amid an increasing number of immigrants fleeing the Taliban rule in Afghanistan.

The Taliban have rapidly retaken control of the country and acted quickly to fill in the power vacuum left by the withdrawal of the U.S. The Taliban’s rule, however, has caused many Afghans to flee the country in fear of prosecution by the militant group.

Speaking about the deepening crisis in Afghanistan, Erdoğan blamed the West for imposing solutions that ignored reality.

“We have tragically witnessed once again in Afghanistan how solutions that ignore reality and collide with the social fabric of the people ultimately fail. The Afghan people have been forced to face alone the consequences of instability that has been ongoing for more than 40 years,” he said, adding that Turkey would continue to do the best it can to aid Afghan people in their time of need.

But the president said Turkey would not bear the responsibility of another migration wave.

“As a country that has saved human dignity in Syria, we neither have the means nor the patience to face another migration wave,” Erdoğan said.

Noting that Turkey is hosting more than 1 million refugees in addition to Syrians, Erdoğan said world powers have to assume their own responsibilities in solving the migrant crisis.

Authorities say there are 182,000 registered Afghan migrants in Turkey and up to an estimated 120,000 unregistered ones. Erdoğan previously urged European countries to take responsibility for any new influx, warning that Turkey had no intention of becoming "Europe's migrant storage unit."

As recently announced, to ensure the safety and security of the Turkish-Iranian border, a 295-kilometer (183-mile) long wall will be constructed along the entire shared border. It is hoped that the wall will help prevent illegal crossings and the trafficking of contraband while hindering terrorists from infiltrating the country.