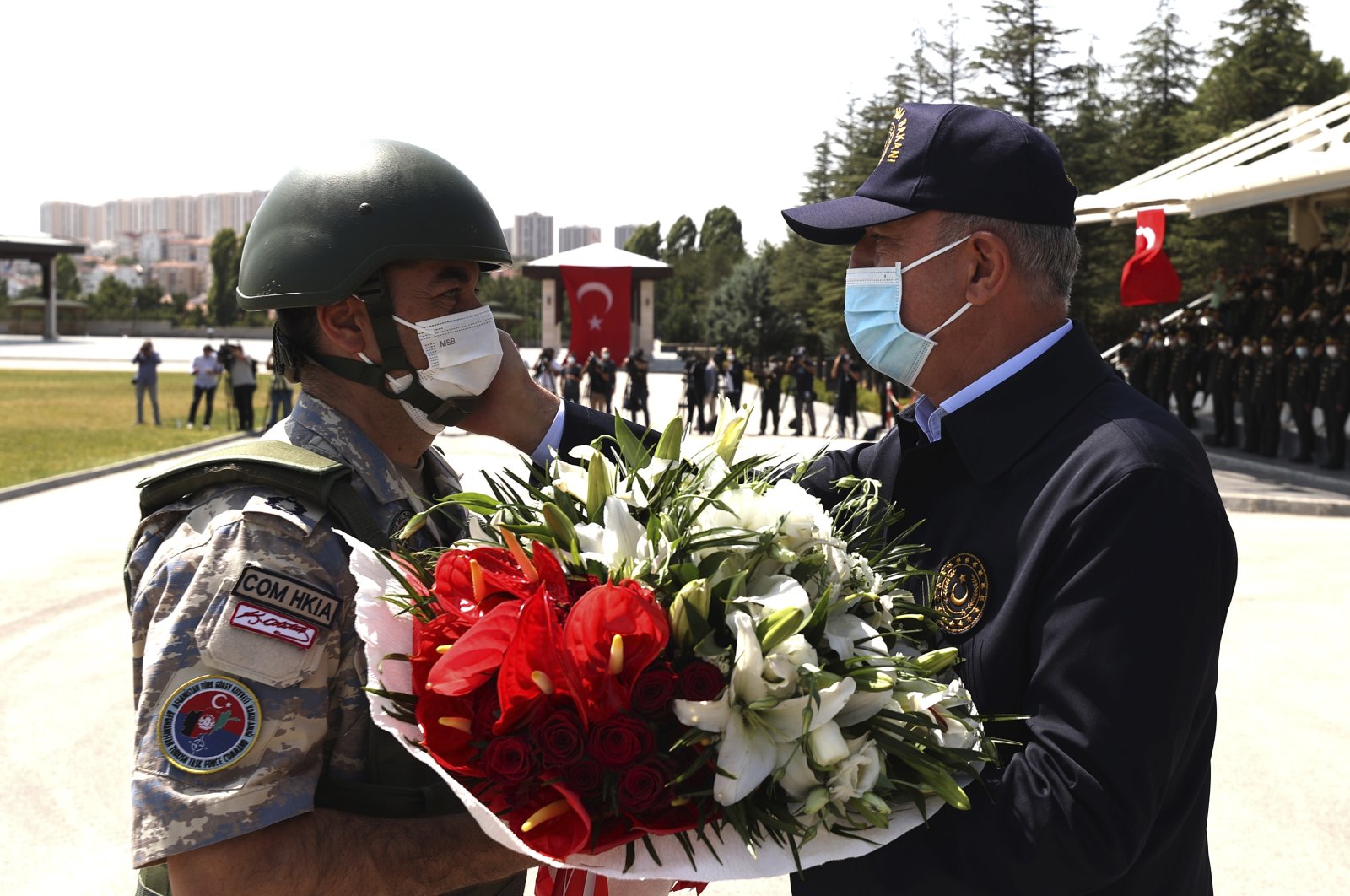 Like its NATO allies, Turkey has evacuated citizens and military staff from Afghanistan before the Aug. 31 deadline as security deteriorates in the country

Turkish personnel and all Turkish citizens who wish to leave Afghanistan have been evacuated from the country's capital Kabul in less than 48 hours, Defense Minister Hulusi Akar announced on Saturday.

At a welcoming ceremony in the capital Ankara for troops arriving from Afghanistan, Akar said the evacuation was carried out via an air bridge between Kabul and Pakistan's capital Islamabad with eight airplanes and two helicopters.

The evacuation was completed days before the Taliban's Aug. 31 deadline for foreign forces to leave the country.

Akar added that all risks, threats and developments in the war-torn country are being closely monitored and that Turkey has prepared for all scenarios.

"Our armed forces have been carrying out their mission with extraordinary efforts to contribute to world peace in several regions, from Libya to Kosovo, from Afghanistan to Bosnia-Herzegovina, and from Qatar to Somalia under the United Nations, NATO, OSCE (Organization for Security and Cooperation in Europe) and bilateral agreements," Akar said.

He added that Turkey is expanding the scope of its influence and interests on a daily basis and that it is a leader in international relations.

The ministry had announced the decision to withdraw its armed forces from Afghanistan on Wednesday after evaluating the current situation and conditions.

“Turkey is an important NATO Ally and we're grateful for its partnership,” he added.

Both ministers expressed that they were pleased by their cooperation while evacuating Afghanistan. Akar also expressed his condolences for the U.S. soldiers that lost their lives in the recent terrorist attack at Kabul Hamid Karzai International Airport, carried out by a regional Daesh chapter.

Since 2002, the Turkish Armed Forces (TSK) have operated in Afghanistan under the U.N., NATO and bilateral agreements to contribute to the peace, welfare and stability of the Afghan people.

Turkey has been in Afghanistan in a noncombatant capacity for 20 years and has been involved in consultancy efforts, reconstruction and maintenance. It had been operating the airport for six years.

Ankara had been negotiating with both the Taliban and Washington about playing a role in protecting the Kabul airport after the U.S. troop withdrawal, which is scheduled to be completed soon.

But the Taliban's swift capture of the Afghan capital left Ankara's plans in disarray.

Turkish officials said that the Taliban have asked Turkey for technical help to run the Kabul airport after the departure of foreign forces but insist that Ankara's military also withdraw fully by the end of August deadline.

The Taliban have said that the group would secure the airport itself.

It took the Taliban just over a week to seize control of the country after a lightning sweep that ended in Kabul as Afghan government forces, trained for two decades and equipped by the U.S. and others at a cost of billions of dollars, melted away.