Turkey continues to do whatever is necessary in Idlib: Erdoğan 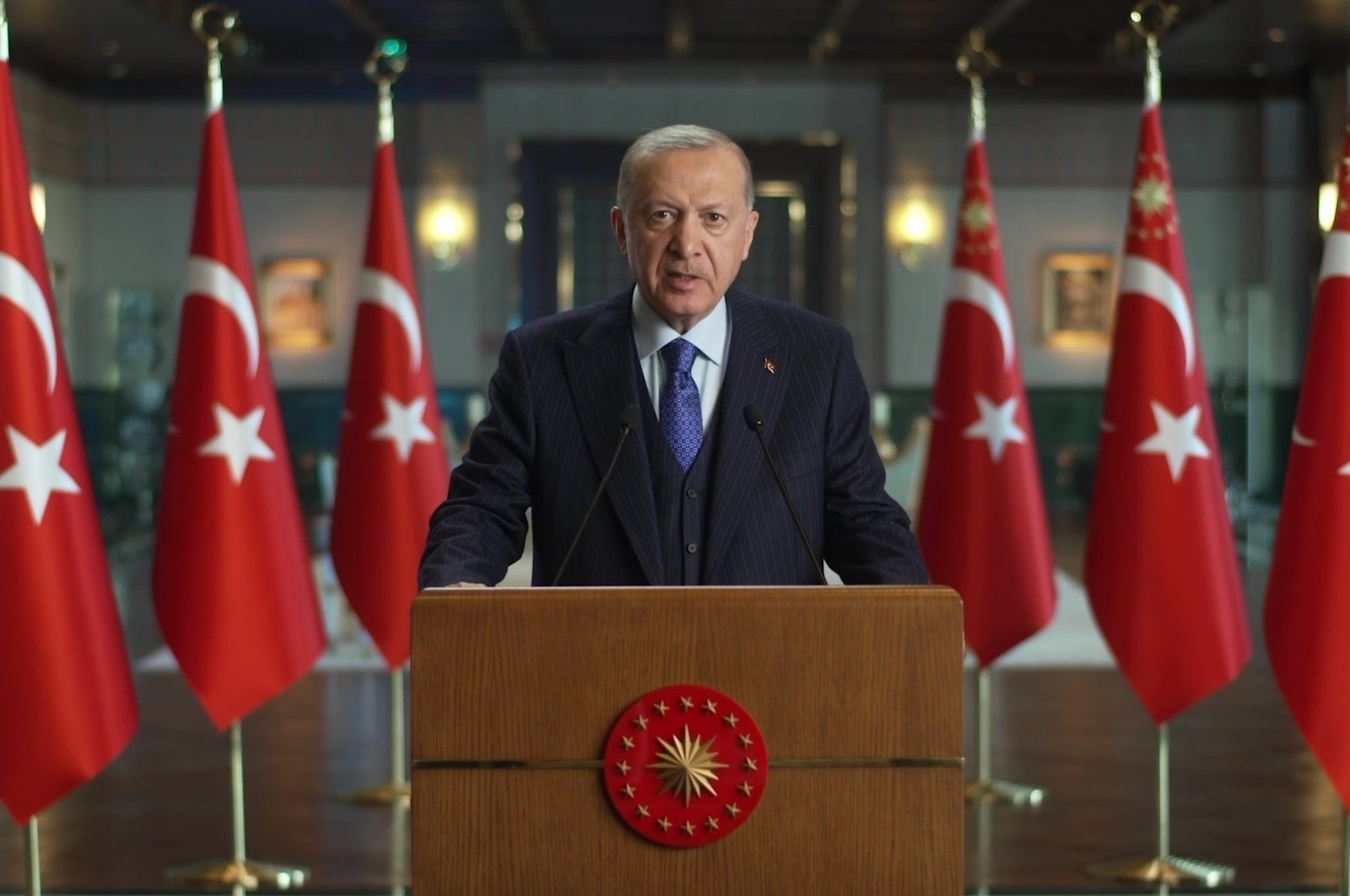 Turkey continues to do whatever is necessary in northwestern Syria's opposition-held Idlib region and is responding with heavy weaponry, President Recep Tayyip Erdoğan said Thursday.

Speaking to members of the Turkish press on his return to Turkey following his four-day three-nation diplomatic tour of Africa, Erdoğan said that Turkey will stand by and let things take their course in Idlib.

The Bashar Assad regime backed by Russia has recently intensified its attacks on Idlib in violation of a truce agreed upon last year by Moscow and Ankara.

The situation in Idlib was most recently discussed between Turkey and Russia during a visit by Erdoğan to the Russian Black Sea resort Sochi where he met with President Vladimir Putin. It was the two leaders' first face-to-face talks in 18 months.

Russia joined Syria’s now 10-year conflict in September 2015, when the regime military appeared close to collapse. Moscow has since helped in tipping the balance of power in favor of Assad, whose forces now control much of the country. Hundreds of Russian troops are deployed across Syria, and the country also has a military air base along Syria’s Mediterranean coast.

The acquisition of schools by Turkey's Maarif Foundation in Africa proves that the Gülenist Terror Group (FETÖ) is slowly collapsing on the continent, the president also said.

"At the moment, Africa sees very well that they say that your coming here is now pending the relations of the West with Africa. The African is satisfied," he added.

The presidents of Turkey, Togo, Liberia and Burkina Faso has pledged to fight terrorism, underlining that no distinctions will be made amongst terrorist groups like Daesh, al-Qaida, the FETÖ and Boko Haram in the fight.

According to the statement, the four presidents exchanged views on issues of common interest related to challenges arising from the fields of security, health, climate and development as well as cooperation between Turkey and African countries.

The leaders called on the international community to show greater solidarity, commitment and support so African countries can intensify their efforts in the fight against the COVID-19 pandemic while avoiding the risk of the emergence of new variants. Developed countries were invited to fulfill their promises, particularly when it came to vaccine access.

Addressing the security issue, the four presidents underlined that terrorism poses the greatest threat to peace and stability in Africa and the world.

The leaders strongly condemned the terrorist attacks in Burkina Faso, Mali, Niger, Nigeria and Chad and expressed their solidarity with the countries and their peoples.

Erdoğan also slammed ambassadors of 10 countries, including the United States, Germany and France, over their call for jailed philanthropist and businessperson Osman Kavala's release, saying Turkey should not be hosting them.

"I told our foreign minister that we cannot have the luxury of hosting them in our country," Erdoğan told reporters.

"Is it within your boundary to teach such a lesson to Turkey? Who are you?"

He rejected any suggestion that the Turkish judiciary was not independent. "Our judiciary is one of the nicest examples of independence,"

In their statement, the United States, Germany, Canada, Denmark, Finland, France, the Netherlands, New Zealand, Norway and Sweden called for a "just and speedy resolution to (Kavala)'s case".

The 10 envoys were summoned to the Turkish foreign ministry on Tuesday.

Turkey's Foreign Ministry summoned Tuesday the ambassadors of 10 countries over their joint statement calling for the release of Kavala, accusing the countries of meddling in the Turkish judiciary.

Last month, the 47-member Council of Europe – of which Turkey is a member – said it would start infringement proceedings against Turkey, unless Kavala is released before its next committee of ministers meeting in November. The infringement proceedings could result in punitive measures against Turkey, including its possible suspension from the organization that promotes democracy and human rights.

The ECtHR called for Kavala's release in December 2019, claiming that the detention was aimed to silence him. The United States also previously called for his release in February.

The indictment against Kavala and the 15 other defendants accuses the suspects of financing and coordinating the actions and protests in 2013 and claims that they had been involved and directed aspects of an uprising since 2011.

Kavala has maintained his claim that he participated in peaceful activities to defend the environment and the park, which is near his office, and rejected the accusation that he organized and financed the protests.

Following the police response to control the protests, the movement grew with demonstrations and riots taking place across the country against the government of then-Prime Minister Recep Tayyip Erdoğan.