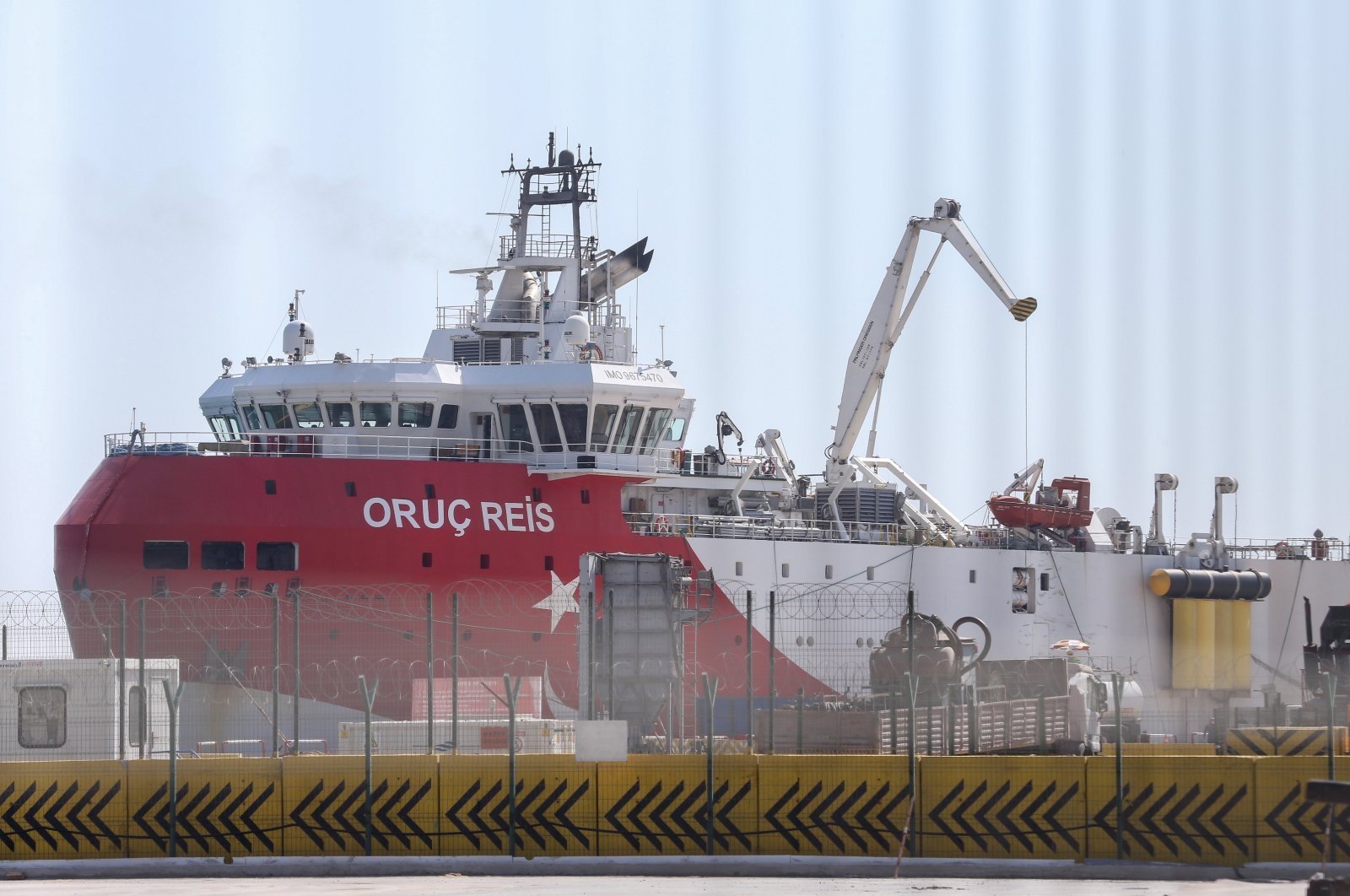 As Ankara and Cairo adopt a more reconciliatory tone and are scheduled to meet next month, experts point out that cooperation in the Eastern Mediterranean would benefit both countries while changing the region's balances

“Turkey and Egypt, with good relations and cooperation, will be influential powers in the Eastern Mediterranean and the global energy market,” he added, saying that Egypt’s announcement of holding a tender for hydrocarbon exploration in the Eastern Mediterranean by recognizing the exclusive economic zone (EEZ) demarcated by Turkey is a positive sign.

He explained that the agreement struck between Egypt and the Greek Cypriot administration in 2003 did not comply with the principle of proportionality of international law as Cairo has a larger shoreline.

“If Egypt chooses to strike a delimitation agreement with Turkey rather than with the Greek Cypriot administration, it will gain 11,500-kilometer squares (3,352 square nautical miles) more – that means more than the survey area of the island of Cyprus,” he added.

“Turkey and Egypt’s rights and interests are common. An agreement between Egypt and Turkey, which have the longest shoreline in the Eastern Mediterranean, is important and necessary,” Yaycı said, adding that thereby both countries will gain the maritime zones they deserve and will have energy resources.

Foreign Minister Mevlüt Çavuşoğlu said last month that Turkey may negotiate a maritime demarcation agreement with Egypt in the Eastern Mediterranean, depending on the condition of bilateral ties.

Çavuşoğlu on Thursday said a Turkish delegation would visit Egypt next month, in the first step toward normalization of ties between the two countries.

Noting that he spoke with his Egyptian counterpart in a phone call, in which they both extended Ramadan greetings, Çavuşoğlu said the conditions are ripe for both sides to hold talks after eight years.

He said thereby Turkish companies would be able to join tenders for hydrocarbon searches in Egyptian waters and thus both countries would find more advantageous deals than unfair contracts made with Western companies.

The Eastern Mediterranean basin is estimated to contain natural gas worth $700 billion (TL 5 trillion), according to the U.S. Geological Survey.

Egypt has a gigantic offshore field, Zohr, discovered in August 2015 by Italy's ENI. The field could hold reserves of over 850 billion cubic meters (30 trillion cubic feet) of natural gas.

“Cairo changing its alliances that it built in the past decade, may change the whole equation of the region.”

Al-Zawawy said an agreement between Turkey and Egypt would also complicate the EastMed pipeline project, which violates the maritime borders of Ankara, Cairo and Tripoli.

To transport the region’s gas to the rest of Europe, and help meet its aim of reducing energy dependence on Russia, the Greek Cypriot administration, Greece and Israel struck an agreement in December 2018 to build a gas pipeline, called EastMed. Egypt is not part of the project.

This 1367-mile pipeline is set to pass 106 miles south of Cyprus and end in Otranto, in southern Italy after crossing the Greek island of Crete and mainland Greece.

The cost of its construction is estimated at $7 billion and it should be able to transport 20 billion cubic meters of natural gas annually.

However, building the pipeline is still several years away and it would not be operational until 2025 at the earliest while Turkey and Libya’s deal further complicates the project.