Turkey, France voice need for relations based on respect, trust 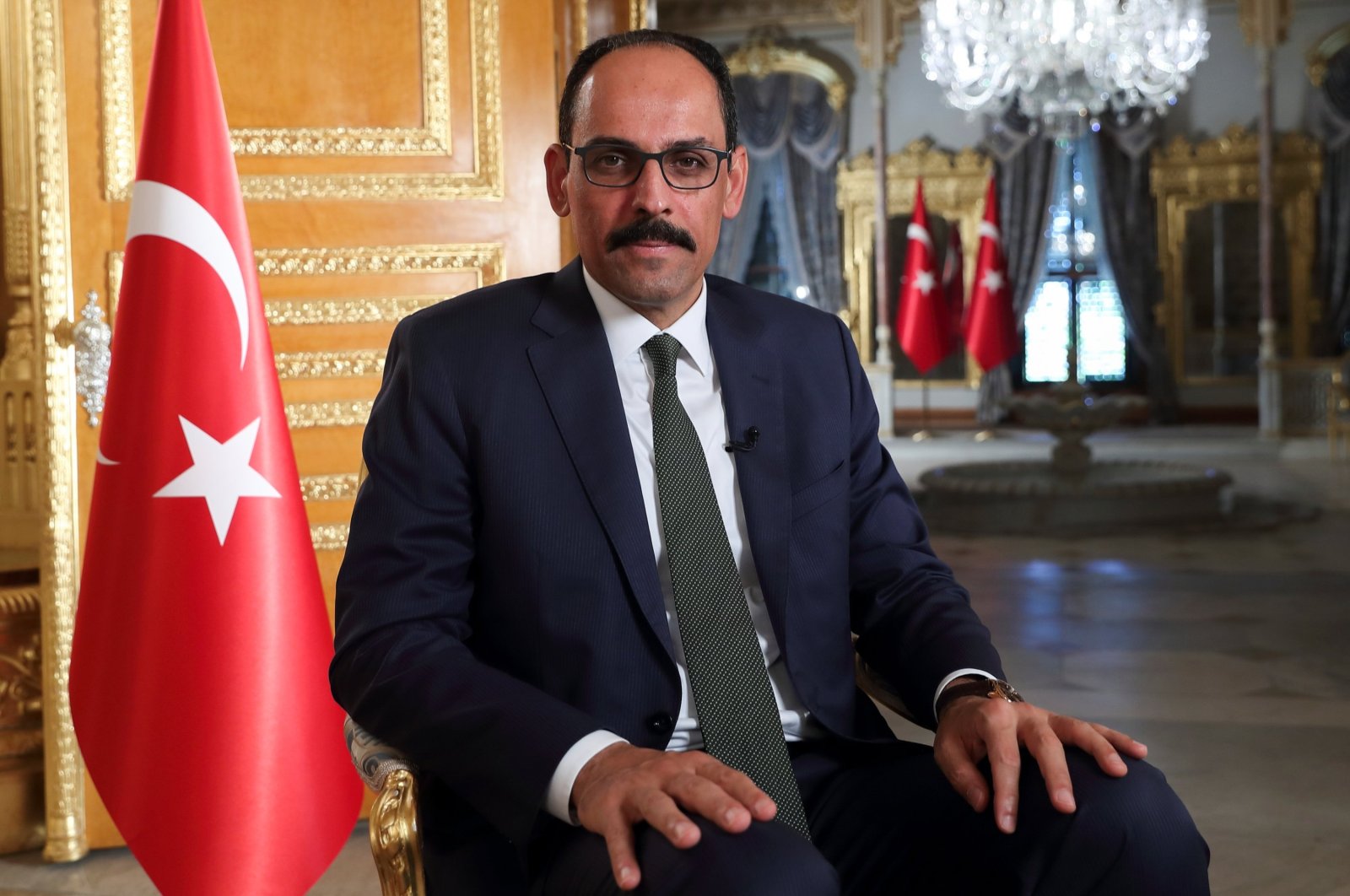 Presidential Spokesperson Ibrahim Kalın and French president's diplomatic counselor Emmanuel Bonne in a phone call on Tuesday underlined the need to reestablish a model based on mutual respect and trust for bilateral relations.

Kalın and Bonne further stated that in order to revive Turkey-European Union relations, a strategic perspective, as well as fields of cooperation, need to be prioritized. Both agreed on the need to renew the March 18 migration deal.

After a tumultuous year in bilateral relations, Turkey and France started working on a road map to normalize ties and talks. Ankara has repeatedly traded barbs with Paris over policies in Syria, Libya, the Eastern Mediterranean and Nagorno-Karabakh, as well as over the publication of cartoons of the Prophet Muhammad in France.

Ankara and Paris previously escalated tensions after French officials in 2018 met with the leaders of the YPG.

Turkish officials have decried France's interference in the Eastern Mediterranean dispute, given it has no territory in the region. Paris has also accused Ankara's navy of aggressive behavior after its French warship tried to inspect a Turkish vessel in June that it suspected was violating a U.N. arms embargo on Libya. Turkey has denied harassing the Courbet. The two countries' dispute escalated further after France sent naval assets into the Eastern Mediterranean to support Greek warships shadowing Turkish ships in the disputed waters.

Both sides welcomed the political developments in Libya and highlighted the need for supporting legitimate actors for the process to be successful.

Following a decade of chaos, the North African nation embarked on a new phase of its post-Gadhafi transition on Saturday after a new interim government was selected by Libya until the December elections.

Another point of bilateral interest, the Syrian civil war, was also touched on. Again, both statesmen agreed that the work of the Syrian constitutional committee must be backed, an atmosphere for free and fair elections created and a possible new wave of refugees from the country’s northwestern Idlib prevented.

It was also underlined that cooperation is needed to overcome security threats caused by terrorist groups.