Turkey, Pakistan to work for peace and stability in region 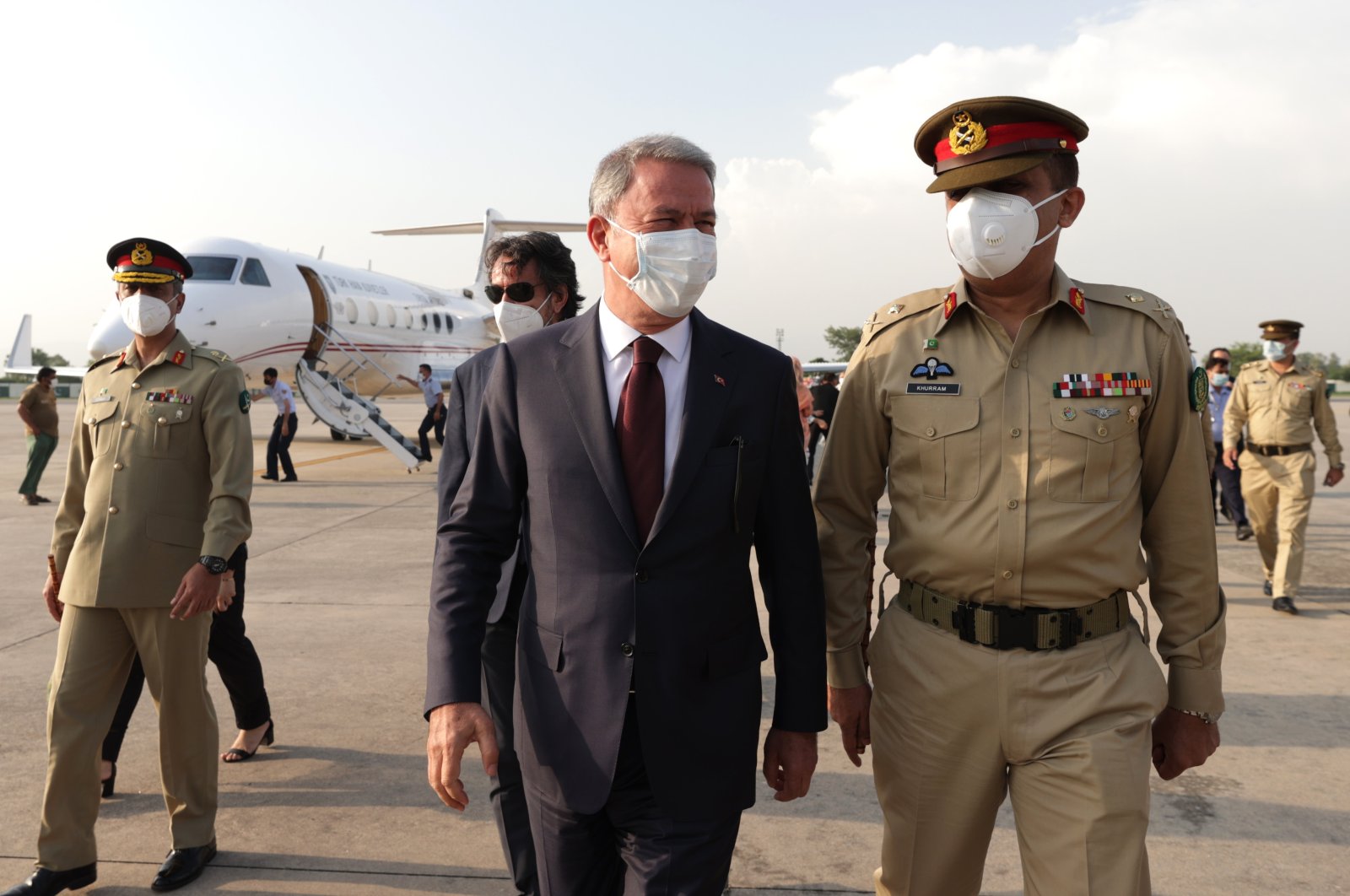 Turkey and Pakistan reiterated their desire to further advance bilateral ties, including efforts for peace and stability in the region.

In an official visit, Turkey's defense minister met with Pakistan's authorities to discuss a slew of issues, including the fragile Afghanistan peace process.

Hulusi Akar, who arrived in the Pakistani capital Islamabad for an official visit, called on Pakistan's Prime Minister Imran Khan on Wednesday to discuss a range of issues, including Ankara's ongoing efforts for a political solution in Afghanistan.

Stressing the need for a negotiated political settlement, Khan expressed hope that Afghan leaders would recognize "the importance of international convergence on the way forward and achieve an inclusive, broad-based and comprehensive political settlement," according to a statement from the Pakistani premier's office.

Islamabad, he said, will continue to make "every effort to help advance the Afghan peace process and to realize a political solution."

Khan highlighted that the historic fraternal ties between Pakistan and Turkey are "marked by unique mutual trust and mutual support."

He conveyed his greetings to Turkey's President Recep Tayyip Erdoğan and the brotherly Turkish people.

Expressing "deep" concern over the forest fires in Turkey, he reaffirmed Pakistan's solidarity and readiness to extend all possible assistance, the statement said.

Khan expressed satisfaction at the existing level of bilateral defense cooperation, thanking Ankara for its "strong and consistent support to Pakistan on all issues, particularly the Jammu and Kashmir dispute."

Akar, for his part, conveyed warm greetings from President Erdoğan and reiterated Turkey's support to Pakistan "on all issues, including Jammu and Kashmir."

He concurred with Khan on enhancing cooperation in all areas, including in the defense field, the statement added.

Akar is visiting Islamabad as part of frequent high-level exchanges between Pakistan and Turkey for consultations on important bilateral and regional issues.

Akar met with Bajwa at the Pakistan Army headquarters in the garrison city of Rawalpindi, according to a statement from the army's media outlet.

During the meeting, matters of mutual interest, including defense and security cooperation between the two countries and overall regional security, were discussed, the statement said.

Akar, for his part, reaffirmed Ankara's full support of Pakistan's stance on regional and international issues, it added.

Both officials reiterated their desire to further advance bilateral ties, including with efforts for peace and stability in the region.

The United States will complete the withdrawal of its forces at the end of this month under a deal with the Taliban, which included the withdrawal of foreign forces in exchange for Taliban promises to prevent Afghanistan from being used for international terrorism.

Under the deal, the Taliban were meant to seek peace with the Afghan government, but months of intermittent talks have been fruitless.

Government officials have appealed for pressure on neighboring Pakistan to stop alleged Taliban reinforcements and supplies flowing over the porous border. Pakistan denies backing the Taliban.

Also, Ankara has offered to guard and operate Kabul's Hamid Karzai International Airport after the U.S. and NATO withdrawal from Afghanistan, in a move that could create an area for cooperation between the NATO allies.