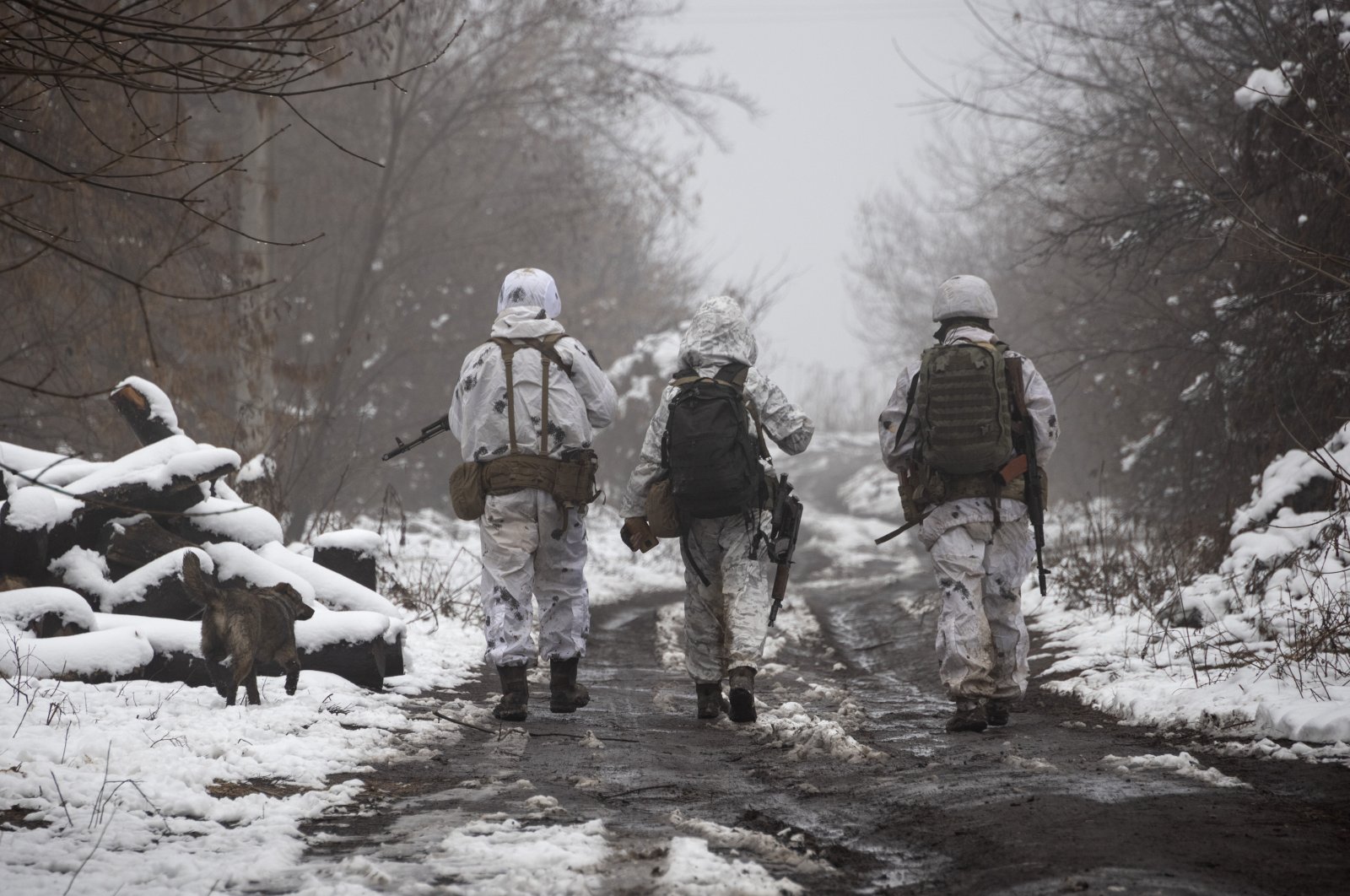 Speaking to Turkish press members during the return from his Qatar visit, Erdoğan said Turkey has been closely following the developments in Ukraine and its surrounding region.

"Our hope is that tensions do not escalate any further and that stability in the region is maintained. We are ready to lend strong support to reduce the tension between Russia and Ukraine that has been rising in recent weeks and to establish a dialogue channel," he said.

"With the consent of both parties, we can offer facilitation, mediation or support in any format desired. Of course, we will do our part for the peace of the region without hesitation," the president underlined.

Turkey has been in contact with both Russia and Ukraine, Foreign Minister Mevlüt Çavuşoğlu also said last week, noting that Ankara advised both sides to remain calm and de-escalate the situation.

In its initial response, Kremlin spokesperson Dmitry Peskov dismissed Ankara's offer while speaking to journalists in Moscow, saying: “The fact is that Russia is not a party to the conflict in Donbass. It will be impossible to find solutions to the problem at such a summit.”

But, in a later statement, the Kremlin said that if Turkey and Erdoğan can use their influence to encourage Ukraine to implement the 2014 Minsk Protocol, Russia would welcome it.

The Minsk agreements were signed to stop the ongoing conflict between the pro-Russian separatists and the Kyiv administration. The agreements included a cease-fire in the region and a prisoner exchange while allowing the Kyiv administration to make a constitutional amendment that would give Donbass special status. The pro-Russian separatists were supposed to withdraw their weapons from the Ukrainian-Russian border. However, the agreements' implementation has been hampered as the two sides accuse each other of violating the cease-fire.

On the other hand, Ukraine welcomed the president’s statements. "We will welcome any efforts that can help us to put an end to this war, to return Ukraine's territories that are currently under Russian control," Ukrainian Foreign Minister Dmytro Kuleba told a news briefing.

The fighting between Ukrainian government forces and pro-Russian separatists in Donbass has killed more than 13,000 people since 2014, according to the U.N. The region is one of the several sources of friction between Russia and Ukraine.

The United States and its allies have for weeks warned that Russia may be planning an invasion of Ukraine. Russia denies planning to invade Ukraine, but satellite pictures showing as many as 100,000 troops gathered on the border have set Western nations on edge. Ukraine, which wants to join the NATO military alliance, has blamed Moscow for supporting separatists in the conflict in its east since 2014. Russia sees itself as threatened by a NATO advance and wants to prevent the neighboring former Soviet republics Ukraine and Georgia from joining the alliance.

NATO member Turkey has good ties with both Kyiv and Moscow, though it opposes Russian policies in Syria and Libya. Likewise, it has also forged energy and defense cooperation with Russia.