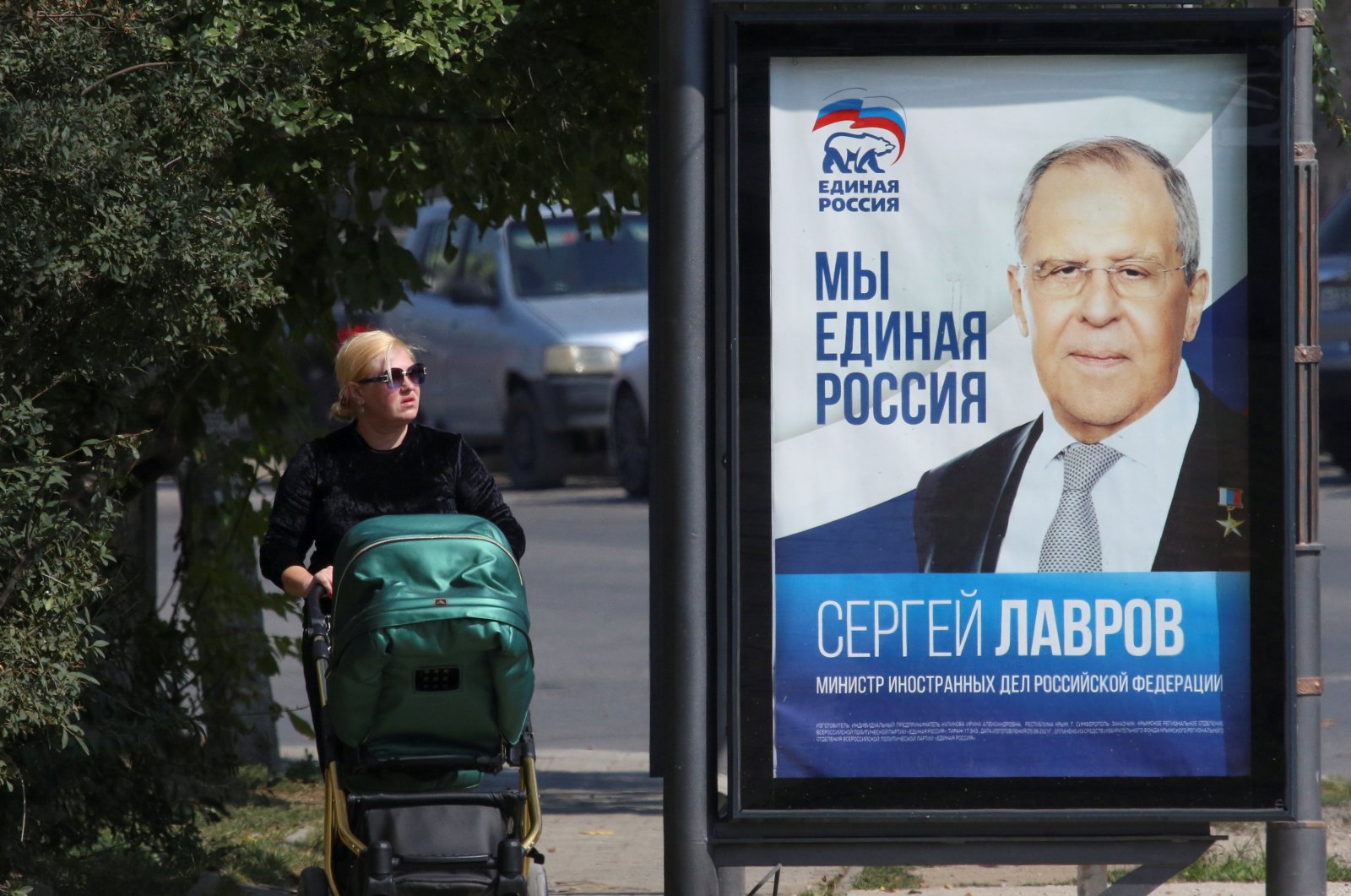 A woman walks past a campaign poster of Russian Foreign Minister Sergei Lavrov of the United Russia political party ahead of the Russian parliamentary and regional voting in Simferopol, Crimea, Sept. 15, 2021. (Alexey Pavlishak via Reuters)
by DAILY SABAH WITH AA Sep 21, 2021 10:41 am
RECOMMENDED

Turkey on Monday rejected the parliamentary elections held in Crimea, which Russia illegally annexed from Ukraine in 2014, underlining the country's support for Ukraine's territorial integrity.

In a statement, Tanju Bilgiç, spokesperson for the Turkish Foreign Ministry, said: "Turkey maintains its support for Ukraine's territorial integrity and does not recognize the unlawful annexation of Crimea."

In this context, Bilgiç said, the State Duma elections held in Crimea on Sept. 17-19 have "no legal validity for Turkey."

The Ukrainian administration also objects to Russia's elections in Crimea on the grounds that they violate international law.

Ukraine on Thursday accused Russia of breaching international law by hosting parliamentary elections on the Crimean Peninsula and allowing residents of separatist-controlled regions to cast ballots in the vote.

Russia annexed Crimea from Ukraine in 2014 and has been accused by Kyiv and its allies of supporting pro-Moscow separatists in two eastern regions.

Russian passport holders in Lugansk and Donetsk have been permitted to vote in the State Duma elections between Friday to Sunday.

Ukraine's Foreign Minister Dmytro Kuleba told journalists Moscow was in "violation of international law" by organizing the vote in the eastern regions and Crimea.

"The only status that the Russian Federation has is as an occupying state," Kuleba said, adding that Moscow would "one day have to pay."

Ukraine's army has been locked in a simmering conflict with the separatists that has claimed 13,000 lives since 2014, and has escalated in recent days.

More than 600,000 people in Donetsk and Lugansk have received Russian passports since 2019 and were eligible to cast votes online or in Rostov across the border.

Moscow has hosted elections in Crimea since 2016, following an initial and controversial referendum on integration with Russia and pressuring residents to receive Russian passports.

Foreign Minister Mevlüt Çavuşoğlu recently stated that Turkey has never recognized the illegal occupation of Crimea and will not recognize it, underlining that Ankara supports Ukraine's territorial integrity. He also called on the international community to act as one against the annexation of Crimea.