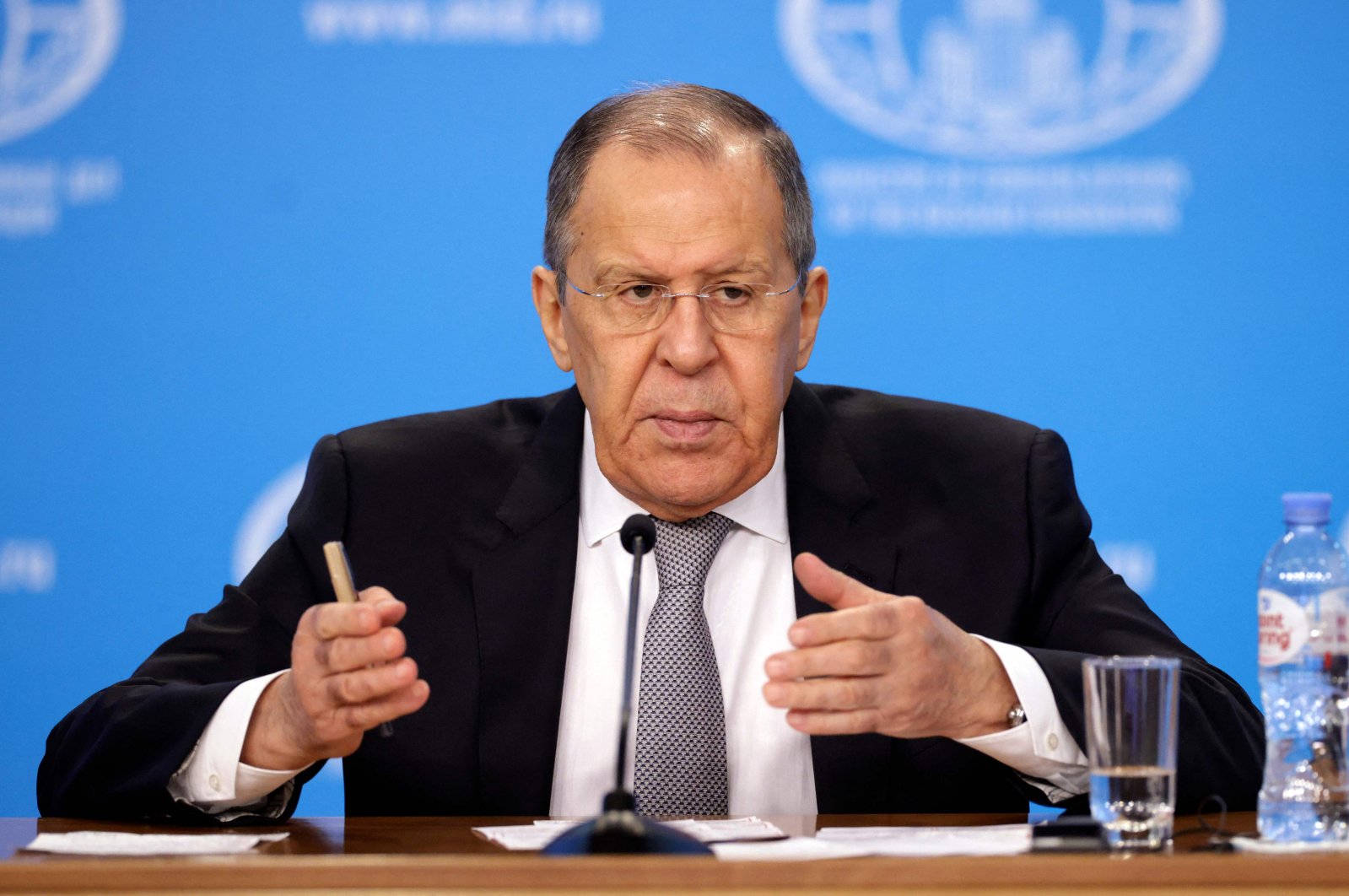 Responding to a question from Anadolu Agency (AA) during a press conference, Lavrov said that Moscow supports initiatives to ensure stability in the South Caucasus and plays an active part in this process.

"These initiatives help improve the situation in the South Caucasus and create the conditions for a more active and beneficial resolution of current political problems through the development of economic and other cooperation between the three countries of the South Caucasus and their three great neighbors Russia, Turkey and Iran."

Noting that Azerbaijani President Ilham Aliyev and President Recep Tayyip Erdoğan proposed the creation of a 3+3 cooperation platform specific to the South Caucasus, Lavrov reiterated that the first meeting in this format was held in Moscow in December 2021.

On Georgia not attending the platform, Lavrov said: "We actively supported this initiative and immediately saw its unifying potential. From the very first day, this initiative began to be consulted and the meeting prepared in Moscow, we were in favor of involving our Georgian neighbors in this process. The more opportunities for consultation, the better it is for solving existing problems."

Stating that Moscow does not have diplomatic relations with Tbilisi and that they discussed the South Caucasus through Geneva consultations and unofficial bilateral channels, Lavrov said that they have fewer opportunities than other countries to convince Georgia that the platform is beneficial.

Noting that they applied to Turkey and Azerbaijan for this, Lavrov said: "The processes initiated in the 3+3 format are more important. Because in this format, opportunities for the development of the entire region are consulted."

Reiterating that Russia, Azerbaijan and Armenia signed agreements after the Karabakh war, Lavrov said: "This format paves the way for opportunities that concern Russia, Turkey, Iran and of course, Georgia. It is in Georgia's interest to participate in this format without preconditions."

In 2020, Turkey strongly backed Azerbaijan in the six-week conflict with Armenia over Nagorno-Karabakh, which ended with a Russia-brokered peace deal that saw Azerbaijan gain control of a significant part of Nagorno-Karabakh. After the deal, Russia and Turkey led the peacekeeping initiatives in the region.

The first meeting of the platform took place in Russia, without the participation of Georgia, which announced it will also not take part in the next round expected to take place in Turkey.

Touching on the attempts to normalize relations between Turkey and Armenia, Lavrov reiterated that both countries have appointed special representatives on this issue.

"We are glad that the first meeting on this subject took place in Moscow. Our role here is to help establish a direct dialogue. I hope this will be successful," he said.

Special envoys from Turkey and Armenia were in Moscow on Friday to hold a first round of meetings aimed at ending decades of bitterness between their countries and establishing diplomatic ties. In their first meeting, the envoys were expected to exchange views on a road map for moving forward, including confidence-building measures

Although Turkey was among the first countries to recognize Armenia’s independence following the collapse of the Soviet Union in 1991, the two neighbors share a bitter relationship and have no diplomatic ties.

Both countries hope that the talks will bolster peace efforts for the Caucasus region and lead to the reopening of their border to encourage trade and boost economic ties. Charter flights between Yerevan and Istanbul are expected to resume next month.

It’s the regional foes’ second attempt at reconciliation. Turkey and Armenia reached an agreement in 2009 to establish formal relations and to open their joint border, but the agreement was never ratified because of strong opposition from Azerbaijan.

This time around, however, the reconciliation efforts have Azerbaijan’s blessing. Turkish Foreign Minister Mevlüt Çavuşoğlu has said Ankara would “coordinate” the normalization process with Azerbaijan.

Turkey, a close ally of Azerbaijan, shut down its border with Armenia in 1993, in a show of solidarity with Baku, which was locked in a conflict with Armenia over the Nagorno-Karabakh region.