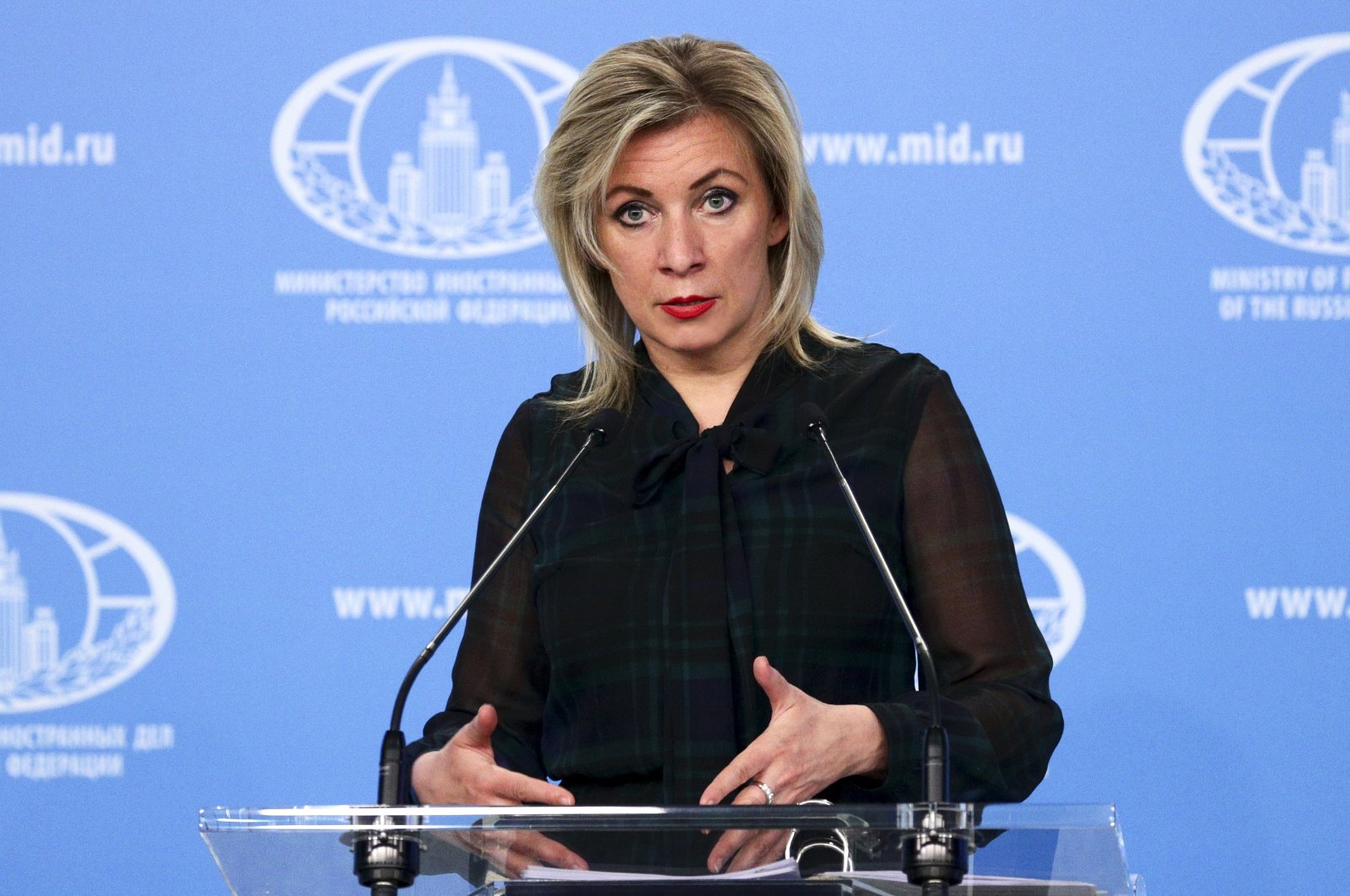 Relations between Turkey and Russia have reached the level of strategic cooperation, the Russian Foreign Ministry's spokesperson told a Turkish broadcaster Wednesday.

Referring to differences of views between the two countries on some issues as “wonderful,” Maria Zakharova told aNews that it represents the dynamic nature of ties, as she said they have reached the level of strategic cooperation. She continued by saying that this is also a demonstration of the fact that as two sovereign states, Russia and Turkey defend their own interests.

“Our countries’ interests are determined by the vested interests of our people rather than foreign factors or pressure. This is why we are able to solve differences of opinions,” Zakharova said, adding that there are times when the two countries are not on the same side.

Zakharova noted that both countries are able to successfully overcome the problems through close cooperation and mutual compromise and that it is only natural for sovereign states to have different views and approaches to tackle different problems.

“What is more important is that issues and differences of opinions in our relations do not hamper our cooperation in various fields,” Zakharova said.

Regarding Turkey’s purchase of the Russian-made S-400 missile defense system, Zakharova said Ankara should be able to determine its own foreign policy and make independent decisions without foreign interference.

The U.S. has been opposing Turkey’s purchase, saying that the system is not compatible with NATO.

However, the Russian-made S-300 system has been sold to 20 countries, including NATO member countries like Bulgaria, Greece and Slovakia. The S-300 system, completed in 1978, is designed to defend against short- and medium-range air attacks and is considered one of the world’s most powerful air defense systems. In 1996, Greece signed a deal with Russia for the purchase of S-300s for deployment on Greek Cypriot soil. These missiles could not be deployed in southern Cyprus as a result of Turkish pressure, but in 1998, they were deployed in Crete, whose strategic importance has been rising steadily. Greece signed new agreements with Russia in 1999 and 2004 to purchase TOR-M1 and OSA-AKM (SA-8B) medium- and low-altitude air defense systems. These Russian-made air defense systems are currently an integrated part of the air defense system of Greece and have also been deployed by the Greek Cypriot administration.

NATO, like the U.S., argues that alternatives to the S-400s should be found. In October, Secretary-General Jens Stoltenberg reiterated that it is up to the individual nation to decide on its defense mechanisms.

“No, we shape our relations based on mutual interest,” Zakharova said, adding that Russia does not believe in a zero-sum game.

“Our goal is to systematically and consistently enhance Russia-Turkey relations,” she said, adding that the two countries have been cooperating on numerous international developments, including the Syrian crisis, Libya crisis, Nagorno-Karabakh conflict, COVID-19 pandemic and more.

Saying that Russia and Turkey share common interests and are able to solve divergences through these, Zakharova used the Astana Process as an example of successful cooperation to solve a regional problem.

“This mechanism greatly contributes to the solution of extremely difficult-to-solve problems,” Zakharova said. The two countries are now in the process of further enhancing security on the critical M4 highway between Syria’s Latakia and Aleppo, according to Zakharova, who noted that joint patrols continue to take place along this route.

Russia has been a key ally of the Assad regime since the start of the country's war in 2011, providing critical military backing and signing several major economic deals.

Turkey and Russia, which back opposing sides in Syria's war, once again agreed on March 5, 2020, to halt military activity in the northwestern Idlib region after an escalation of violence brought the two sides close to confrontation. As part of the agreement, Turkish and Russian forces have been carrying out joint patrols along the M4 highway linking Syria's east and west, establishing a security corridor on either side.

Ankara and Moscow are the main power brokers in Libya's war and have been holding talks on a lasting cease-fire and political settlement. Russia supports the eastern-based forces of putschist Gen. Khalifa Haftar, while Turkey has helped the internationally recognized Government of National Accord (GNA) repel Haftar's offensive, which paved the way for the establishment of an interim unity government until general elections are held in December.