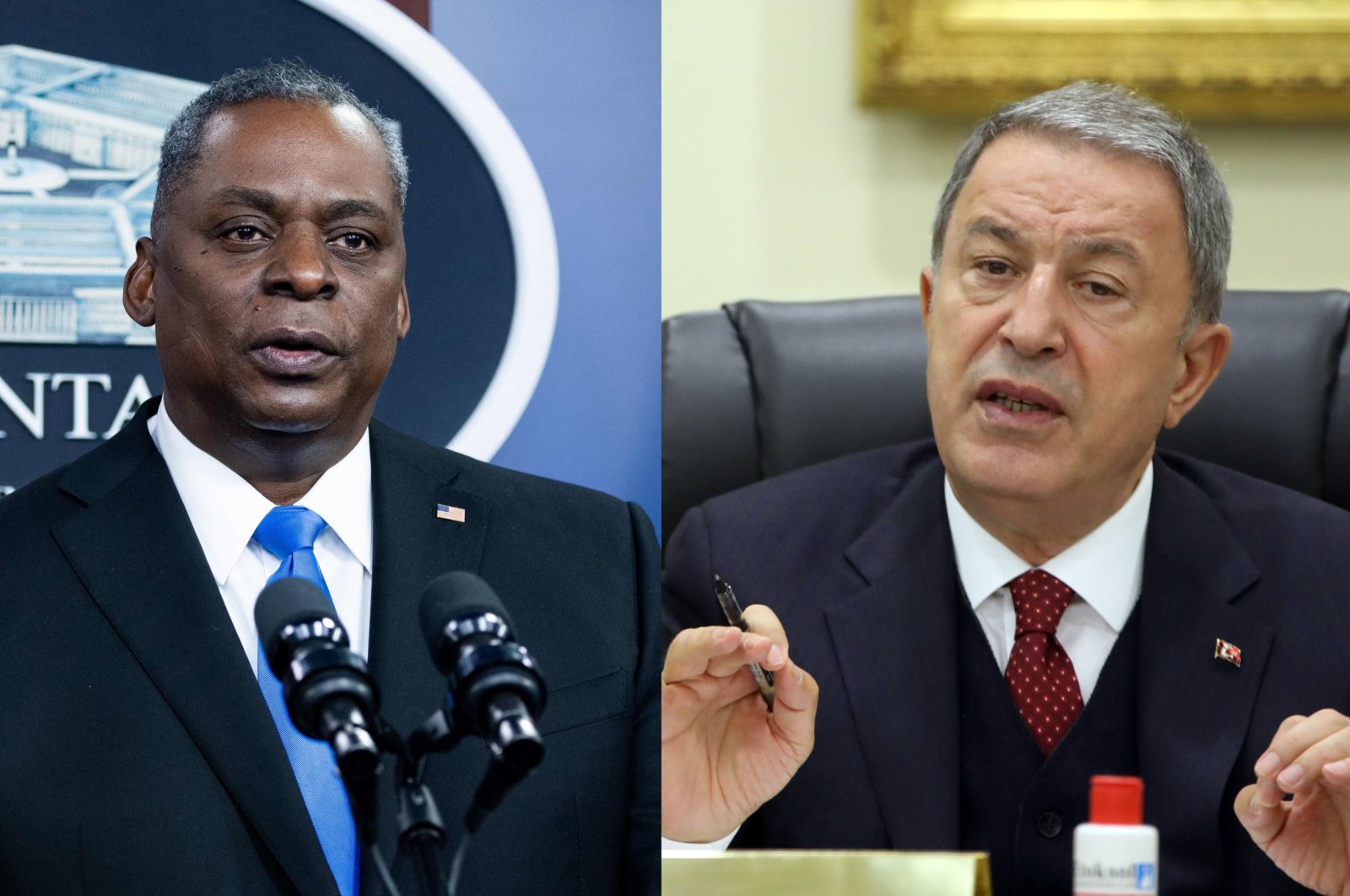 The defense chiefs of Turkey and the United States held a phone call on Thursday, discussing regional security and bilateral defense cooperation.

They emphasized the importance of developing a mutual understanding on the issue of regional and global security, as well as resolving issues based on their strategic partnership and the spirit of alliance.

The ministry added that Akar and Austin reaffirmed their commitment to closer cooperation and coordination while strengthening military relations between the two countries.

Akar also congratulated Austin once again on his appointment to the post in January.

The Pentagon separately said Austin thanked Akar "for the significant role Turkey is playing as part of the Resolute Support Mission in Afghanistan and in support of the ongoing peace process there."

"The two leaders also discussed the positive diplomatic developments and efforts to reduce all tensions in the Eastern Mediterranean, where the Secretary welcomed ongoing exploratory talks between NATO Allies Turkey and Greece and the commitment of both governments to this process," it said in a statement.

Turkey's acquisition of the S-400 led to the then-Trump administration's decision to expel Ankara from the F-35 joint strike fighter program over concerns that the advanced Russian anti-air system could be used to comprise the jets and are incompatible with NATO systems.

Turkey, however, has denied the S-400 poses a threat to F-35 aircraft and has maintained it would not be integrated into NATO networks.

They noted that the two allies need to base their relations on mutual respect and common interests.

They also emphasized the need for mutual efforts to solve the ongoing issues related to the Russian-made S-400 missile defense system and the F-35s through a constructive engagement.

Kalın reiterated Turkey’s determination and sensitivity about the fight against the YPG/PKK, Daesh and FETÖ terrorists, the statement added.