Meeting with Biden to be 'harbinger of new era' in relations: Erdoğan 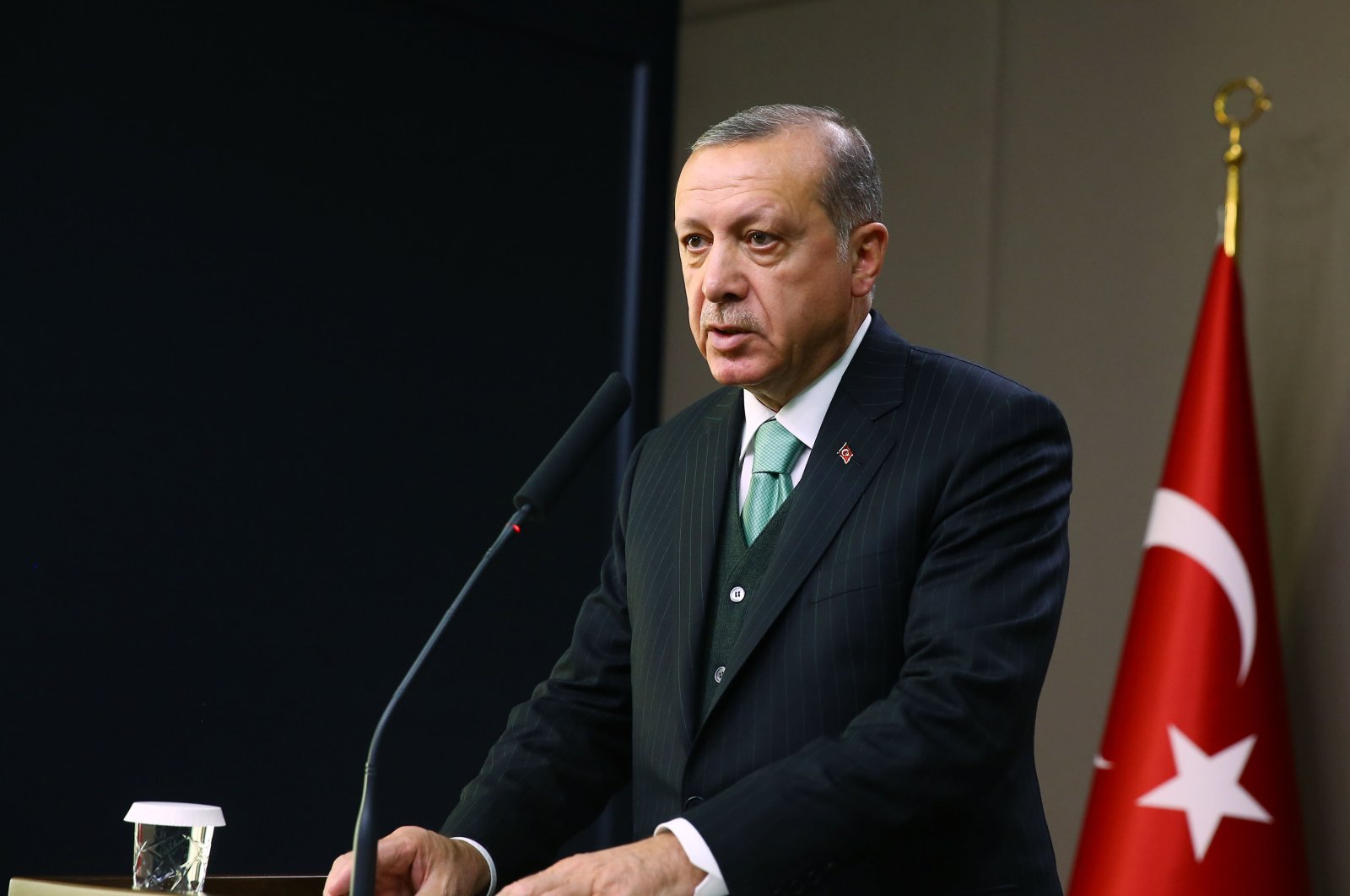 President Recep Tayyip Erdoğan said late Wednesday that he believes his first in-person meeting with U.S. President Joe Biden next month will mark the beginning of a new era.

The videoconference was held to discuss reforms and investing in Turkey as well as highlight the growing cooperation between the two countries.

Erdoğan thanked the companies that believed in Turkey and requested the U.S. corporate executives improve ties with the country.

“Although there are differences of ideas from time to time, our partnership and alliance have managed to overcome all kinds of predicaments.”

In their first phone call since the American president assumed office in January, Erdoğan and Biden last month agreed to meet on the sidelines of a NATO summit in Brussels on June 14.

“From Syria to Libya, and from fighting against terrorism to energy, and from trade to investments, we have a serious potential of cooperation with the U.S.,” the president said.

Ankara and Washington disagree on a number of issues that have further strained bilateral ties; from Turkey’s purchase of Russian S-400 air defense systems to U.S. support for the YPG terrorist group, as well as the U.S. refusal to extradite Fetullah Gülen, leader of the Gülenist Terror Group (FETÖ).

The purchase of the Russian-made systems in 2019 prompted the Donald Trump administration to remove Turkey from a consortium producing F-35 fighter jets.

It marked the first time a NATO member state has been sanctioned for buying Russian arms.

Erdoğan stressed that Turkey has exerted its full efforts to ensure the politics do not damage trade.

He emphasized that Turkey and the U.S. should bring to life mechanisms for economic strategy and partnership, stressing the aim to bring the annual volume of trade between the two countries up to $100 billion (TL 845.63 billion).

“To achieve our goal of $100 billion in trade volume, we need a sincere, respectful, approach based on common interests and values,” the president said.

Turkey-U.S. trade reached about $21 billion in 2019 and the NATO allies have said they aim to lift that to $100 billion.

More than 1,700 American firms with total assets of $31.2 billion operate in Turkey and provide employment to 78,000 people.

“The total amount of U.S. investments in Turkey has reached $13 billion,” the president said.

By simplifying the incentive system, he said the country would make it easier for investors to take advantage of incentives.

“We pay special attention to projects that will accelerate the technological transformation of our country, create employment and make a positive contribution to our current account balance,” Erdoğan said.

He added they would soon be unveiling an international foreign direct investment strategy document, without providing further details.

“I believe we will make Turkey... a base for production and technology,“ the president noted.

Erdoğan went on to say he expects the U.S. to be more constructive, adding that U.S. tariffs on aluminum and steel remain a problem.

He also cited Turkey’s exclusion from the generalized system of preferences and anti-dumping measures for export products, stressing that these “do not suit us.”

“We expect the U.S. to act more constructively on these issues.”

He suggested the two countries could cooperate in Syria and Libya as well as in the field of energy.

Erdoğan also commented on the Turkish economy as well as the coronavirus pandemic in the country.

“We aim for normalization by running an intensive COVID-19 vaccination campaign in June,” he noted.

Turkey on May 17 started a gradual normalization process after a 17-day full lockdown that brought infections in the country down significantly.

Until June 1, weeknight curfews from 9 p.m. to 5 a.m. remain in place as well as a nationwide weekend lockdown.

The country has so far administered over 28.38 million doses of COVID-19 vaccines after a mass inoculation campaign began on Jan. 14, according to the Health Ministry data on Wednesday.

Erdoğan said that preliminary figures indicate that the gross domestic product (GDP) data, which will be announced next week, will showcase strong economic growth in the first quarter of 2021.

The economy grew 1.8% last year, one of only a few globally to avoid a contraction in 2020 despite the pandemic.

A Reuters poll on Wednesday said the economy should expand by 5.5% this year after 6.7% estimated growth in the first quarter, returning to trend after lockdowns were careful to avoid key sectors.

Finance Minister Lütfi Elvan has predicted a growth of 5.5% to 6% in the first quarter.

While Turkey imposed new coronavirus measures at the end of last year that hit some services, they did not impede manufacturing and other sectors and most were lifted in March.

But the current April-June quarter is expected to log double-digit GDP growth due to the so-called base effect.