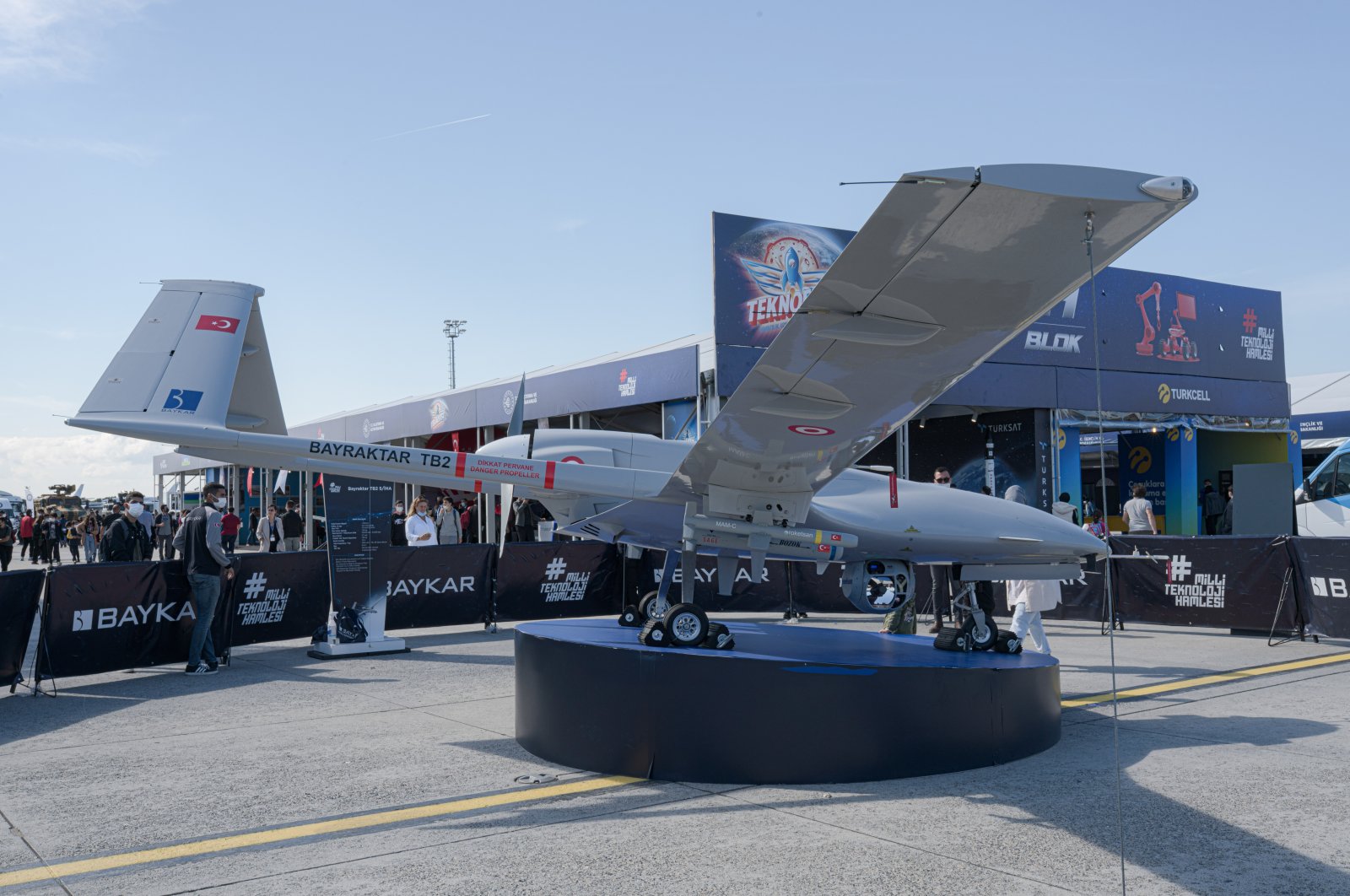 Turkey and African countries are preparing for a new round of meetings and talks to weigh in on further developing bilateral relations – with defense ties under the spotlight – as both sides are due to meet at a major gathering in Istanbul.

The Turkish and African leaders will come together for the three-day Turkey-Africa Partnership Summit starting Thursday, which comes fast on the heels of a top-level business forum in October that focuses on investment and trade.

The next phase of this fast-blossoming relationship includes security, experts say, with a host of African leaders looking to buy military equipment at cheaper prices with fewer preconditions.

Leaders and top ministers from 39 countries – including 13 presidents – have confirmed their attendance, with President Recep Tayyip Erdoğan set to deliver a speech on Saturday.

Ankara already has a military base in Somalia, and Morocco and Tunisia reportedly took their first delivery of Turkish combat drones in September.

Angola became the latest country to express its interest in unmanned aerial vehicles (UAVs) during Erdoğan’s first visit to the southern African country in October.

Turkey in August also reportedly signed a military cooperation pledge with Ethiopian Prime Minister Abiy Ahmed, who has been embroiled in a war with Tigrayan rebels for the past year.

“The most important sector is the defense sector because this is a new asset. Turkey has pushed this sector a lot, especially drones,” Federico Donelli, an international relations researcher at the University of Genoa, told the Agence France-Presse (AFP).

‘Everyone asks about UAVs’

Russia has been a dominant player in the African arms market, accounting for 49% of the continent’s imports between 2015 and 2019, according to the Stockholm International Peace Research Institute (SIPRI).

But interest in Turkish weaponry is growing.

Developed by prominent drone magnate Baykar, the Bayraktar TB2 model is particularly in high demand after it was credited for swinging the fate of conflicts in Libya and Nagorno-Karabakh in the past few years, putting the company in the spotlight and transforming it into a major manufacturer and exporter.

The firm has now signed export deals with some 13 countries including a joint production deal with Ukraine, as its products help reshape the way modern wars are fought.

Analysts say the scale of Turkey’s drone program places it with the world’s top four producers – the United States, Israel and China.

“Everywhere I go in Africa, everyone asks about UAVs,” Erdoğan said after a visit to Angola, Nigeria and Togo in October.

Some of the closest scrutinies have focused on Turkey’s ties with Ethiopia, where a brutal conflict has killed thousands, displaced more than 2 million and driven hundreds of thousands into famine-like conditions, according to United Nations estimates.

A Western source had claimed that Turkey sent an undisclosed number of combat drones in support of Abiy’s campaign earlier this year and that Ankara, responding to international pressure, had halted the sales.

“Ethiopia can buy these drones from whoever they want,” Turkey’s Foreign Ministry spokesperson said in October, neither confirming nor denying the sales.

Official Turkish data does not break down the details of military sales to individual countries, only giving the total sales amount for each month.

These have soared spectacularly in the past year.

Turkish defense and aviation exports to Ethiopia rose to $94.6 million (TL 1.3 billion) between January and November from around $235,000 in the same period last year, according to figures published by the Turkish Exporters Assembly (TIM).

It then swarmed the conflict zone with drones, stalling an advance by eastern forces led by putschist Gen. Khalifa Haftar supported by Russia, the United Arab Emirates (UAE) and Egypt, paving the way for a truce.

Turkey cemented its drones’ reputation last year by helping its ally Azerbaijan liberate most of the land from Armenia-backed occupying forces.

“Now Turkey with drones has more cards to play when they have to bargain with other countries,” researcher Donelli said. “This is a very good bargaining chip for Turkey,” he added.

The head of Turkey’s Foreign Economic Relations Board (DEIK) – the nongovernmental organization (NGO) that hosted the October forum in Istanbul – insisted the growing relationship was not just about weapons.

“We care about the defense sector and our relations with Africa,” the board’s head, Nail Olpak, told AFP.

“But I would like to emphasize that if we see the defense sector only as weapons, rockets, guns, tanks and rifles, it would be wrong,” he said.

Donelli agreed, referring to Togo’s plans to improve its army with the support of Turkey through training and armored vehicles, weapons and other kinds of equipment.

Turkey has reportedly set up a web of 37 military offices across Africa in all, in line with Erdoğan’s affirmed goal of tripling the annual trade volume with the continent to $75 billion in the coming years.