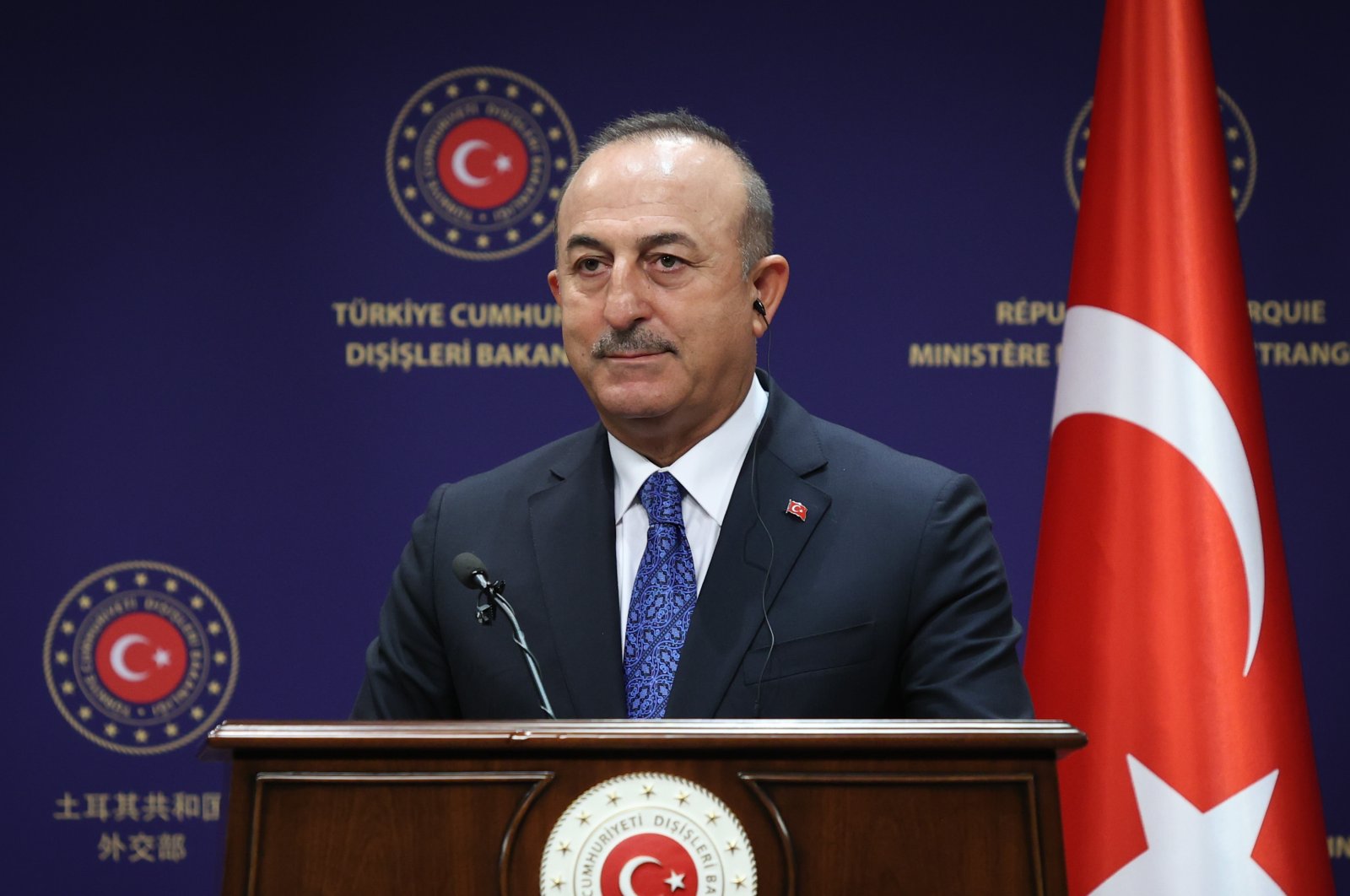 "With the new administration (in Tunisia), I hope stability and peace will be fully ensured. As brotherly Turkey, we will continue to support the development of Tunisia in every field," he said.

The country has won international plaudits for its democratic transition, but many Tunisians have seen little improvement in their lives and have become disillusioned with a dysfunctional and corrupt political process.

Saied's moves placed vast executive powers in the hands of the president, who will himself head the Cabinet.

His rulings on Sept. 22 also extended the suspension of Parliament.

Originally from Kairouan, she is a French-educated geologist with a doctorate in geological engineering and is a lecturer at Tunisia's national engineering school.

Regarding the cooperation between Turkey and Africa, Çavuşoğlu said that Turkey's approach to Africa is based on the principle of "African solutions to Africa's problems."

Çavuşoğlu said they discussed preparations for the third Turkey-Africa Partnership Summit, scheduled for Dec. 17-18 in Istanbul.

The minister underlined that they expected a successful and fruitful summit, noting that Turkey has been a strategic partner of Africa since 2008. "We aim to support Africa's development efforts and increase commercial, cultural and human relations between us," he added.

"The African Union is the most inclusive organization of the continent. The voice of Africa and the breath of Africa," he stressed.

He went on to say that the number of Turkish embassies on the continent, which had been 12 in 2002, was now 43, adding that this number would soon rise to 44 with the opening of a mission in Guinea-Bissau.

Stressing that Turkey's activities in Africa have become richer thanks to the Turkish Cooperation and Coordination Agency (TIKA), Yunus Emre Institute, Turkish Diyanet Foundation, Anadolu Agency (AA), and Turkish Airlines (THY), he said the total value of the projects conducted by Turkish companies on the continent exceeds $70 billion.

The volume of bilateral trade has reached over $25 billion by the end of 2020, he added, noting that Ankara is determined to raise this figure to $50 billion.

On recent military takeovers in the West African nations of Guinea and Mali, he reiterated Turkey's opposition to any kind of coup. "We want both countries to return to civil democracy as soon as possible. We have said that we, as Turkey, will give the necessary support in this direction."

Drawing attention to problems existing between Ethiopia and Sudan, to developments in Somalia, and the terror threat in the Sahel region, he said Turkey is assisting African countries in their fight against terrorism.

Çavuşoğku also touched on COVID-19 vaccination efforts, saying that the Turkic Council had agreed to support the African Union with shipments of vaccine doses. He said that Turkey would share its COVID-19 vaccine candidate, Turkovac, with the region once the jab is ready.

Mahamat, for his part, said that he is satisfied with this partnership and cooperation that Turkey has built with Africa. "We are making progress with each passing day. We are taking positive steps," he said.

On the fight against terrorism, he said: "We need the support of leading states like Turkey so that with these efforts we should be able to end terrorist acts. I can say that the more concrete steps we take, the more it benefits us all. In this sense."

"I can say that the partnership with Turkey truly deserves the title of strategic," he also underlined.