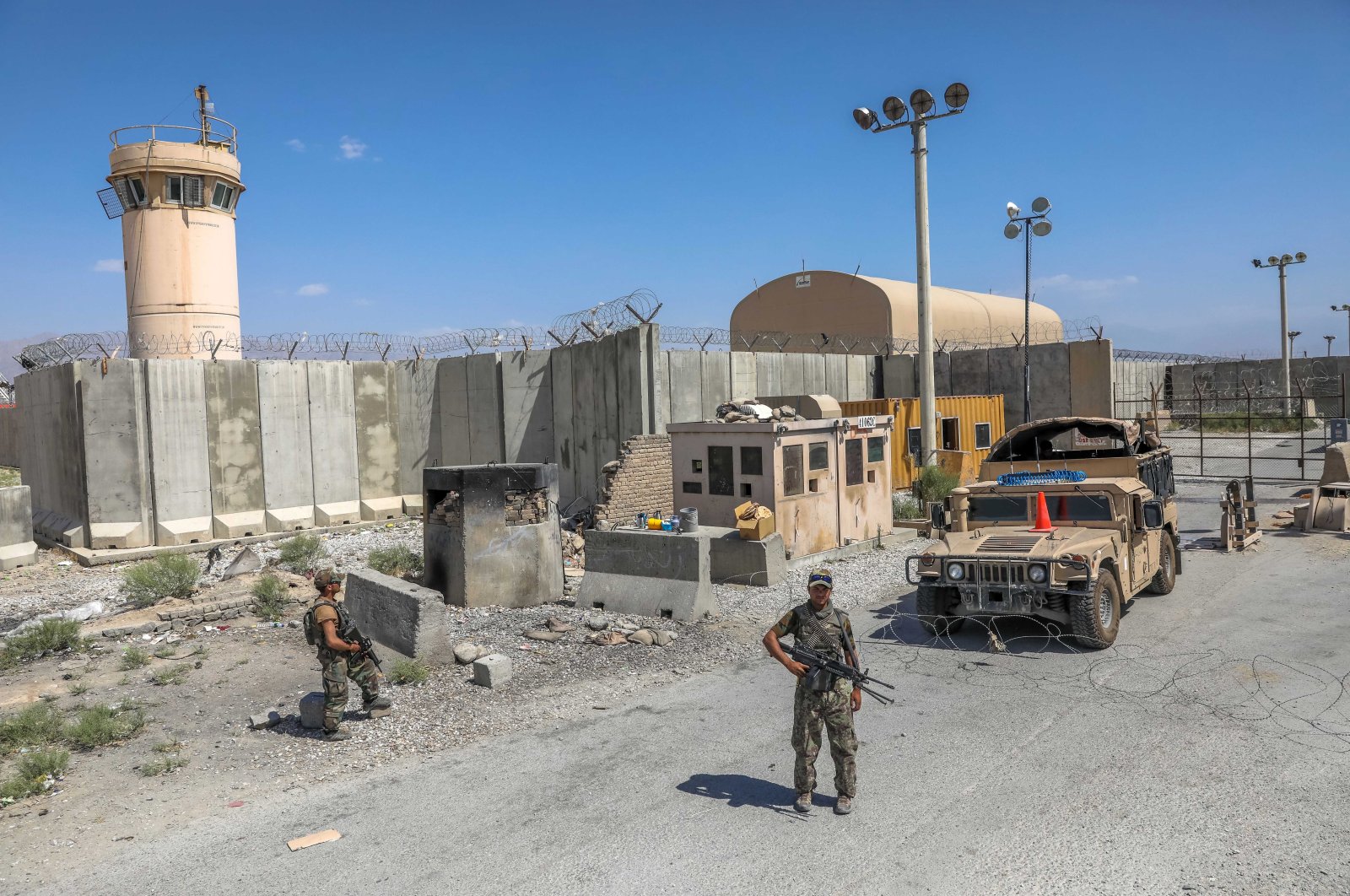 Turkey securing and operating Afghanistan's Kabul Hamid Karzai International Airport following the withdrawal of NATO forces from the war-torn country comes with potential opportunities and risks depending on the scope of the mission, an expert told Anadolu Agency (AA).

Rahimullah Farzam, a foreign policy expert at the Center for Iranian Studies (IRAM) in the capital Ankara, said that according to the preliminary agreement reached with the United States, it's inferred that Turkey's responsibility will be limited to ensuring the security of the airport and that Ankara will not participate in military operations, as it hasn't so far.

"As we've pointed out earlier, Kabul airport is, perhaps, Afghanistan's only gateway to the world. For this reason, the airport is of vital importance for the diplomatic missions in the country to continue their activities following the withdrawal of U.S. and NATO forces. The safe operation of the airport is also very critical for international aid organizations to be able to deliver humanitarian aid to the country. Turkey being the only Muslim country in NATO and the close ties it has with the Afghan government and people are the determining factors in the undertaking of this task," he said.

He added that Turkey's presence in Afghanistan may enable it to further strengthen its cooperation with the country in many areas, from the economy to security.

"Although there are allegations that the U.S. is considering transferring the protection of the airport to a private company as an alternative to Turkey, past experiences reveal that this method is not realistic. Therefore, Turkey undertaking such a critical task is of great importance for both Ankara-Washington relations and Ankara-NATO relations. The mission that Turkey will undertake in Afghanistan will not only create an area of ​​cooperation with the U.S. but will also strengthen Ankara's position in NATO," he said.

Farzam underlined that Turkey's presence in Afghanistan would increase Ankara's influence in the region in the long run.

Though, he said that the geography of Afghanistan could also present many challenges for Turkey along with the new opportunities it presents.

While Farzam said that Pakistan would support Turkey's military presence in the region, India, Russia, Iran and Saudi Arabia would oppose it.

"The challenges that Turkey will face in Afghanistan do not seem to be limited to the attitudes of the regional actors. Although Turkey has good relations with many local actors, including the Kabul administration, the Taliban is against Ankara's possible mission in Afghanistan," he added.

Suhail Shaheen, the Taliban's Qatar Office spokesperson, said in an interview with Reuters on June 10 that "Turkey was part of NATO forces in the past 20 years, so as such, they should withdraw from Afghanistan on the basis of the Agreement we signed with the U.S. on 29th Feb 2020."

Taliban spokesperson Zabihullah Mujahid took this statement a step further and said that Turkey would be treated no different than the U.S if it were to remain in Afghanistan. Speaking to Iranian media, he said: "Turkey is a Muslim, brother country. However, since it's also a NATO member, if it remains in Afghanistan, it would not be any different from the U.S. for us."

The Taliban's main concern over Turkey's new mission in Afghanistan is that Ankara is a NATO member. The Taliban call the 20-year armed insurgency that they've been staging "jihad against foreign forces." This discourse has a crucial role in gathering followers and legitimizing the armed struggle conducted by the Taliban. Despite the Doha agreement that calls for all foreign forces to leave the country, the Taliban have yet to fulfill this requirement. Therefore, the Taliban are concerned that Turkey's presence in Afghanistan as a NATO member would be perceived as NATO not leaving the country.

"Despite its rapid spread in recent days, the Taliban have yet to conquer the city centers of any of the 34 cities in Afghanistan. For this reason, Turkey would not be facing the Taliban during its mission in Kabul for now. However, this doesn't mean that there are no risks involved. It's a big question mark how Turkey would protect Kabul airport, which is nearly intertwined with the city center, without military patrols. During military patrols, the Taliban can attack foreign forces with remote-controlled bombs and bomb-laden vehicles placed on the side of the street," Farzam explained.

Turkey, whose forces in Afghanistan have always comprised of noncombatant troops, offered to guard and run Hamid Karzai International Airport after NATO's withdrawal.

A decision is yet to be reached on the Turkish mission to operate and secure the airport, Defense Minister Hulusi Akar said Friday, adding that contact between Turkey and the United States on the issue will continue.

Ankara has been running the military and logistic operations of the Kabul airport for the last six years as part of the NATO-led Resolute Support Mission.