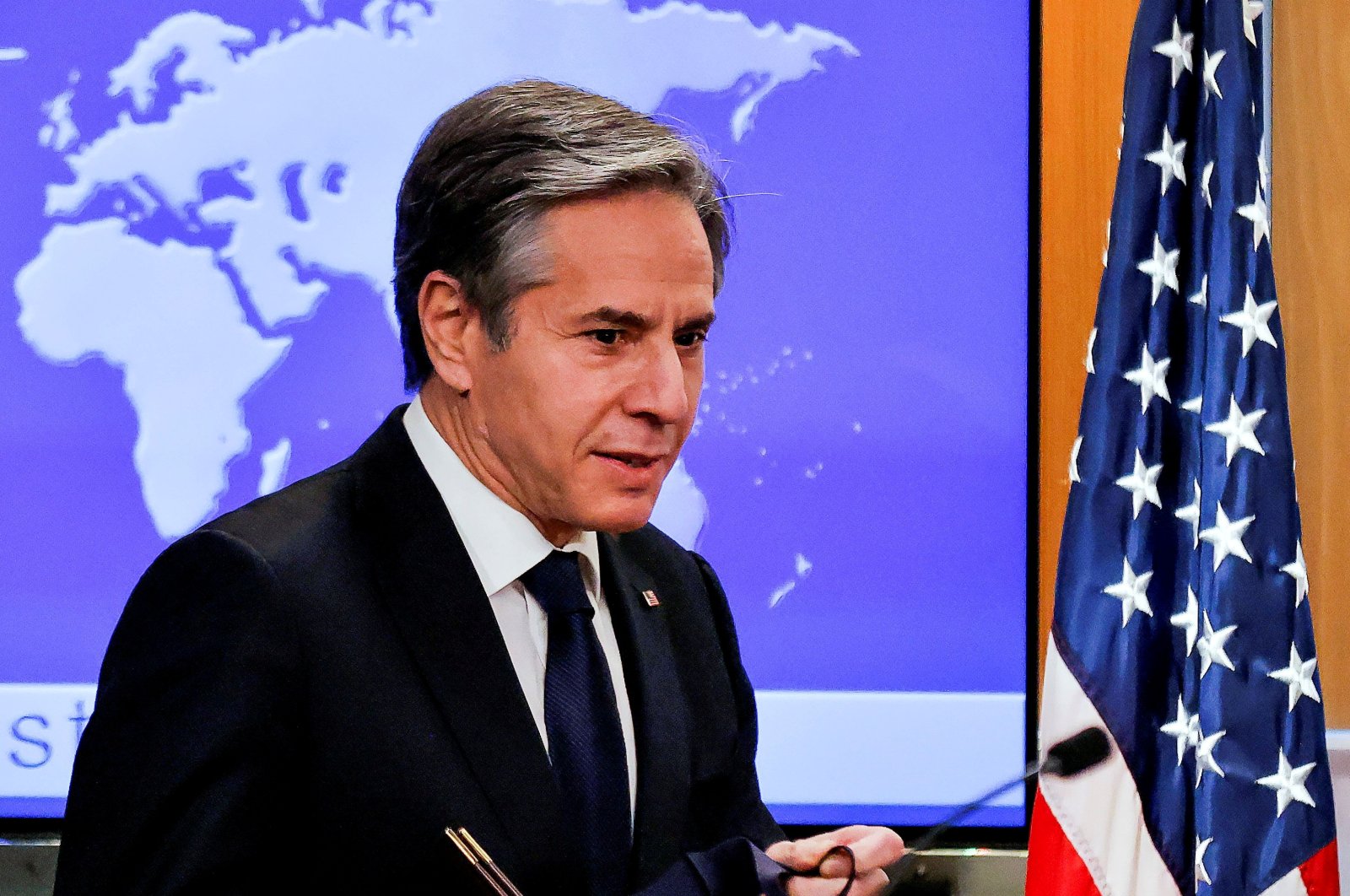 Congratulating Blinken for his new position as the secretary of the state, Çavuşoğlu stated to his counterpart that Turkey is willing to have a dialogue based on mutual respect with the new American administration.

According to the statement, bilateral relations were the talks' main agenda, in addition to some regional issues such as Syria, the Eastern Mediterranean, Turkey's S-400 missile purchase and the fight against terrorism, including the Gülenist Terror Group (FETÖ) and the YPG/PKK.

Blinken, on the other hand, reiterated its condolences for the deaths of Turkish hostages and said Washington believed "PKK bore responsibility," Reuters reported.

The two ministers agreed on having a more detailed dialogue on these topics in the coming days.

President Recep Tayyip Erdoğan on Monday criticized the U.S. statement. Speaking at the ruling Justice and Development Party (AK Party) congress in the Black Sea province of Rize, Erdoğan said that Washington has sided with the PKK and its Syrian branch, the YPG, providing truckloads of ammunition to them.

"The U.S. statement on the PKK’s execution of Turkish citizens in northern Iraq is ridiculous. They claim they do not support the PKK, but they certainly do," he also said. "If you want to continue our alliance globally and at NATO, then you must stop siding with terrorists."

"The United States deplores the death of Turkish citizens ... We stand with our NATO ally Turkey and extend our condolences to the families of those lost in the recent fighting. If reports of the death of Turkish civilians at the hands of the PKK, a designated terrorist organization, are confirmed, we condemn this action in the strongest possible terms," the U.S. State Department spokesperson Ned Price said in a statement considered by Ankara as problematic.

Turkey also summoned the U.S. ambassador to Ankara, David Satterfield, to voice its "strong" reaction over Washington’s statement on the killing of 13 Turkish citizens.