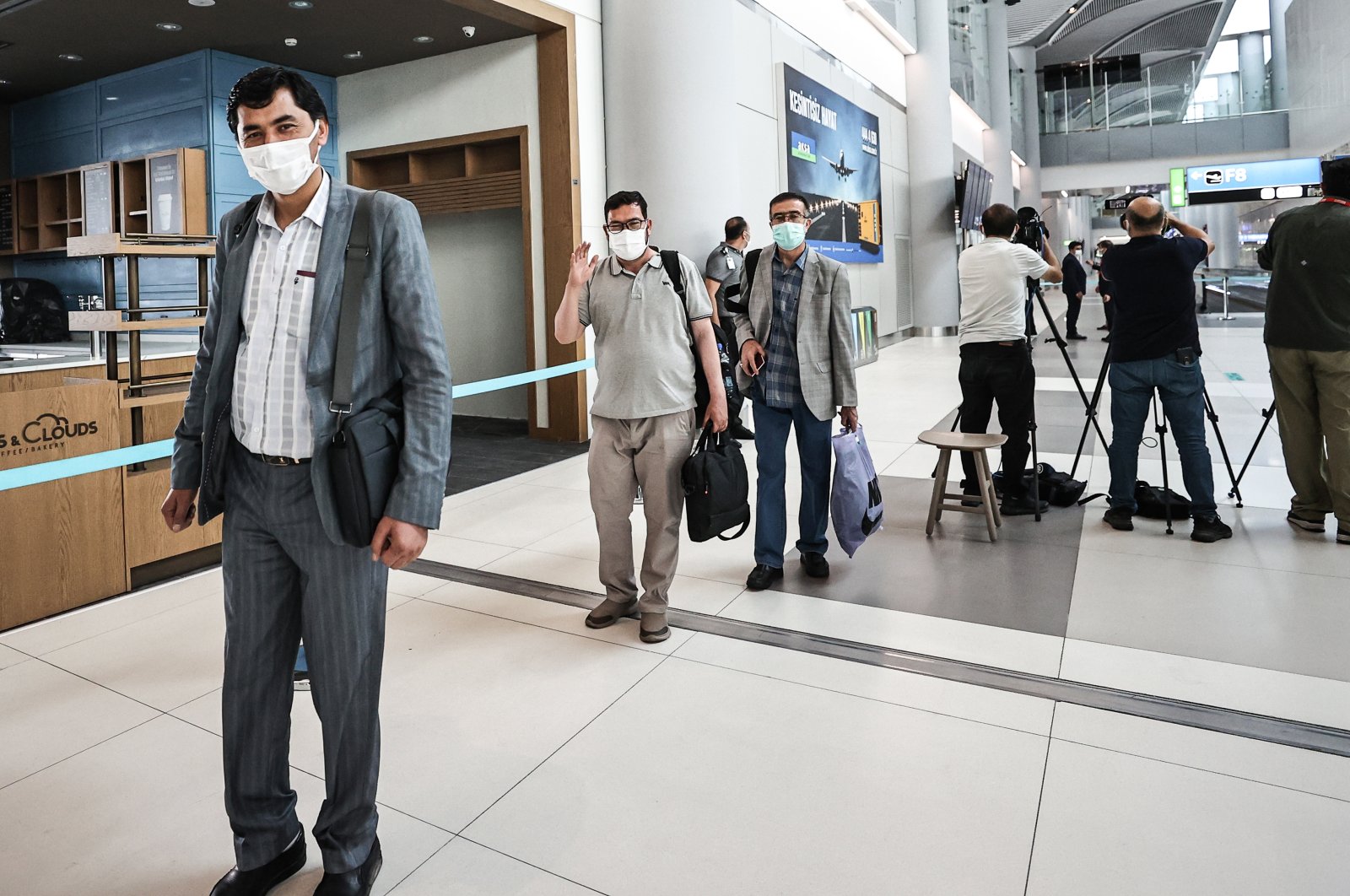 Turkish citizens who were evacuated from Afghanistan after the Taliban took control of the capital Kabul expressed their gratitude on Thursday for Turkish authorities' efforts and interest.

After the Taliban took control of Kabul, 273 citizens, who applied to return to Turkey, were first taken to Pakistan's capital, Islamabad, by a transport plane belonging to the Turkish Air Force.

The evacuated citizens arrived at Istanbul Airport on Thursday morning via a Turkish Airlines (THY) flight numbered TK 6881, which departed from the airport in Islamabad.

Rafet Gürbüz, owner of a business in Kabul, said in a statement to the press at the airport that they made it from Kabul to Islamabad onboard a military plane.

Stating that they were well received in Islamabad, Gürbüz said: "Our Kabul ambassador sent us off at around 12 o'clock. Apart from that, our commander in Kabul was very interested. We are the civilian operators working there. We did not have any problems. I hope that our citizens and soldiers there will come to our country without any problem. I do not believe that any Turkish citizens will stay there."

Gürbüz noted that all the doctors and commanders took great care of him because he had an illness in Kabul.

Gürbüz stated that after the Taliban forces entered Kabul, the youth especially wanted to go abroad. "People completely want to go out. Especially the unemployed youth, who naturally want to go to European countries and Turkey, rather than remain in fear of the Taliban. Because they have economic concerns. They want to seize this opportunity. That's one of my observations. We've been there for seven years. Is there any oppression of the Taliban? We haven't seen or heard of it. All of our Afghan friends, especially those we employ, went to America. That's why we closed our businesses."

Anesthesiologist Mert Yamaç stated that they did not encounter any problems after reaching the airport in Kabul.

Noting that they were safe at the airport, Yamaç said: "Turkish soldiers greeted us directly at the airport. We went to Pakistan by military plane and came to Turkey then."

Pointing out that the situation in Kabul was complicated, Yamaç said: "The whole administration has been taken over by the Taliban. There are no statesmen, there are no civil servants. All the bazaars and shops are closed. There is chaos all over Afghanistan."

The Taliban declared the war in Afghanistan over after taking control of the presidential palace in Kabul, while Western nations scrambled on Monday to evacuate their citizens amid chaos at the airport as frantic Afghans searched for a way out.

The Taliban swept into Kabul on Sunday after President Ashraf Ghani fled the country, bringing a stunning end to a two-decade campaign in which the United States and its allies had tried to transform Afghanistan.

The Taliban said on Tuesday they wanted peaceful relations with other countries and would respect women’s rights within the framework of Islamic law, as they held their first official news briefing since their lightning seizure of Kabul.