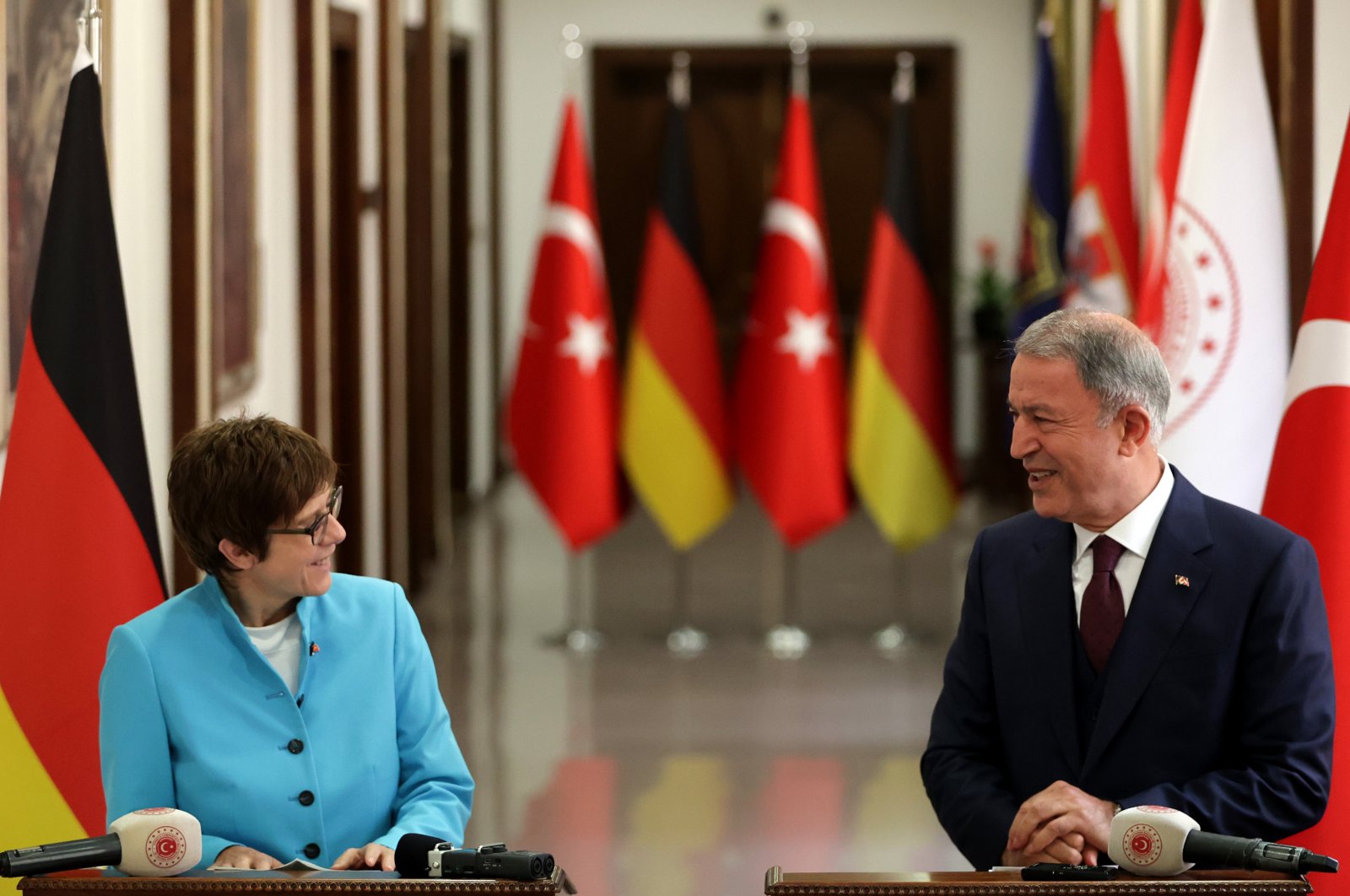 Turkey’s national defense minister said Thursday that he had a "constructive" meeting with his German counterpart in the capital Ankara, where the two defense chiefs discussed a wide range of issues, including the fight against terrorism.

"Just as we did during our visit to Berlin in February, we concluded our meeting here in a very constructive, positive manner with a mutual understanding and approach," Turkish National Defense Minister Hulusi Akar told reporters.

His remarks came after a one-on-one meeting with his German counterpart Annegret Kramp-Karrenbauer at the ministry building.

On counterterrorism, Akar said that he reiterated Turkey's firm stance and decisive fight against terrorists.

"The PKK equals the YPG (terrorists)," Akar said, referring to some Western countries' support for the YPG/PKK terrorist group under the pretext of fighting Daesh. He stressed that this fact has been proven with clear evidence.

The PKK is a terrorist organization that is also recognized as such by the European Union. However, PKK followers are still able to hold mass rallies across EU cities and maintain their presence. The group has also been able to recruit members and collect financial resources from its activities in Europe, including drug trafficking.

Highlighting the close cooperation in the defense industry between the two countries, Akar said that "some concrete steps" should be taken about restrictions on arms sales to Turkey to pave the way for future activities.

"These restrictions against Turkey cause some problems not only for Turkey but also for the (NATO) alliance," the Turkish minister said.

For her part, Kramp-Karrenbauer said that they generally agreed on the topics they discussed during the meeting.

On the recent developments in Afghanistan, she said many countries, including Germany and Turkey, have been struggling to maintain peace in the country for 20 years.

Stating that the first step is to preserve diplomatic missions in Afghanistan, the German defense minister said: "The security of the airport needs to be ensured in the first place."

Turkey, whose forces in Afghanistan have always consisted of noncombatant troops, have offered to guard Kabul's Hamid Karzai International Airport after NATO forces withdraw from Afghanistan.

The airport is the main gateway to the capital Kabul.

Ankara's offer to secure Kabul airport after NATO troops leave was among the key issues expected to be discussed during President Recep Tayyip Erdoğan's meeting with his U.S. counterpart Joe Biden.

Kramp-Karrenbauer stated that the infrastructure should be built with support and added that they would appreciate Turkey's steps to assume an important role in that regard.

She said that Turkey cannot be expected to do it alone and all allies should support Ankara.

According to an announcement in April by U.S. President Joe Biden, all foreign troops will exit Afghanistan by September 2021.