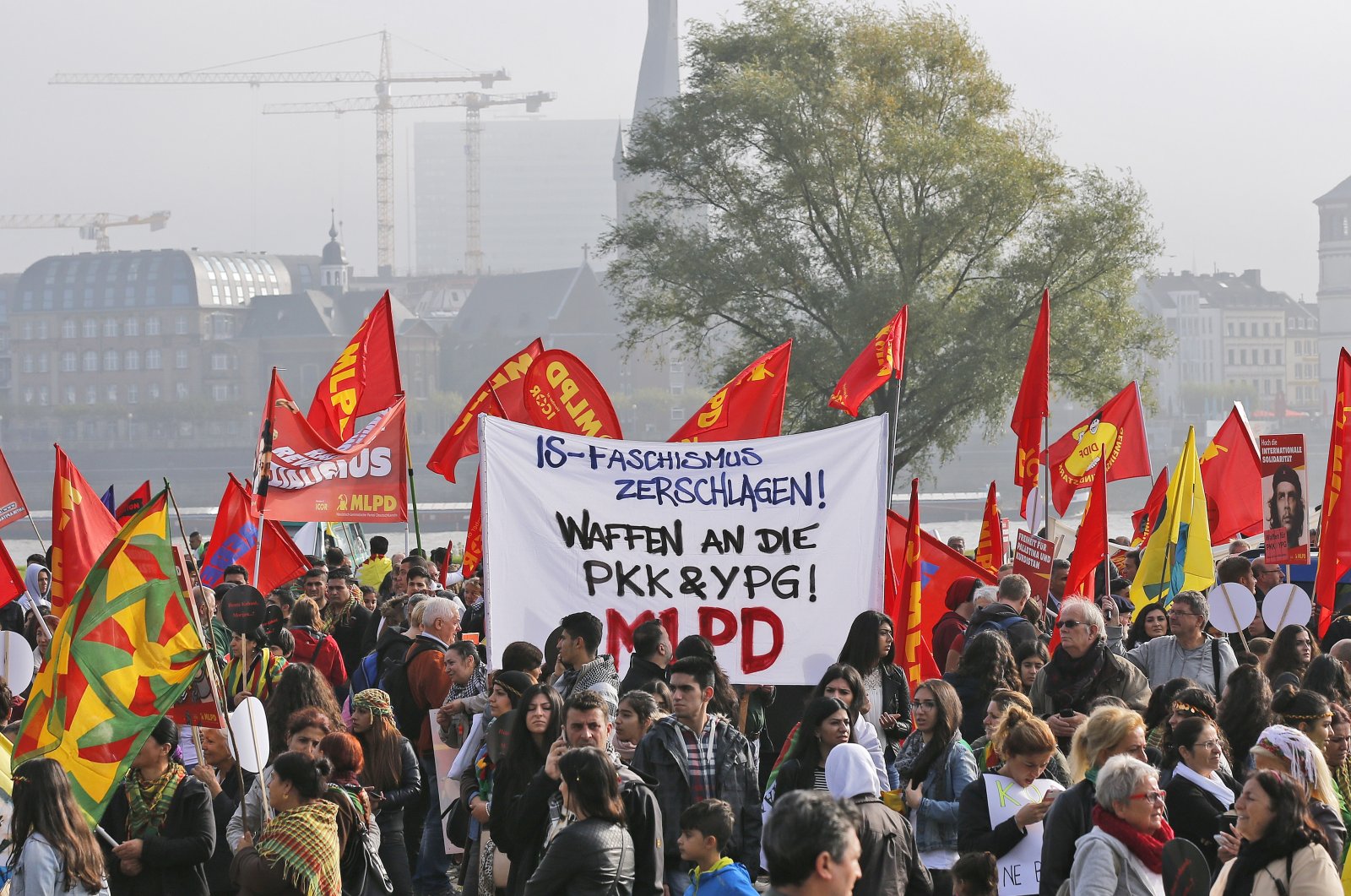 Presidential Spokesperson Ibrahim Kalın condemned a statement by the European Union’s lead spokesperson for external affairs over the EU’s support for a pro-PKK political party.

“For once, you could perhaps be concerned about the PKK, a terrorist organization on the EU list, which brutally executed 13 people in Gara, Iraq. Or would that get you into trouble with the PKK lobby?” Kalın said on Twitter regarding Peter Stano’s statement.

“The European Union is gravely concerned about the continuing pressure against the HDP and several of its members, which has materialized lately through arrests, replacing elected mayors, what seem to be politically motivated judicial proceedings and the attempt of lifting parliamentary immunities of Members of the Grand National Assembly,” Stano’s statement said, referring to the pro-PKK Peoples’ Democratic Party (HDP).

The PKK is a terrorist organization that is also recognized as a terror group by the EU. However, PKK followers are still able to hold mass rallies across EU cities and maintain their organizational presence. The group has also been able to recruit members and extract financial resources from its activities in Europe, including drug trafficking.

In 2014, encouraged by developments in northern Syria, the terrorist group PKK adopted a new strategy in Turkey and sought to weaken the Turkish state by disrupting its unity in an effort to gain territory in line with its separatist agenda.

On Oct. 6-8 of that year, PKK ringleaders and their supporters incited armed violence across the country, instructing militants, terrorists and ideological supporters to take to the streets and rebel against the Turkish state under the pretext of a Daesh attack on the Syrian border city of Ain al-Arab (Kobani).

HDP officials, including then-co-chair Selahattin Demirtaş, also made statements calling on people to take to the streets in protest.

In the events that would become known as the Oct. 6-7 Kobani protests, 31 people were killed and some 350 others were injured in clashes between pro-PKK and conservative Kurdish groups and security forces throughout Turkey, especially in the southeast.

During the violence, 16-year-old Yasin Börü was brutally murdered by the terrorist group’s supporters in southeastern Diyarbakır when he was distributing meat for poor families.

Following the events, more than 1,600 investigations were launched, 894 suspects were detained and 386 of them were imprisoned. Eighteen of the 41 suspects were sentenced to life in prison for the murder of Yasin Börü and his friends.