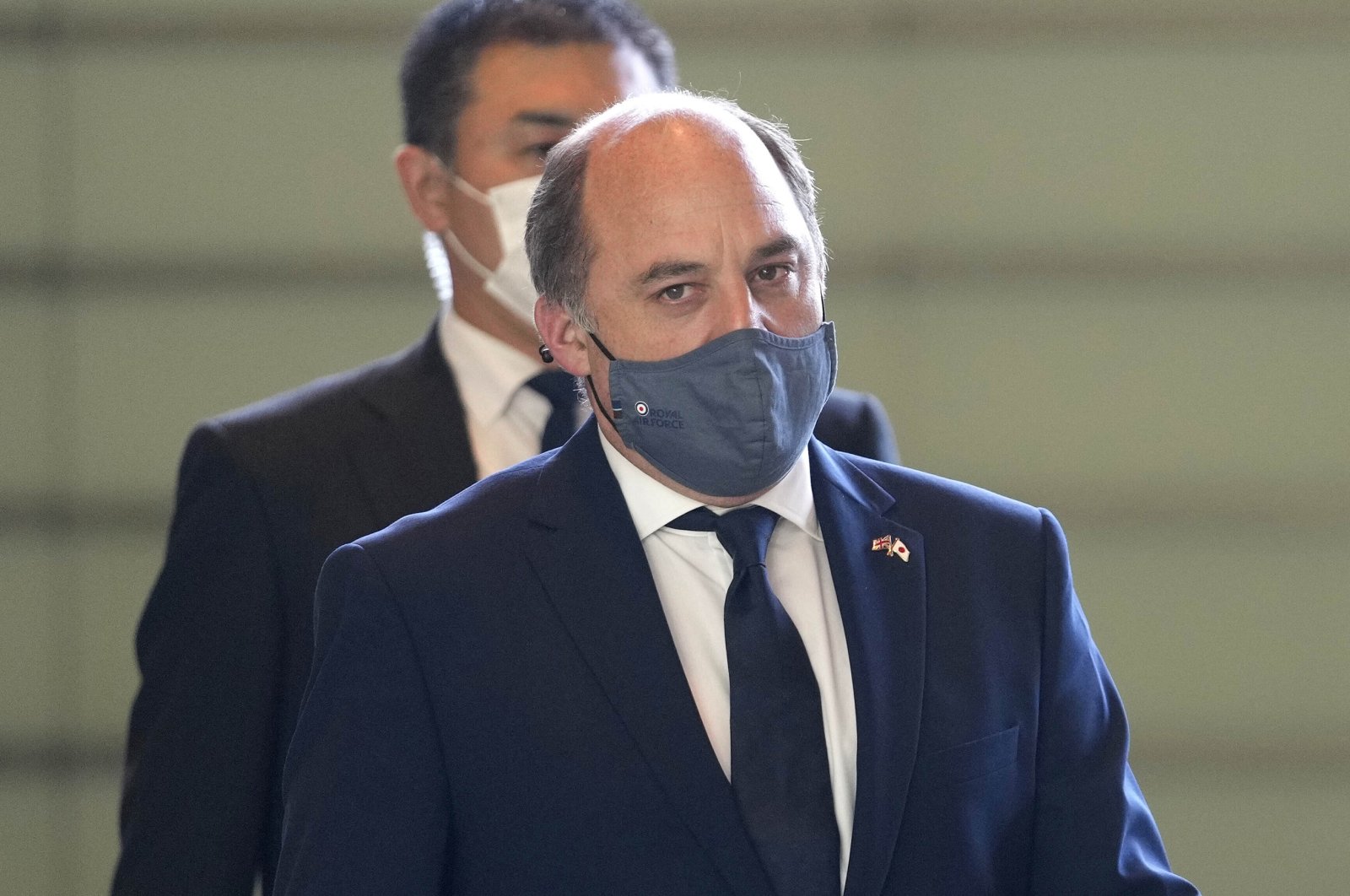 The Times, a British newspaper, published a report in which it said the U.K. had abandoned plans to establish regional hubs to process Afghans, and that the U.K. will resettle Afghans directly from refugee camps in neighboring countries.

In response to media reports that included Turkey as one of the potential locations for British refugee processing centers, the Turkish Foreign Ministry said Monday, "The news in the U.K. press saying there are plans to establish an asylum processing center for Afghan asylum-seekers in Turkey does not reflect the truth."

"No official request has been conveyed to us from any country up until today. Should there be such a request, we would not accept it anyway," the ministry stated.

On Tuesday, Wallace took to Twitter to deny the Times story, saying: "The story has no basis at all – total speculation! We said we would 'establish a series of processing hubs across the region.' You spin that to be a regional hub in Turkey!!!"

On Sunday, he wrote a piece in the Daily Mail, saying, "A series of 'processing hubs' will be set up in countries neighboring Afghanistan for refugees who manage to escape."

"If they can establish their right to come to the U.K., they will be flown to Britain," he added.

He did not mention countries such as Turkey or Pakistan; these countries were mentioned by media as part of speculation as to where the processing hubs could be based.

On Monday, Turkish Defense Minister Hulusi Akar told Anadolu Agency (AA) that Turkey being used as a refugee processing center was not discussed.

"The British defense secretary did not talk about either Turkey or Pakistan. Such a thing was not discussed in the article penned by him, nor is it possible," Akar said.

Also on Monday, BBC Turkish apologized after claiming that Wallace said Turkey could host refugee processing centers, with the British broadcaster saying it had misattributed media speculation to the British Ministry of Defense.

BBC Turkish corrected its story and issued an apology, saying, "We would like to point out that this is not actually from the statements of the British defense secretary."

"Information was mentioned in (British outlets) The Guardian and Mail on Sunday newspapers as a statement of intent that Turkey and Pakistan were also considered, with reference to the British Ministry of Defense, and this news was mistakenly attributed to the minister," it added.

Also, Turkish Foreign Minister Mevlüt Çavuşoğlu Tuesday said that no such proposal was received and Turkey would not accept it even if it been put forward.

Çavuşoğlu also said that Turkey has so far evacuated 1,404 people from Afghanistan – 1,061 of them Turkish nationals and 343 nationals of “various countries.”

"We are conducting intensive international diplomacy on developments in Afghanistan and irregular migration," Erdoğan said on Twitter Monday.

"We will continue taking all steps necessary to ensure stability in our region, to protect our country against the pressure of migration, and to ensure the peace of our nation," Erdoğan added, sharing an infographic on his contacts with seven leaders, including European Council President Charles Michel, his Ukrainian counterpart Volodymyr Zelenskyy, British Prime Minister Boris Johnson, his Russian counterpart Vladimir Putin, German Chancellor Angela Merkel, Iraqi Prime Minister Mustafa al-Kadhimi and Greek Prime Minister Kyriakos Mitsotakis.

Taliban insurgents seized control of Afghanistan after taking Kabul on Aug. 15, with the president and other top officials leaving the country.

The unexpected power grab has triggered a rush to flee Afghanistan, including among civilians who assisted foreign soldiers or groups and who now fear Taliban retribution.

The Taliban declared the war in Afghanistan over after taking control of the presidential palace in Kabul, sending Western nations scrambling to evacuate their citizens amid chaos at Kabul Hamid Karzai International Airport as frantic Afghans searched for a way out.