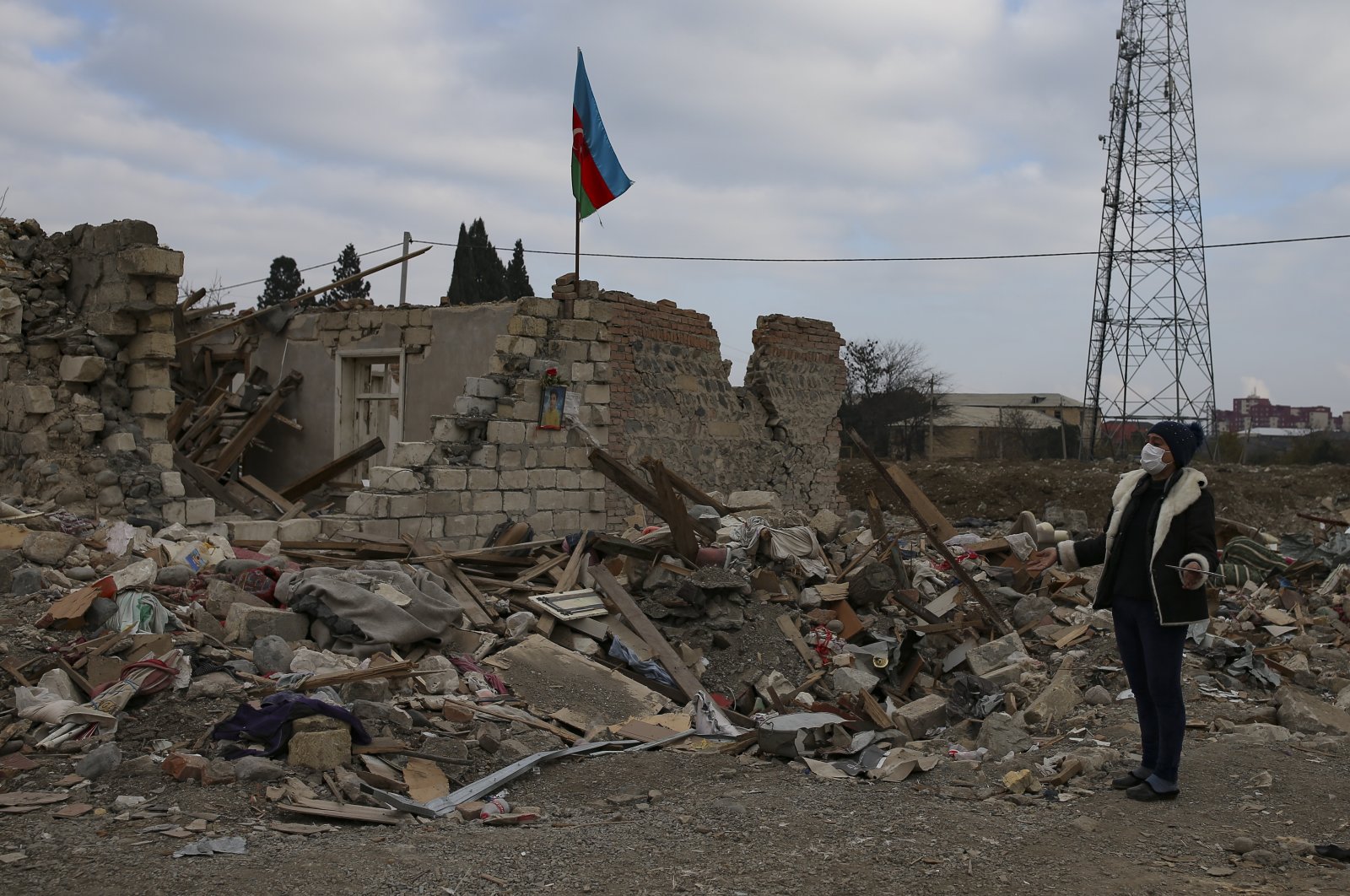 The United Nations should appoint a special rapporteur to investigate war crimes committed by Armenia in Nagorno-Karabakh, and Armenian officials responsible for the crimes need to be tried by an international court, the Turkish Parliament’s Human Rights Commission said in a report Thursday.

The commission, which visited Nagorno-Karabakh and Azerbaijan to examine the situation on the ground, noted that Armenia had intentionally targeted homes, hospitals, cemeteries schools and business compounds to destroy them. It called on the U.N. to immediately appoint a rapporteur to determine war crimes and other human rights violations during the Nagorno-Karabakh conflict.

“The Council of the European Union also needs to include this issue on their agenda,” the report said.

The Armenian military also used cluster bombs, which are indiscriminate in nature and leave unexploded bomblets on the ground that can kill and injure civilians even after attacks are halted.

Moreover, the commission found that civilian settlements in the city of Ganja were targeted twice in ballistic missile attacks.

Ganja was one of the most targeted Azerbaijani towns in the most recent conflict. The first Armenian attack on the region took place on Oct. 4, when a missile hit the city and killed one person and injured 30 others. The second attack took place on Oct. 8, during which many residential buildings were damaged, however, no loss of life was incurred. Then, on Oct.10, only a day after Russia brokered a cease-fire between the warring sides, Armenia attacked for the third time. An Armenian Scud missile hit an apartment complex in Ganja, completely destroying it. During this attack, the city’s infrastructure was heavily damaged as well. In the attack, 10 civilians were killed and 40 others were injured, including women and children. A total of 95 buildings were damaged, impacting the lives of approximately 205 people. The fourth and final attack took place on Oct.17. After the firing of the Armenian Scud missiles, three massive explosions rocked the city. These attacks were conducted in densely populated areas.

“As findings on the ground confirm, the civilian and military leaders who pushed Armenia into this war need to be tried by the International Criminal Court (ICC) for war crimes against civilians and their damage needs to be compensated,” the report said.

Relations between the former Soviet republics of Azerbaijan and Armenia have been tense since 1991 when the Armenian military occupied Nagorno-Karabakh, a territory recognized as part of Azerbaijan, and seven adjacent Azerbaijani regions.

Clashes erupted on Sept. 27 and the Armenian Army continued attacks on civilians and Azerbaijani forces, even violating humanitarian cease-fire agreements for 44 days.

Baku liberated several cities and nearly 300 settlements and villages from the Armenian occupation during this time. On Nov. 10, the two countries signed a Russian-brokered agreement to end fighting and work toward a comprehensive resolution.