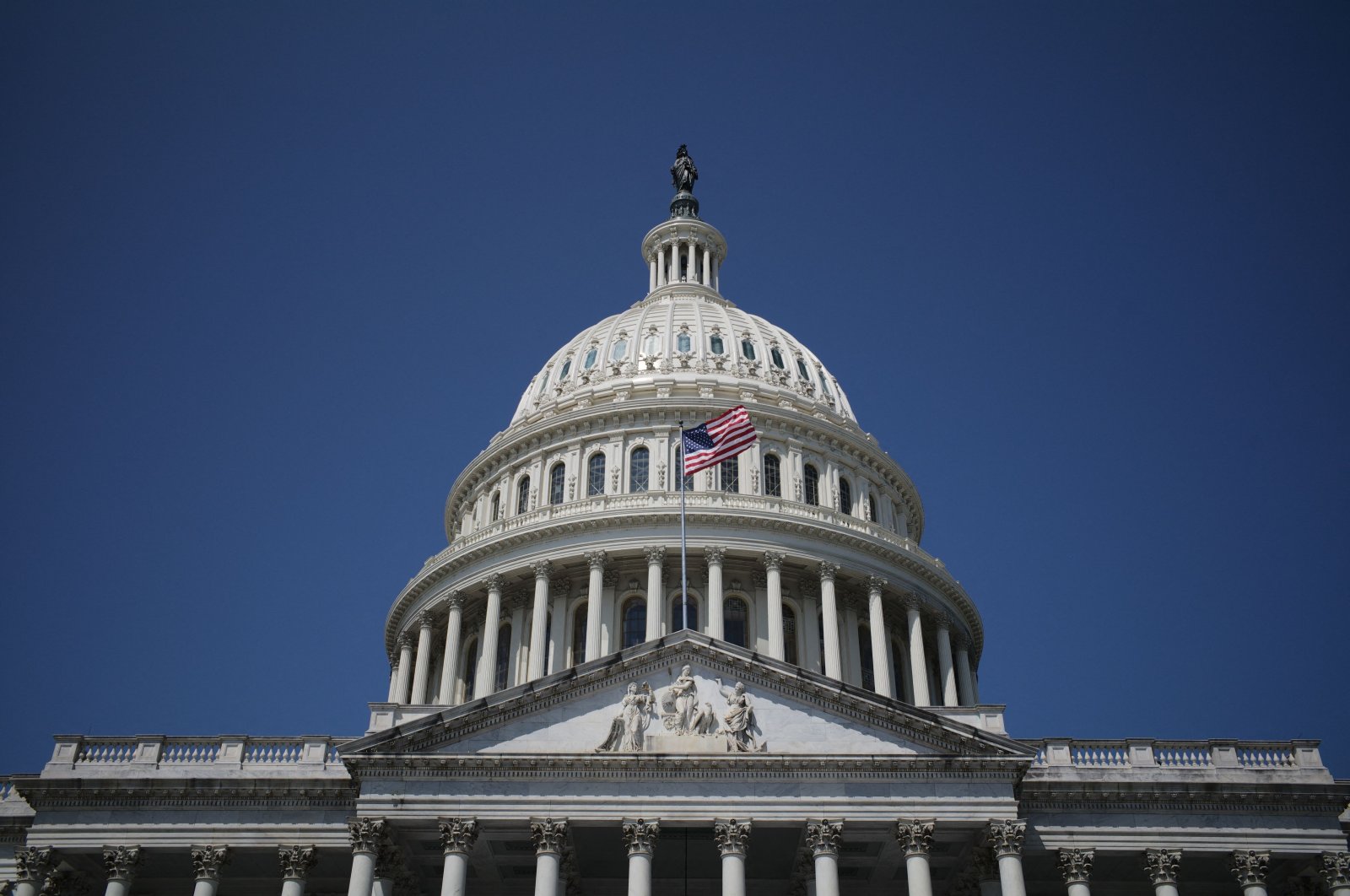 Experts say that the letter is tied to the increased activities of the anti-Turkey lobby in the U.S. in recent years. The letter disregards the positive impacts of Turkish drones and ignores that the machinery has been used to hinder Russia from furthering its interests in several geographies.

Despite this, the members allege that Turkey’s UAVs “destabilized multiple regions of the globe and threatens U.S. interests, allies and partners.”

Saying that Turkish drones have been deployed in Azerbaijan, Syria and Libya, the members added, “Turkey has entered into agreements to sell drones to Poland and Pakistan and is discussing the joint production of armed UAVs and anti-drone defense systems with Russia and Pakistan.”

Turkish drones have gained popularity since the hardware was successfully deployed in Syria, Libya and Azerbaijan during conflicts that were prominently covered around the world.

Turkey has gained remarkable experience in recent years while it was fighting the PKK terrorist group within its borders, which Ankara is expanding through neighboring Iraq and Syria via cross-border counterterrorism operations.

Poland has also signed a contract for the purchase of Bayraktar TB2s, becoming the first NATO member country to acquire Turkish drones.

Another U.S. ally and NATO member, Latvia later hinted that it could be the second European Union and NATO member state to acquire the Turkish unmanned combat aerial vehicles (UCAVs) that have had high-profile successes in the field.

The director of the Countering Terrorism and Extremism program at the Middle East Institute, Charles Lister, stated on Tuesday that the letter disregards the positive impacts of Turkey’s drone capacity. Lister pointed out that there have been sales to NATO members that are against Russia thanks to Turkey.

Last December, the U.S. decided to impose sanctions on Turkey over the purchase of Russian-made missile defense systems.

They also urged the state department to investigate whether Turkey was violating the U.S. sanctions and whether the drones contained parts and technology from American firms.

“We request a briefing from the Department of State that details potential ramifications of Turkish drone proliferation, employment and sales.”

The members further urged the “immediate suspension” of any export permits for U.S. drone technology to Turkey.

They will not cancel existing contracts or prevent either side from procuring vital defense needs, including parts for the U.S. F-35 stealth fighter still being produced in Turkey, or spare parts for Turkey's F-16 jets.

The sanctions – through the U.S. Countering America's Adversaries Through Sanctions Act (CAATSA) designed to deter any country from agreeing to military deals with Russia – also restrict U.S. loans and credits to the Presidency of Defense Industries (SSB), although that is not seen as having a significant impact.

Security expert and head of Wise People Center for Strategic Studies (BILGESAM) Elnur Ismayıl told Daily Sabah that the letter was an example of the anti-Turkey lobby in the U.S. becoming more active in the last years.

“It is possible to view this lobby as Armenian or as part of the FETÖ (Gülenist Terror Group) in the U.S. Congress members supported by the Armenian lobby that has been especially acting against Turkey and Azerbaijan recently, are targeting Turkey-U.S. relations at every step and taking initiatives to impose sanctions against Ankara,” he added.

Relations between the two former Soviet republics have been tense since 1991 when the Armenian military occupied Nagorno-Karabakh, a territory internationally recognized as part of Azerbaijan, and seven adjacent regions. Fresh clashes erupted between Armenia and Azerbaijan in late September, rekindling the Caucasus neighbors' decadeslong conflict over the region.

During the conflict, Azerbaijan liberated several towns and nearly 300 settlements and villages from the Armenian occupation. Fierce fighting persisted for six weeks despite efforts by France, Russia and the U.S. to broker cease-fires, before Armenia and Azerbaijan signed a Moscow-brokered peace deal on Nov. 9.

He stated that two signatories of the letter, Democrat David Cicilline and Republican Gus Bilirakis had sent a similar letter in July and demanded that drone technology transfer to Turkey be halted.

Saying that the most important part of the letter is its demand to stop drone technology export to Turkey, Ismayıl stated that it is meaningless that congress members criticize Turkey for its drone exports as the U.S. itself is the country with the highest percentage of arms exports.

"Strategic issues have rightfully received significant attention in our bilateral relationship, but the gross violation of human rights and democratic backsliding taking place in Turkey are also of significant concern," said the letter, whose signatories included Rep. Greg Meeks, the Democratic chair of the House Foreign Affairs Committee, and Mike McCaul, the panel's ranking Republican member.

It became the second such letter sent to the new U.S. administration with the suggestion.

In February, the Senate sent another letter urging Biden to put pressure on Turkey to stop the country’s fight against terrorist organizations and “belligerent and combative” foreign policy.

“We write regarding the ongoing human rights situation in Turkey and ask that you press the Turkish government to improve its troubling record,” the letter, penned by 54 senators, said. They claimed the Turkish government led by the Justice and Development Party (AK Party) under President Recep Tayyip Erdoğan had adopted a “combative” foreign policy and attacked U.S.-backed forces in Syria.

The senators were referring to Turkey’s counterterrorism operations targeting the PKK terrorist organization’s Syrian offshoot, the YPG, in Syria.

İsmayıl further said that although the members accused Turkey of threatening its partners in Syria and their interests, it is Washington that protects a terror group that threatens Turkey’s national security and fight against terrorism.

He highlighted that the letter will not have much reflection on Turkey-U.S. relations as the fight against terrorism as well as the S-400s issue remains an issue of disagreement.

“The Biden administration will not want to experience another problem in ties with Turkey on Turkish drones.”

Monday’s letter similarly used the statement that Turkey attacked “forces that have partnered with the U.S. in Syria.”

The U.S. has primarily partnered with the YPG in northeastern Syria in the anti-Daesh fight. On the other hand, Turkey strongly opposed the terrorist group’s presence in northern Syria.

Ankara has long objected to the U.S.' support for the YPG, a group that poses a threat to Turkey and terrorizes local people, destroying their homes and forcing them to flee.

On Twitter, Lister reminded that Turkey’s 2020 air campaign against Assad “froze a spiraling humanitarian crisis” and led to a cease-fire.

“Behind the scenes, the U.S. government and European allies were relieved (to say the least) at the effect of Turkey's Idlib air campaign, as its debilitating effect on regime forces forced an Assad/Russia 180 degree shift and sealed the longest cease-fire in 10 years of Syria's conflict,” Lister stressed.

The Bayraktar TB2, a tactical armed UAV system, first made an international name for itself especially in the Syria war early last year after the Turkish military launched an operation in northern Syria, backed by electronic warfare systems, ground troops, artillery and warplanes.

Almost a million people have fled the Assad regime’s offensive on the last opposition bastion since December 2019, with many seeking refuge in overcrowded tent camps near the Turkish border. According to the U.N., it was the largest single wave of displacement in Syria's decadelong war. Upon the Assad regime's attack on its own people, Turkey launched Operation Spring Shield to protect civilians. After, the surge of violence decreased following a Turkey-Russia brokered a cease-fire in the region.