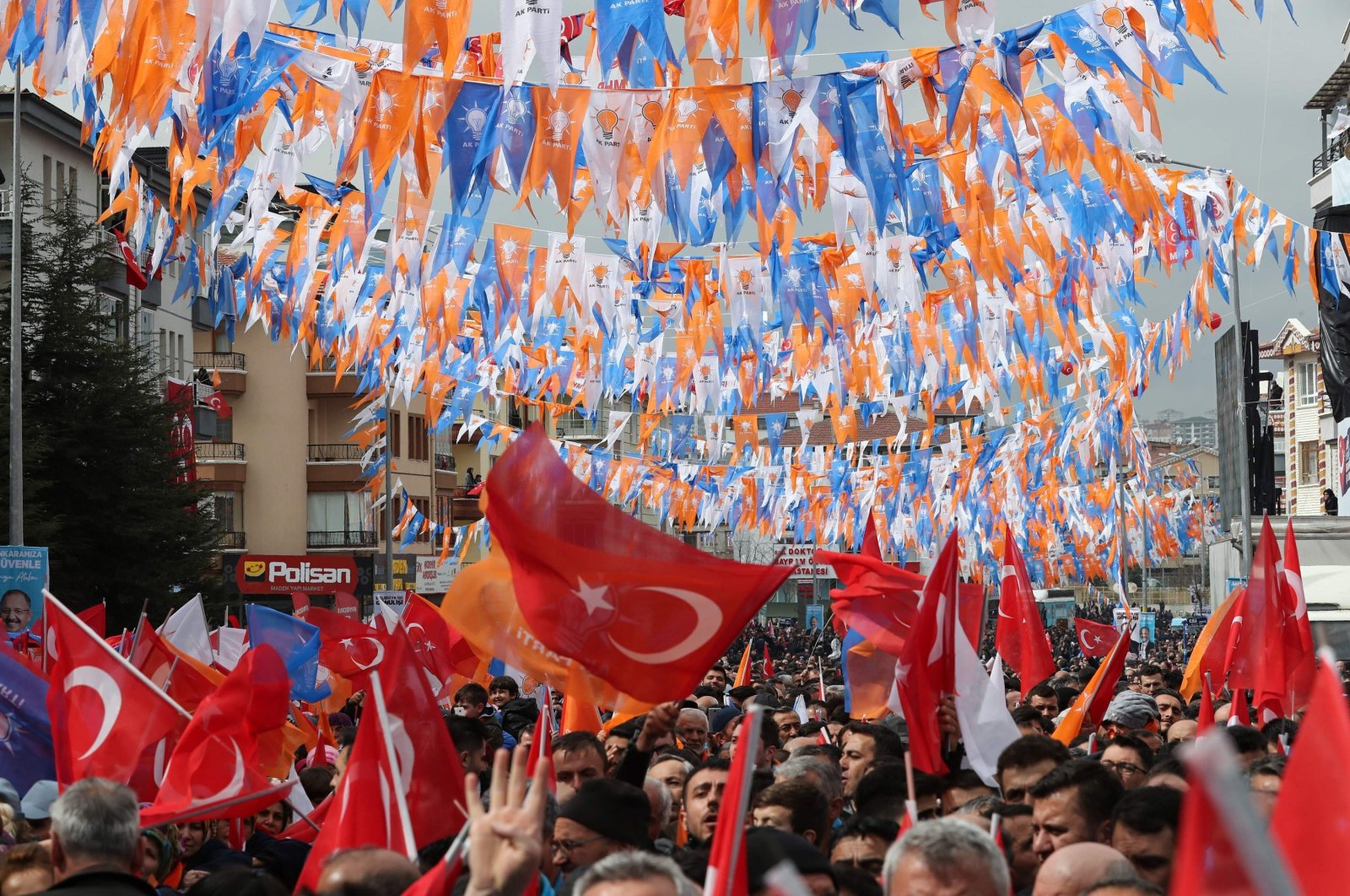 Ruling Justice and Development Party (AK Party) has sped up its seventh Ordinary Congress process, which was interrupted and slowed down by the pandemic. A heavy schedule is ahead of the party in the first months of 2021.

So far, the party concluded its congresses in 23 provinces and 934 districts. It is expected for the district congresses to be completed by the end of January as there are only 39 districts left, while the provincial congresses are expected to last during the month of February as well.

The congress process started almost a year ago, in February 2020. However, due to the coronavirus pandemic, the process had to be stalled for a while. Recently, the congresses started once again all over the country, being conducted in accordance with the principles of measures against the pandemic.

In this respect, only the provincial and district delegates can participate in the congresses, in contrast to previous congresses where all party members were welcomed.

President Recep Tayyip Erdoğan usually participates in the congresses via videoconference, with minor exceptions where he actually attends the ceremony.

Next week, 19 more provinces are scheduled to have their congresses, all of which will be participated by Erdoğan via videoconference.

Last week, Erdoğan participated at the party's joint provincial congress for the central provinces of Kırşehir, Kırıkkale, Yozgat and Sivas via a videoconferance.

During his speech, he said the AK Party will be victorious in the 2023 presidential and parliamentary elections, as it did in every other election in the past 20 years.

The president stated that in 2020 alone, the AK Party increased its membership by 1 million despite the harsh circumstances created by the pandemic, proving that people are putting their trust in the party.

"AK Party is the party with the highest capacity to rejuvenate itself. If there is anyone left who we did not knock on her/his door to ask if she/he has any problems, it is our party's failure."

The AK Party was founded in 2001 under the leadership of Erdoğan and quickly gained momentum, emerging as the leading body in the Nov. 3, 2002, general elections, receiving 34.28% of the votes.

Within its base, the AK Party has millions of people from differing political backgrounds, and since winning its first election, its voter count has increased in every subsequent election. Turkey is expected to hold its upcoming presidential and parliamentary elections in June 2023. So far, the AK Party has consistently denied rumors of early elections, despite speculation by opposition parties.