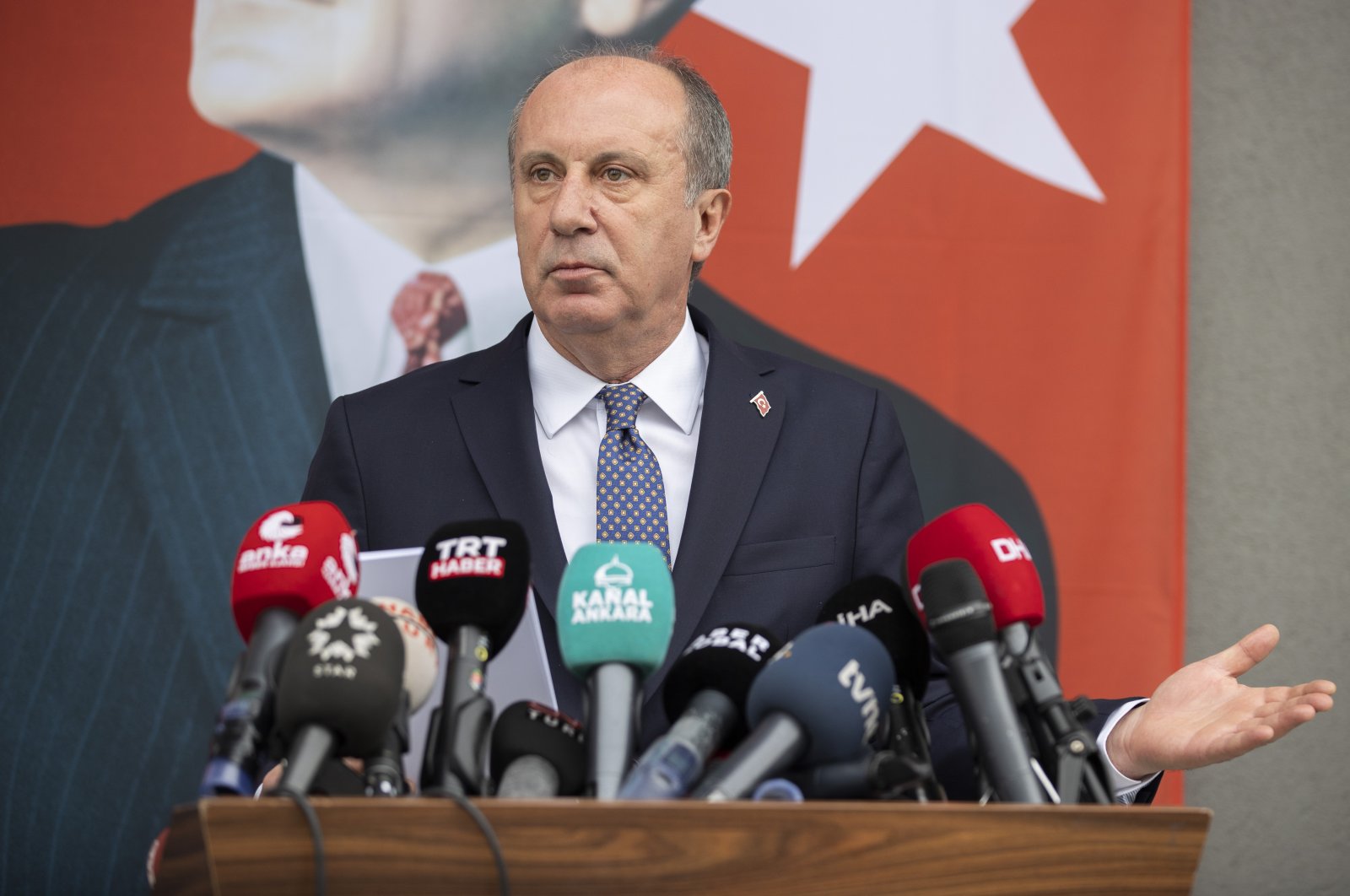 Addressing reporters at a news conference in the capital Ankara, Ince, who had launched the Homeland in A Thousand Days campaign back in August, also dismissed the accusations of dividing the opposition. He said those accusing him of divisiveness are afraid of losing their posts in the party.

"I am parting ways with fake CHP members," he said, reiterating his criticism that the party has abandoned its original values and principles.

He added that will never side with the People's Alliance, which is led by the ruling Justice and Development Party (AK Party) and also includes the Nationalist Movement Party (MHP).

Ince said that they will offer an option to those who reluctantly voted for the CHP because they did not have a proper alternative and added that they will "save the country from both this government and this opposition."

He also reiterated his claim that the new political movement will be able to obtain 50+1% of the popular vote.

Ince last week stated that he will soon establish a political party and that CHP lawmakers who recently announced their resignation will join the new party.

“I am not worried about establishing a party with a few lawmakers. We will form a political structure that will be able to obtain 50%+1% of the vote,” Ince had told Demirören News Agency (DHA), as he added that he will submit his resignation soon.

Ince also said lawmakers Mehmet Ali Çelebi, Hüseyin Avni Aksoy and Özcan Özel, all dissident figures in the party, will join his newly established party. Harshly criticizing the CHP for trying to persuade the lawmakers to not resign from the party, Ince said the CHP started spreading lies after the trio went ahead with the resignation.

“They will not get anywhere with such defamation,” he said, as he accused CHP executives of lacking any sense of shame.

“You have destroyed democracy within your party so how are you supposed to bring democracy to this country?” Ince asked as he criticized CHP Chairperson Kemal Kılıçdaroğlu for becoming authoritarian.

Dissidents accuse Kılıçdaroğlu of hypocrisy in terms of criticizing Erdoğan for so-called “one-man rule,” while maintaining a firm grip on the party. They claim that Kılıçdaroğlu has become a pioneer of the one-man rule as he has failed to step down even though the party has lost numerous elections under his leadership. The dissidents also criticize the party for nominating individuals who seem to contradict party ideology and principles and for failing to hold offenders accountable for their mistakes.

Last week, 350 more party members from the CHP's northwestern Yalova provincial organization resigned. Ince served as the deputy of Yalova, his hometown, between the years 2002 and 2018.

Erdoğan recently criticized the CHP for blaming the ruling AK Party for its own intraparty brawls.

Addressing the AK Party's provincial congresses in southern Adana and Antalya, southwestern Muğla and northwestern Bursa via video link, Erdoğan last week commented on the recent resignations from the CHP to form new political parties and movements, saying, "Holding the AK Party responsible for the intraparty fights is brazenness, pushfulness and political impudence."