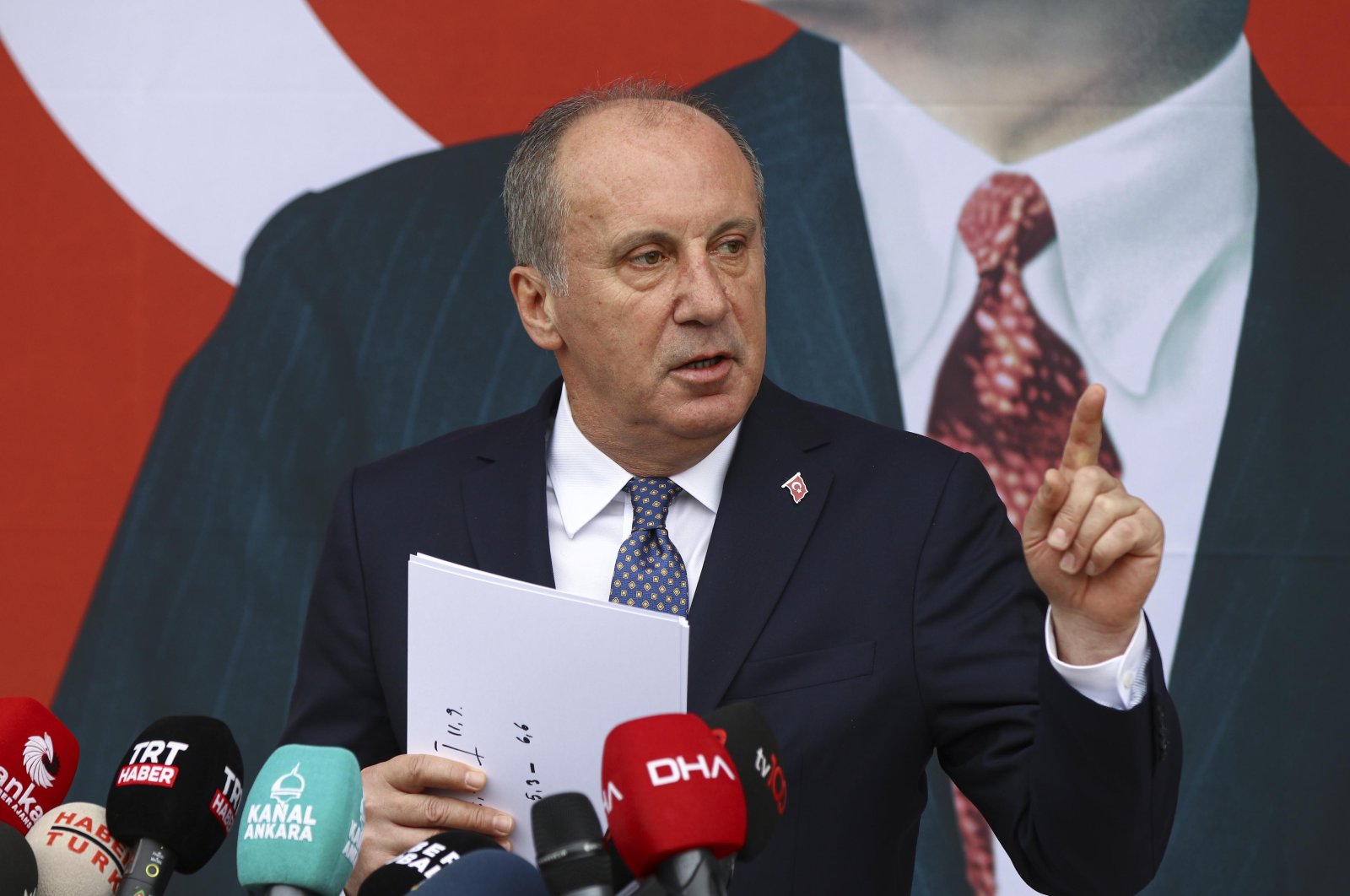 Former presidential candidate and main opposition Republican People’s Party (CHP) dissident Muharrem Ince who launched the "Homeland in A Thousand Days" campaign stated on Tuesday that he will win the next elections “if the CHP does not split my votes.”

His words came after mounting criticism of Ince for dividing the votes of the CHP after he resigned from the party to establish his own movement on Feb. 8.

“No, I do not divide votes. They will make an alliance with me just as they do with the Good Party (IP),” Ince was quoted as saying by Turkish daily Hürriyet.

Ince had already previously dismissed the accusations of dividing the opposition. He said those accusing him of divisiveness are afraid of losing their posts in the party.

He had also stated that he will soon establish a political party and that CHP lawmakers who recently announced their resignation will join the new party.

Following his resignation, Ince said that they will offer an option to those who reluctantly voted for the CHP because they did not have a decent alternative and added that they will "save the country from both this government and this opposition."

Dissidents accuse CHP leader Kemal Kılıçdaroğlu of hypocrisy in terms of criticizing Erdoğan for so-called “one-man rule,” while maintaining a firm grip on the party. They claim that Kılıçdaroğlu has become a pioneer of the one-man rule as he has failed to step down even though the party has lost numerous elections under his leadership. The dissidents also criticize the party for nominating individuals who seem to contradict party ideology and principles and for failing to hold offenders accountable for their mistakes.

Some lawmakers are also known to have a critical view of the CHP’s alliance policies and its stance with regard to the pro-PKK Peoples’ Democratic Party (HDP), whose lawmakers and co-chairs remain under investigation for their controversial relations with the PKK terrorist group.