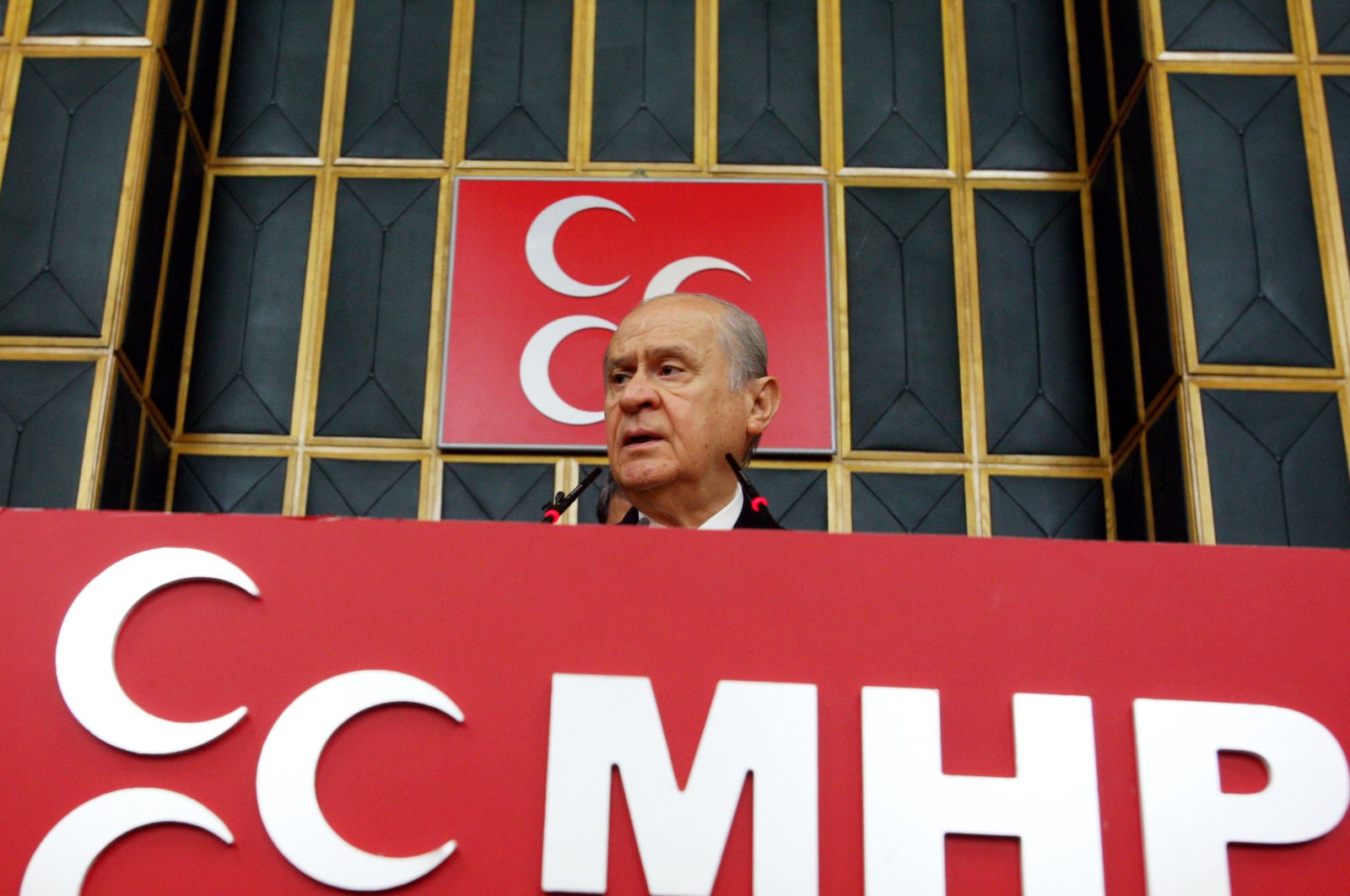 Nationalist Movement Party (MHP) Chairperson Devlet Bahçeli dismissed early election claims once again, as he said Turkey’s elections would be held on the designated date in 2023.

Speaking at his parliamentary group meeting in the capital Ankara, Bahçeli said the opposition People Alliance’s requests for snap polls are nothing but a pipe dream.

Urging all parties to respect the presidential system, Bahçeli said everyone is obliged to make positive contributions to the new era.

Bahçeli continued by criticizing the main opposition Republican People’s Party (CHP) and Good Party (IP) for “political bankruptcy,” as he said both parties have become unable to produce any rhetoric besides calling for early elections. However, he continued by noting that the opposition alliance would be unable to hold early elections as they do not have a majority in the Parliament.

Bahçeli noted that the PKK terrorists and the Gülenist Terror Group (FETÖ) are also in favor of early polls.

“Conflicting political discourse has become the sole means for the CHP to maintain its political existence,” Bahçeli said, adding that the main opposition aims to come to power through the chaos.

Earlier this year, Erdoğan and AK Party officials dismissed the possibility of holding early elections, reiterating once again that such claims are nothing but speculation.

Bahçeli also accused the United States of having double standards in its relations with Ankara, criticizing Washington's position on the country's acquisition of Russian S-400 missile defense systems.

"The continuation of (U.S.) pressure and sanctions policies against Turkey in their current state will damage ties between the two countries in many ways. The same U.S. has applied a double standard against Turkey as it holds channels of diplomacy and negotiation open with other countries with whom it has problems," Bahceli said.

Referring to the U.S.' opposition to Turkey's S-400 purchase, Bahçeli said Washington refused to give Turkey the weapons it needed: “What were you thinking when you were seizing the F-35s (jets) for which we were partners in production and paid for in advance? What are you trying to gain?"

In April 2017, when its protracted efforts to buy an air defense system from the U.S. proved futile, Turkey signed a contract with Russia to acquire the state-of-art S-400 system.

U.S. officials opposed the move, claiming the S-400s would be incompatible with NATO systems and would expose F-35 jets to possible Russian subterfuge.

In 2019, Washington announced it was taking Turkey out of the F-35 stealth fighter jet program over Ankara's purchase of the S-400 system.

Turkey, however, stressed that the S-400s would not be integrated into NATO systems, and pose no threat to the alliance or its armaments.

Ankara has also repeatedly proposed setting up a joint commission with the U.S. to clarify the issue.