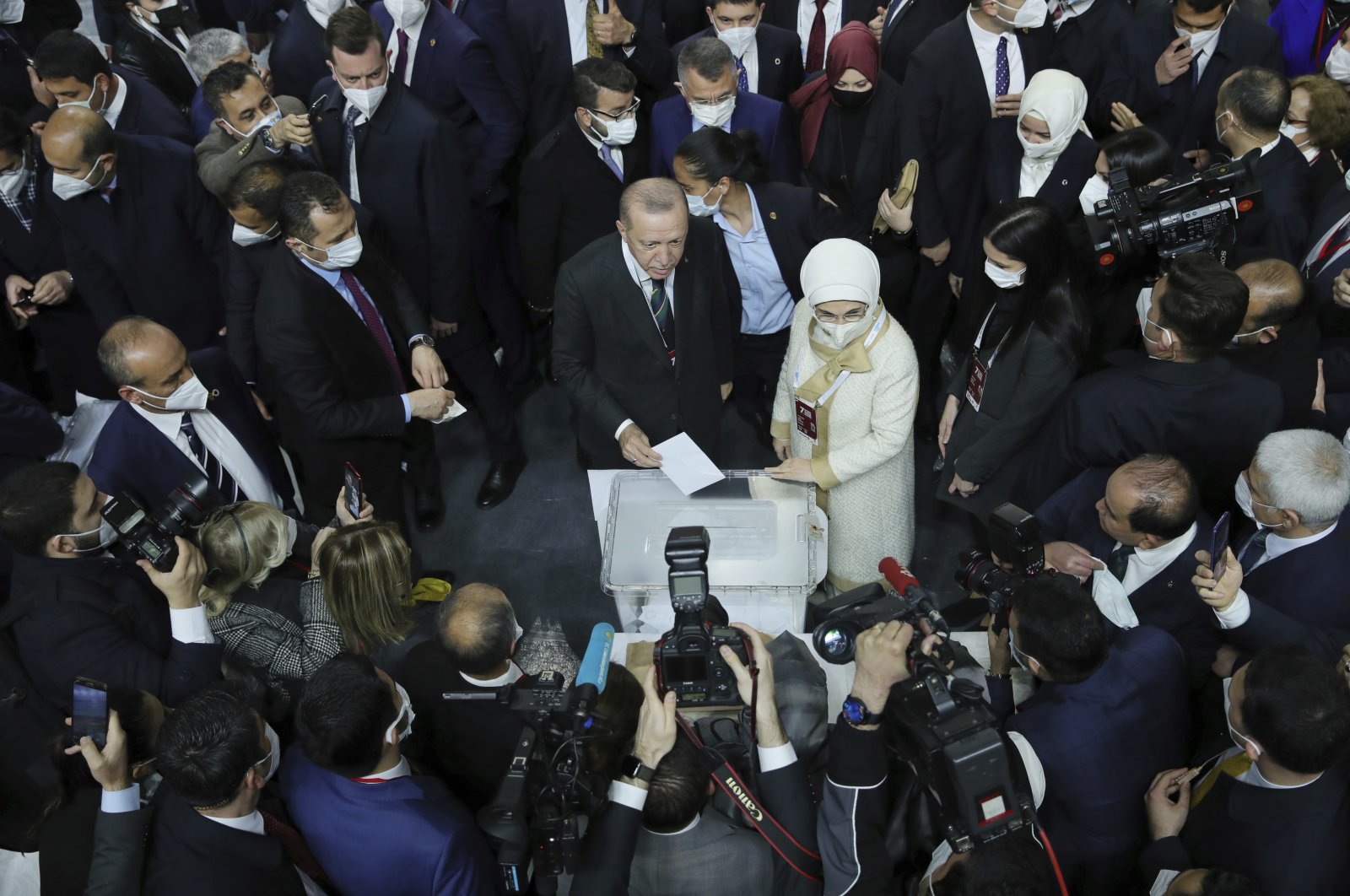 The ruling Justice and Development Party (AK Party) is projected to get 38% of the votes in the 2023 Turkish general elections, according to a recent Optimar poll.

The main opposition Republican People's Party (CHP), on the other hand, would get 24%, according to the poll, while the pro-PKK Peoples' Democratic Party (HDP) was at 12%.

Turkey held its last general elections in 2018, where the AK Party and the country's current president, Recep Tayyip Erdoğan, came out victorious. The next election is expected to take place in June 2023.

According to Optimar's March polls, the rest of the votes were distributed between the Nationalist Movement Party (MHP) at 11%, the Good Party (IP) at 10%, and almost 1% each for the Democracy and Progress Party (DEVA), the conservative Felicity Party (SP) and the Great Unity Party (BBP).

CHP and IP had formed Nation Alliance against the People's Alliance in the previous elections. They were also backed by HDP and SP.

The 2023 general elections will be the first election for the DEVA Party, which was formed by the AK Party dissidents, while the HDP remains mired in controversy.

Turkey’s chief public prosecutor petitioned the Constitutional Court to shut down the HDP. That lawsuit will be the benchmark of Turkish politics until the 2023 elections.

Prior to the 2018 polls, Optimar's projections came close to the actual results. The last poll conducted June 14-20, 2018, for the general elections held on June 24 showed that the AK Party would get 46% of the votes, which was 3.5% higher than the actual election results, where the AK Party got 42.5% of the votes. The CHP, which got 22.6% of votes, was projected to receive around 26.3%.

Founded in 1994, Optimar is an Ankara-based research organization, widely known for its election polls.