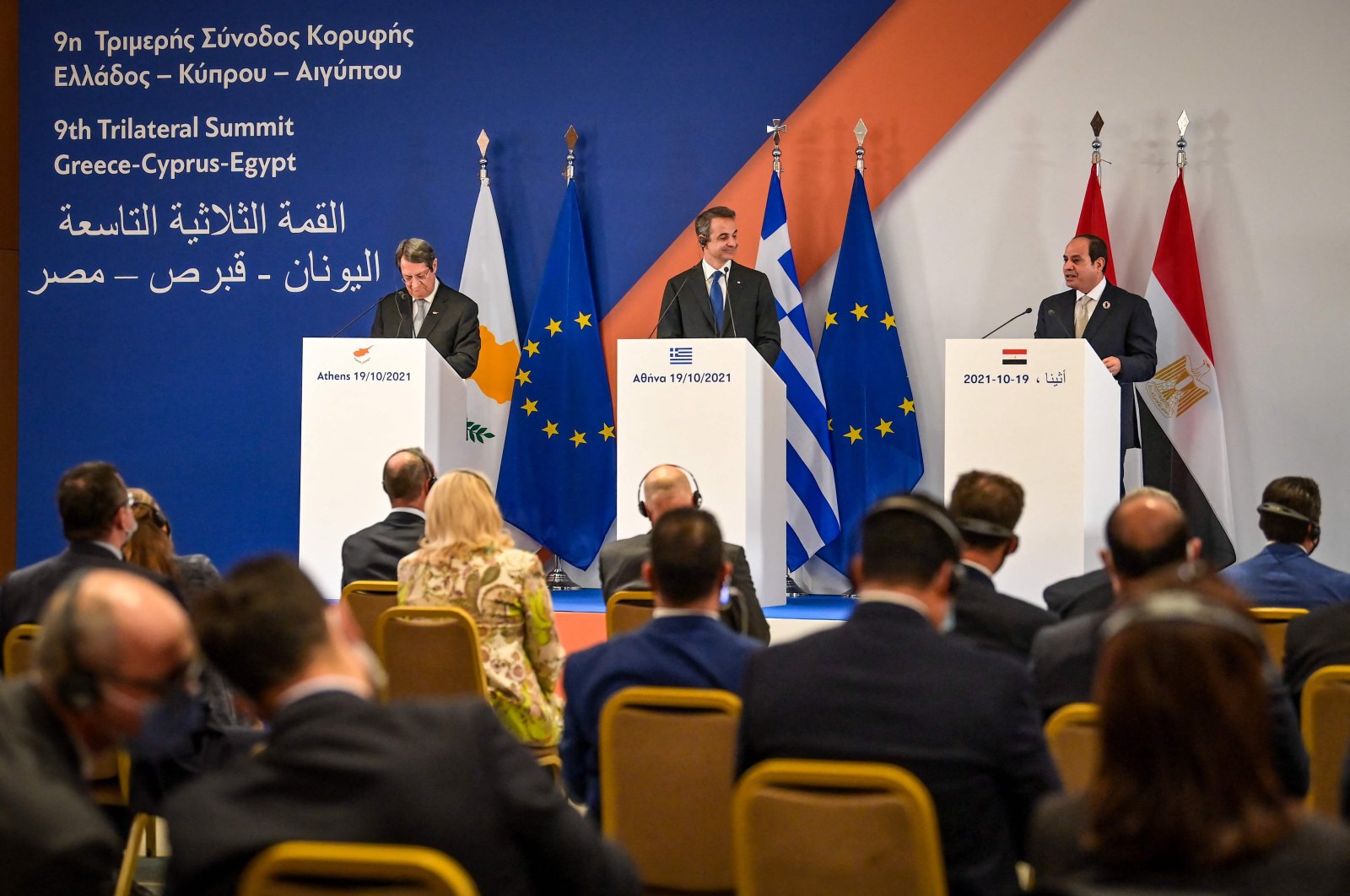 Egypt lending its name to a joint statement with Greek Cypriot leader Nikos Anastasiades and Greek Prime Minister Kyriakos Mitsotakis shows that the country has "not yet grasped the real address that it can cooperate with in the Eastern Mediterranean,” the Turkish Foreign Ministry said late Tuesday, condemning the tripartite summit.

Maximalist and illegal claims by Greece and the Greek Cypriot administration that overlook the presence of Turkish Cypriots are behind the tensions in the Eastern Mediterranean, the ministry said in a written statement.

Calling the declaration issued earlier on the same day a new manifestation of Greece and the Greek Cypriot administration's hostility, the ministry reiterated Turkey's determination to protect its own legitimate and legal rights and those of Turkish Cypriots in the region.

It went on to underline that Turkey has already proven that initiatives in the region cannot be successful without involving Turkey and the Turkish Republic of Northern Cyprus (TRNC).

"Turkey supports energy projects that will enhance cooperation among the countries in the region. However, these projects should not ignore the rights and interests of Turkey and Turkish Cypriots, and they should be inclusive," the statement said.

"We remind once again that a new negotiation process will not be possible unless the sovereign equality and equal international status of the Turkish Cypriot people are reaffirmed," the ministry said.

Greece, Egypt and Greek Cyprus have called on Turkey to respect international maritime law, as tensions over natural gas resources and territorial disputes in the Eastern Mediterranean are simmering again.

Egyptian President Abdel-Fattah el-Sissi, Anastasiades and Mitsotakis met in Athens on Tuesday, in what was the ninth summit meeting among the Mediterranean countries since 2014.

Stability in the region has topped the agenda for years, along with the issues of energy and migration.

Greece and Turkey came to the brink of military confrontation in the Eastern Mediterranean last year over maritime boundaries and natural gas reserves. Both are claiming the right to prospect and drill for energy resources in the same part of the sea.

Two weeks ago, Turkish frigates had pushed back a research vessel commissioned by the Greek Cypriot administration that had violated Turkish waters south of the island.

Greece, Egypt and Greek Cyprus are planning to connect their electricity grids via a cable in the Mediterranean. Plans for a pipeline that could be built on the seabed for natural gas to be piped from Egypt to Crete are also under discussion.

"As energy sources diversify, Egypt can become a supplier of electric power, which will be mainly produced by the sun, and Greece will become a distribution station for Europe," Mitsotakis added.

The ministry also responded to the claims in the declaration on the Turkish-Libya maritime jurisdiction and military cooperation agreements.

"The fact that these countries which caused Libya to be driven into instability by supporting certain illegitimate groups are now targeting Memoranda of Understanding we signed with the legitimate government of Libya is first and foremost an act of disrespect to Libya's interests and sovereignty," it emphasized.

The EU was similarly critical of the Turkey-Libya agreement in its 2021 report on the country.

“Turkey continued to assert the validity of the Turkish-Libyan maritime delimitation and military agreements of 2019. The EU considers this an infringement of the sovereign rights of third States, not complying with the Law of the Sea and having no legal consequences for third States,” it said Tuesday.