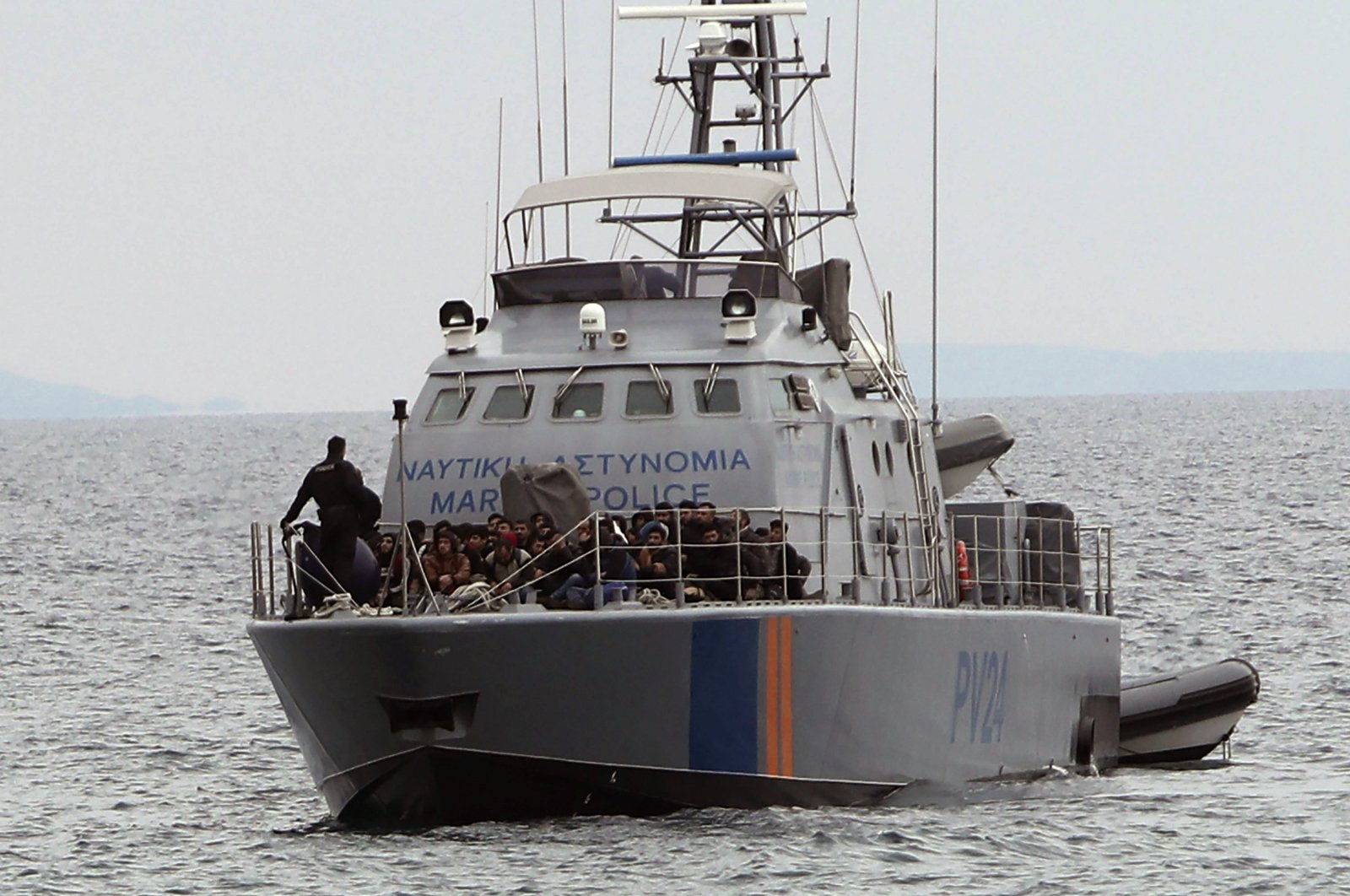 Migrants aboard a Greek Cypriot administration police patrol boat as they are brought to a harbor after being rescued from their own vessel off the Mediterranean island nation's southeastern coast of Protaras, Eastern Mediterranean, Jan. 14, 2020. (AP File Photo)
by Anadolu Agency Oct 20, 2021 3:39 pm
RECOMMENDED

Addressing European Commission President Ursula von der Leyen, the Socialists and Democrats (S&D), the second-largest group of European Union lawmakers, urged her "to take all the necessary actions to put a stop to the inhumane policy of pushbacks that taints us all as Europeans."

"A Union of values starts at its external borders with the treatment of the most vulnerable who come to us seeking protection," they pointed out, criticizing "the untenable situation regarding the respect for fundamental rights, in particular the right to international protection and the principle of non-refoulement at the external borders of the union."

"In Greece alone, the UNHCR has documented around 300 incidents of illegal expulsions around the Aegean islands and Greece's north-eastern Evros land border with Turkey between January 2020 and March 2021," the S&D wrote, also mentioning violent pushbacks by Croatian authorities and at the bloc's borders with Belarus.

"It is also alarming that the latest investigations suggests that parts of the material used to carry out pushbacks are seemingly paid for with EU money," they added, referring to a joint investigation of leading media outlets revealing systematic pushback operations by national security forces in violation of EU and international humanitarian law.

The S&D also suggested the European Commission ask all concerned EU member states to set up independent mechanisms to monitor pushbacks as a condition to disburse EU funds.

The official stressed that the European Commission did not set the monitoring mechanism as a precondition for EU financial support as reported by some media outlets and referred to by the S&D's letter, and that they just asked for information from the Greek government as part of their assessment.

The bloc's new seven-year budget already requires all EU states to meet the so-called "horizontal enabling conditions" for EU funds, including the respect for EU law and fundamental rights, the source added.