EU to cooperate further with Turkey on irregular migration: Envoy 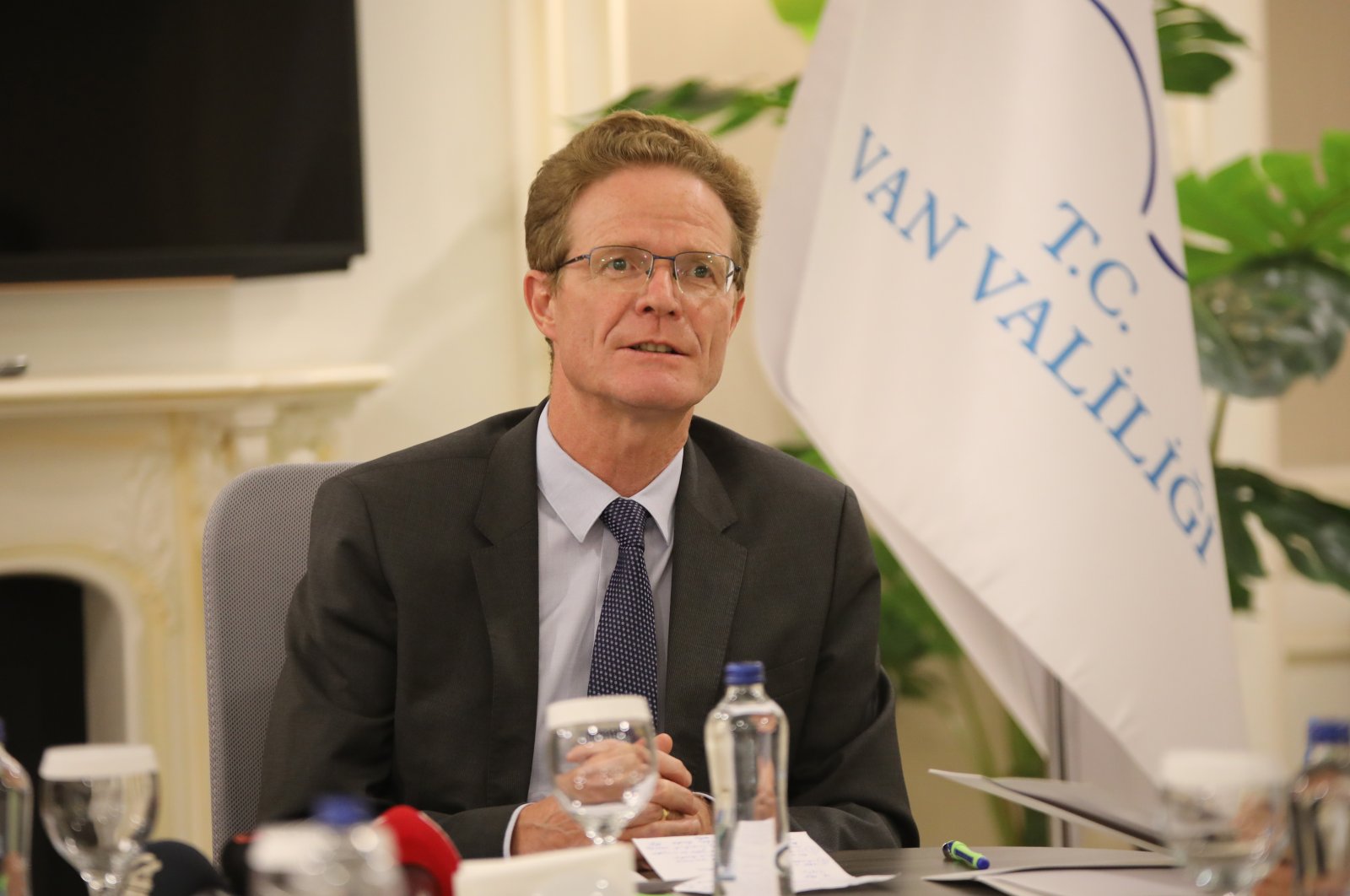 The head of the EU Delegation to Turkey, Nikolaus Meyer-Landrut, speaking at a press conference in eastern Van province, Turkey, Sept. 13, 2021 (AA Photo)
by DAILY SABAH WITH AA Sep 14, 2021 7:45 am
RECOMMENDED

The EU intends to strengthen cooperation with Turkey on the issues of irregular migration and border security, the head of the EU Delegation to Turkey, Nikolaus Meyer-Landrut, said on Monday.

Speaking at a news conference in the eastern Turkish province of Van, Meyer-Landrut told how in recent years the EU provided support worth over €350 million (over $413.2 million), adding that the bloc is ready to maintain cooperation and support on the issue of irregular migration.

He said the EU is closely following developments in Afghanistan, especially in regard to immigration and security, after the Taliban formed an interim government last week.

After hearing about the difficulties that Turkey faces on the Iranian border – where Afghan migrants are likely to try to cross – Meyer-Landrut said such difficulties are shared by Turkey, the region, Europe and the rest of the world.

The European Council will quadruple its humanitarian aid for the Afghan public to €200 million (over $236 million) by the end of 2021, as discussed at a U.N. conference in Geneva on Monday aiming to raise more money for growing humanitarian needs in Afghanistan.

Meyer-Landrut said the EU joins Turkey in its aim to support the countries neighboring Afghanistan to provide asylum for Afghan refugees and ensure their safety.

While Turkey and the EU agree on ways to manage immigration and borders, the issue gained further importance on the country's eastern border with recent developments, he added.

Underlining that the EU intends to prevent illegal immigration, Meyer-Landrut said the bloc also wants to increase and strengthen the capacity for immigration management and prevent human trafficking plus the smuggling of drugs and arms.

Turkey hosts nearly 5 million refugees – more than any country in the world. After the Syrian civil war broke out in 2011, Turkey adopted an “open-door policy” for people fleeing the conflict, granting them “temporary protection” status. Afghans are believed to be the second-largest refugee community in Turkey after Syrians.

Turkey began beefing up its border measures as the Taliban advanced in Afghanistan and eventually took over Kabul. Authorities plan to add another 64 kilometers (40 miles) by the end of the year to a border wall started in 2017. Trenches, barbed wire and security patrols around the clock will cover the rest of the 560-kilometer frontier.

Authorities say there are 182,000 registered Afghan migrants in Turkey and up to an estimated 120,000 unregistered ones.

The Turkish side of the mountainous border with Iran is lined by bases and watchtowers.

Patrol vehicles monitor around the clock for movement on the Iranian side, from where migrants, smugglers and terrorists frequently try to cross into Turkey.