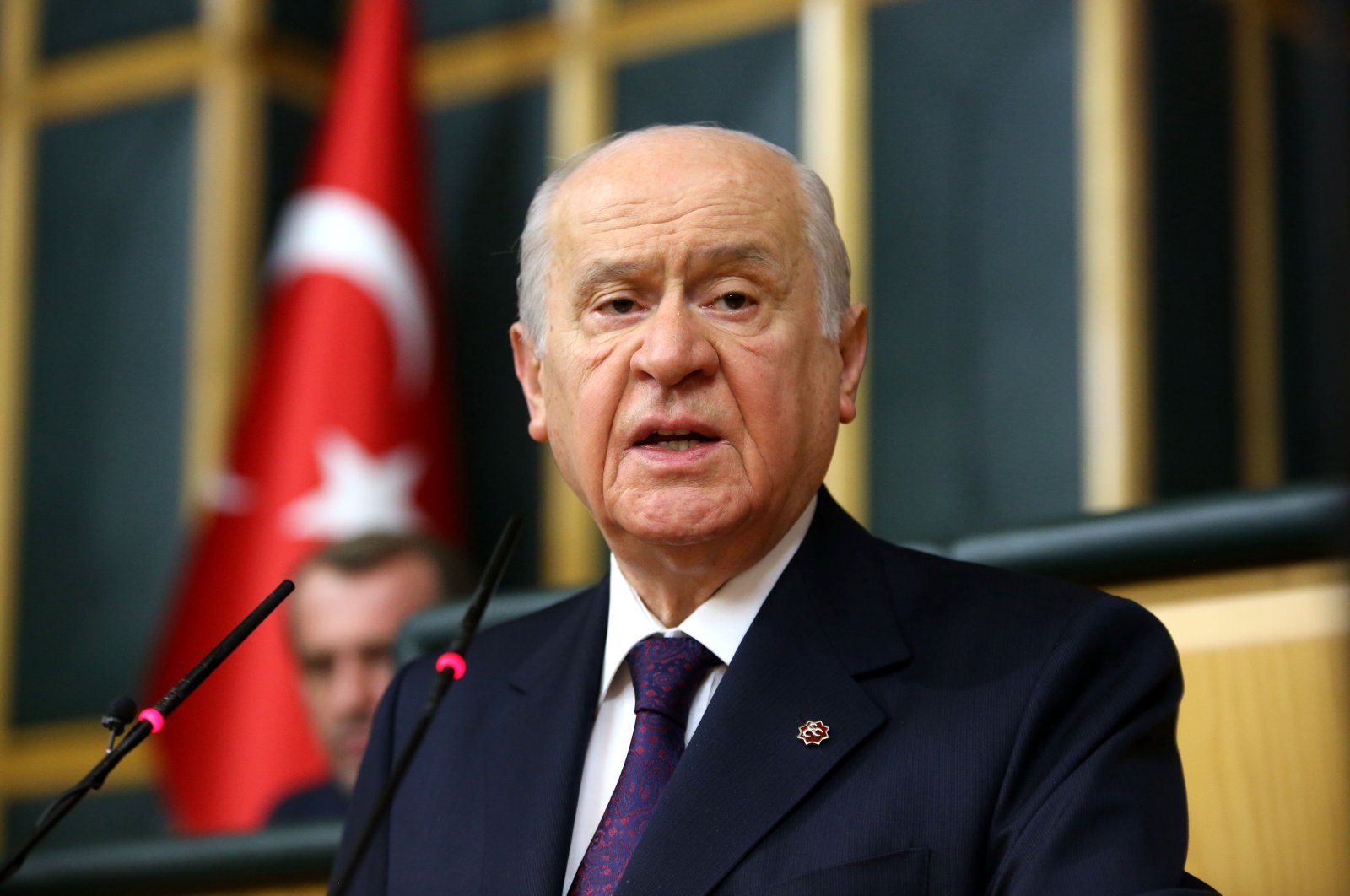 Speaking at his party's parliamentary group meeting, Bahçeli expressed that the "Sofa Gate" was, in fact, a "fake" scandal.

"It revealed the lack of coordination within the EU," Bahçeli said.

Brussels has been rattled by the incident in Ankara last week that saw von der Leyen left without a chair at talks with male counterparts Michel and President Recep Tayyip Erdoğan.

Michel has faced flak for not appearing to support von der Leyen.

Michel offered his "deep regrets" to her at Monday's talks and assured her "such an incident must not happen again," his spokesperson said.

Regarding the controversial remarks of Italian Prime Minister Mario Draghi following the "Sofa Gate" incident, Bahçeli said that such statements show a "hidden admiration for Mussolini."

Draghi referred to Erdoğan as "dictator" in response to a question over the sofa-gate last week, which received major condemnation from both the Turkish people and their politicians. The Turkish Foreign Ministry also summoned the Italian envoy to Ankara following the incident.

When it comes to the concerning developments in Ukraine, the MHP leader stated that the dialogue between Erdoğan and his Russian counterpart Vladimir Putin is promising.

"We sincerely wish for these two countries (Russia and Ukraine) to come to a reasonable conclusion. The focus should be on Ukraine's territorial and political integrity," he said, underlining that the fact that Russia referred to military intervention in Donbass as a possibility and the U.S. sending two of its warships to the Black Sea are concerning developments for Turkey's national security.

Tension in the region is high and the U.S. has said that Russia is amassing forces on Ukraine's eastern border at a level unseen since 2014 when it seized Ukraine's Crimean Peninsula and annexed it in violation of international law.