Turkey, EU to work together for positive agenda: FM Çavuşoğlu 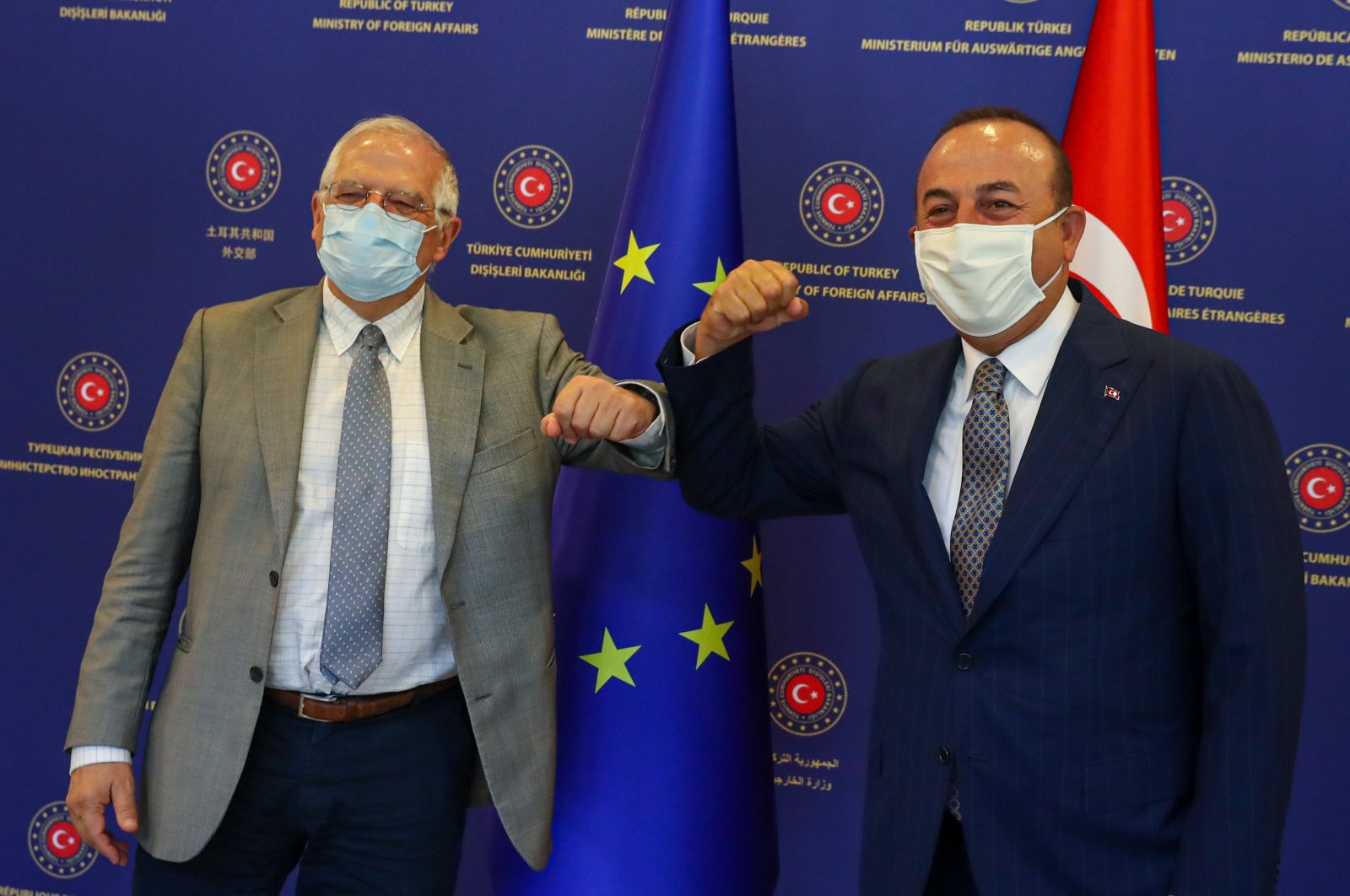 Turkish Foreign Minister Mevlüt Çavuşoğlu met Monday with the European Union's foreign policy chief in Brussels and discussed bilateral ties, regional issues and other matters, underlining that Turkey and the bloc will work together for a positive agenda.

Turkey's top diplomat said on Twitter that Turkey "will work together with EU High Representative Josep Borrell to continue (the) positive agenda."

"More cooperation is needed on updating (the) Customs Union, visa liberalization, irregular migration and (the) fight against terrorism," said Çavuşoğlu.

He added that "regional issues including Syria, Afghanistan and Libya" were also among the subjects the two officials discussed during the meeting.

"We want to establish relations with Turkey as a candidate country, a neighbor and an important country where we can develop the best relations. We want to do this by defending the interests of member states and the EU," Borrell said after a meeting of EU foreign ministers taking place before the EU leaders' summit this week.

Turkey-EU relations will be evaluated during the summit. Borrell also said that in the coming weeks, the EU would continue to closely monitor Turkey's actions by setting certain milestones, such as talks on resolving the Cyprus issue and exploratory talks with Greece.

EU leaders at the December summit asked Borrell to report on how to advance relations with Turkey. In this context, a report presented at Monday's meeting summarized economic and political relations between Turkey and the EU in recent years.

Based on the report, the EU ministers will also address migration and the renewal of the EU-Turkey deal, signed in 2016 to stop irregular flows of migrants to Europe and to improve the conditions of Syrian migrants in Turkey.

Last week, Borrell said it was necessary to strike a new deal because the 2016 agreement had "produced tangible results" and "led to a significant decrease of loss of human lives, a reduction in irregular crossing and improved the situation of refugees and migrants in Turkey."