Turkey rejects Greek claims of forcing migrants into its waters 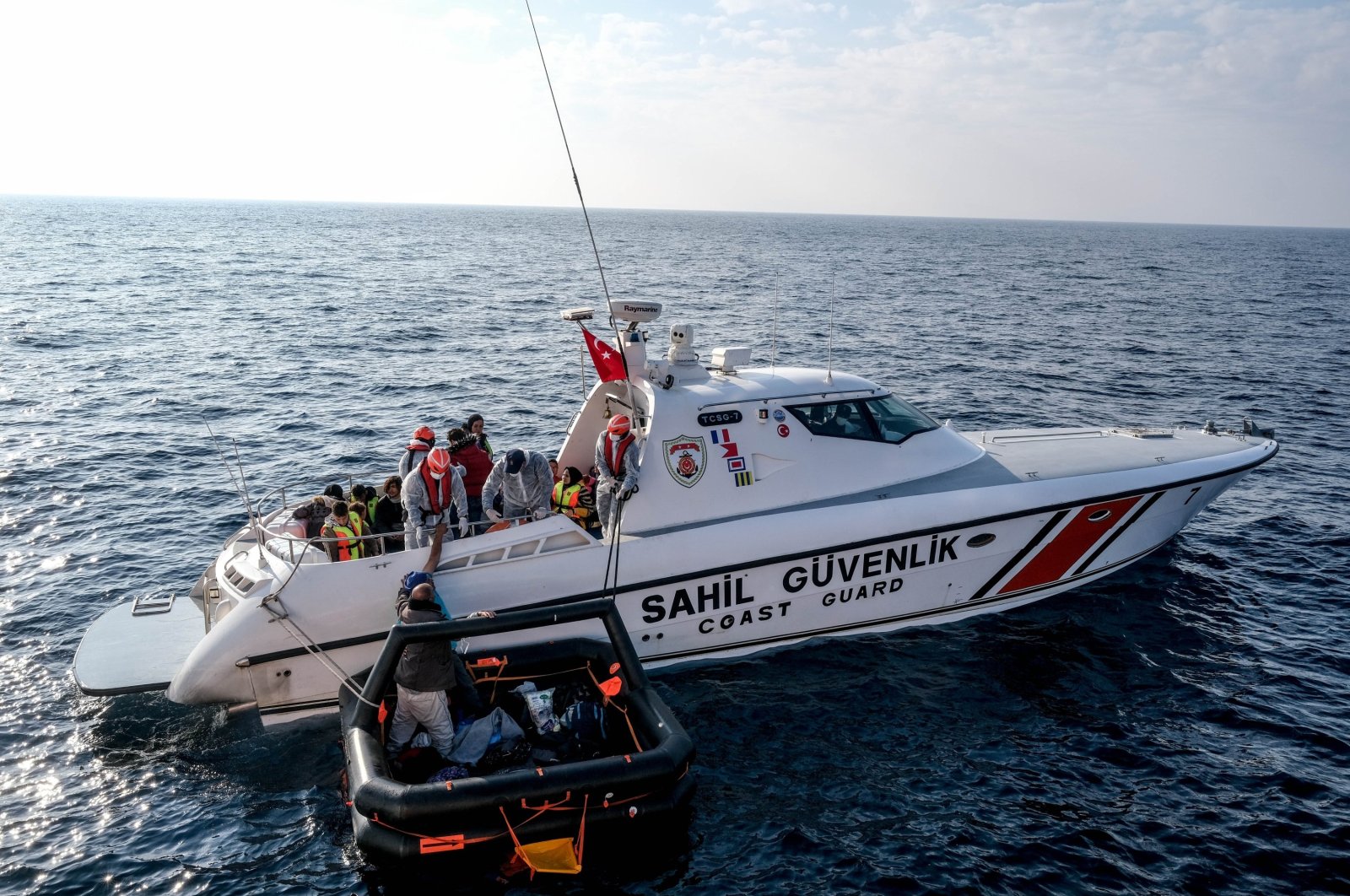 The statement made by the Coast Guard Command regarding the incident, which is claimed to have happened Tuesday, said that an irregular migrant boat entered Greek territorial waters off Turkey's western province of Izmir's Dikili district at 9 a.m local time and that Greek coast guard elements tried to push this boat back into Turkish territorial waters by creating waves.

It was emphasized that the photograph published by the Greek coast guard on their official website along with the alleged information about the incident was used on April 2 and did not reflect the truth.

In the statement, which also includes images of the incident in question, the following was recorded: "The Turkish Coast Guard Command carries out its duties uninterruptedly on a 24/7 basis, in order to prevent irregular migration, both within the scope of national and international law. Despite all the efforts made by the Turkish Coast Guard Command, Greek elements pushed back irregular migrants in the Aegean Sea. In most of these pushbacks, there were many incidents in which irregular migrants were subjected to inhuman treatment, their valuables were taken, they were beaten, their hands were handcuffed, they were put into the sea on extremely unsuitable life rafts and left to drift into Turkish territorial waters, and even thrown directly into the sea without a life jacket. These events were recorded many times by international media organizations and found wide coverage in the world press."

Deputy Minister of Interior Ismail Çataklı also shared the following on Twitter: "Greece. It tried to show what it did with the psychology of guilt, as if Turkey did it again, and accused Turkey of being a 'pirate state.' Please stop attributing what you see in the mirror to Turkey."

Greece accused Turkey on Tuesday of acting like a “pirate” in waters between the two regional rivals, claiming that its coast guard escorted and tried to push into Greek waters a boat of migrants who were trying to illegally reach Greece. The Greek coast guard posted a video of a large Turkish patrol vessel and what seems to be a smaller one beside an inflatable dinghy containing dozens of people. A coast guard statement said the Turkish vessels accompanied the migrant boat off the Greek Aegean Sea island of Lesbos – which is near Turkey's coast – early Tuesday. It said Greek coast guard vessels at the scene prevented the dinghy’s entry, and the Turkish coast guard boats eventually picked up the migrants after initially refusing to do so.

“(The video) shows, beyond any doubt, the clear attempts by Turkish coast guard craft, using dangerous maneuvers, to direct the dinghy that they are escorting toward Greek territorial waters so that they could illegally enter,” the statement said.

Greece's minister for merchant marine, Yiannis Plakiotakis, said Turkey “once again, behaved like a pirate state in the Aegean.”

“The European Union must exert much greater pressure on Turkey to comply with its international obligations,” he said.

Thousands of people fleeing conflict or poverty in the Middle East, Africa and Asia try to enter Greece every year from regional rival Turkey. Under a 2016 agreement with the European Union, of which Greece is a member, Turkey vowed to stem the flow of migrants. But Greece has repeatedly accused Turkey – which has its own large migrant population – of encouraging and facilitating the attempted crossings. Last year, tension spiked on their land border after Turkey waved through thousands of migrants toward Greece and Greece deployed police and military to thwart what it called a “hybrid attack.” Turkey, in turn, accuses Greece – which has stepped up its border patrols – of illegally sending back migrants who make it onto its territory.

“We are intercepting boats that come from Turkey, as we have the right to do in accordance with European regulations, and waiting for the Turkish coast guard to come and pick them up to return them to Turkey,” he said.

Greece and Turkey, both NATO allies, are also at odds over undersea gas and oil exploration rights.

There are allegations by rights groups and organizations including the United Nations High Commissioner for Refugees (UNHCR) that Greece is unlawfully pushing asylum seekers back to Turkey on its land and sea borders, a practice Greece denies.

Mitsotakis, whose center-right New Democracy party came to power in 2019, defended his government's migration policy, calling it "tough but fair," and said Greece was rescuing hundreds of people at sea since 2015, when it was on the front line of Europe's migration crisis.