Turkey rescues 123 migrants pushed back by Greece in Aegean Sea 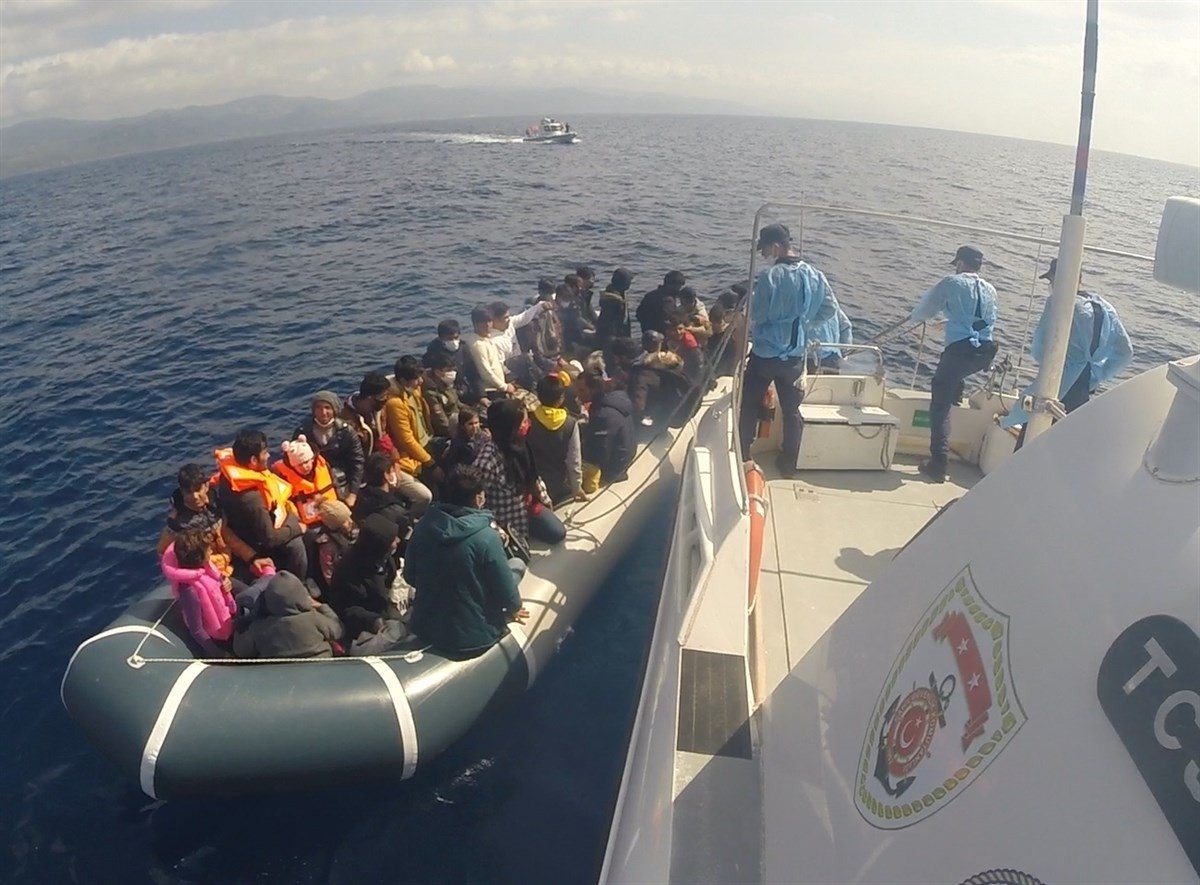 Irregular migrants on a rubber boat are rescued by Turkish coast guards in western Çanakkale province, Turkey, May 18, 2021. (İHA Photo)
by DAILY SABAH WITH AA May 18, 2021 1:24 pm
RECOMMENDED

Turkey's coast guard units on Monday rescued a total of 123 irregular migrants pushed back by Greece, in different locations of the Aegean Sea.

Thirty-two migrants in Izmir province and 11 others in Muğla province were rescued off Turkey's Aegean coast, after being pushed back by Greece, according to the information obtained from local authorities. They were later referred to the provincial migration office.

Furthermore, 80 migrants, including 25 who were pushed back by Greece to Turkish waters off north northwestern Çanakkale province, were again saved by Turkish coast guard units.

In recent years, Turkey and Greece have been key transit points for migrants aiming to cross into Europe, fleeing war and persecution to start new lives. Turkey has accused Greece of large-scale pushbacks and summary deportations without access to asylum procedures, which is a violation of international law. It has also accused the European Union of turning a blind eye to what it says is a blatant abuse of human rights.

Greece should end its practice of pushing irregular migrants back from its borders toward Turkey and launch a probe into the allegations, Europe's top human rights watchdog has also said. In a letter to Greek ministers dated May 3, the Council of Europe's Human Rights Commissioner said there had been "numerous credible allegations" since at least 2017 of asylum-seekers being illegally returned to Turkey or left adrift at sea but that Athens had simply dismissed them.