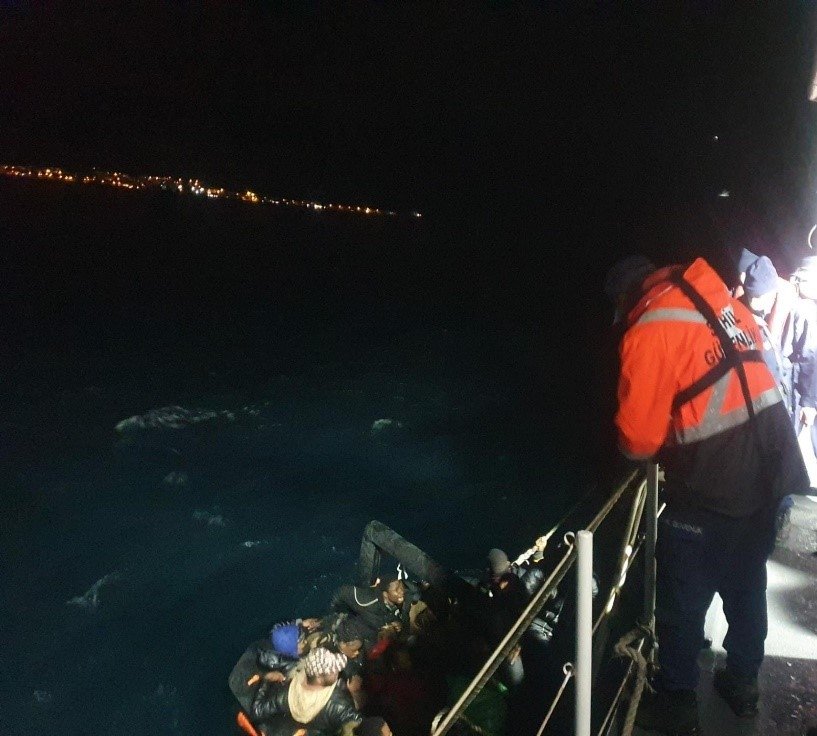 The Turkish coast guard rescued 20 irregular migrants in the Aegean as pushbacks by Greek elements continue despite calls by humanitarian groups and several countries to stop its unlawful actions.

The irregular migrants were saved off Aydın province's resort town of Kuşadası, the Turkish Coast Guard Command said in a statement on its website Monday.

The coast guard team was assigned to the region upon the information that there was a group of irregular migrants in a boat off the coast of Kuşadası, it said.

After routine checks, all of the migrants were taken to the provincial migration authority.

Turkey and Greece are key transit points for migrants looking to cross into Europe, fleeing war and persecution to start new lives. Turkey has accused Greece of large-scale pushbacks, summary deportations and denying migrants access to asylum procedures, which is a violation of international law. Ankara also accuses the European Union of turning a blind eye to this blatant abuse of human rights.

Pushbacks are considered contrary to international refugee protection agreements, which dictate that people should not be expelled or returned to a country where their life and safety might be in danger due to their race, religion, nationality or membership of a social or political group.