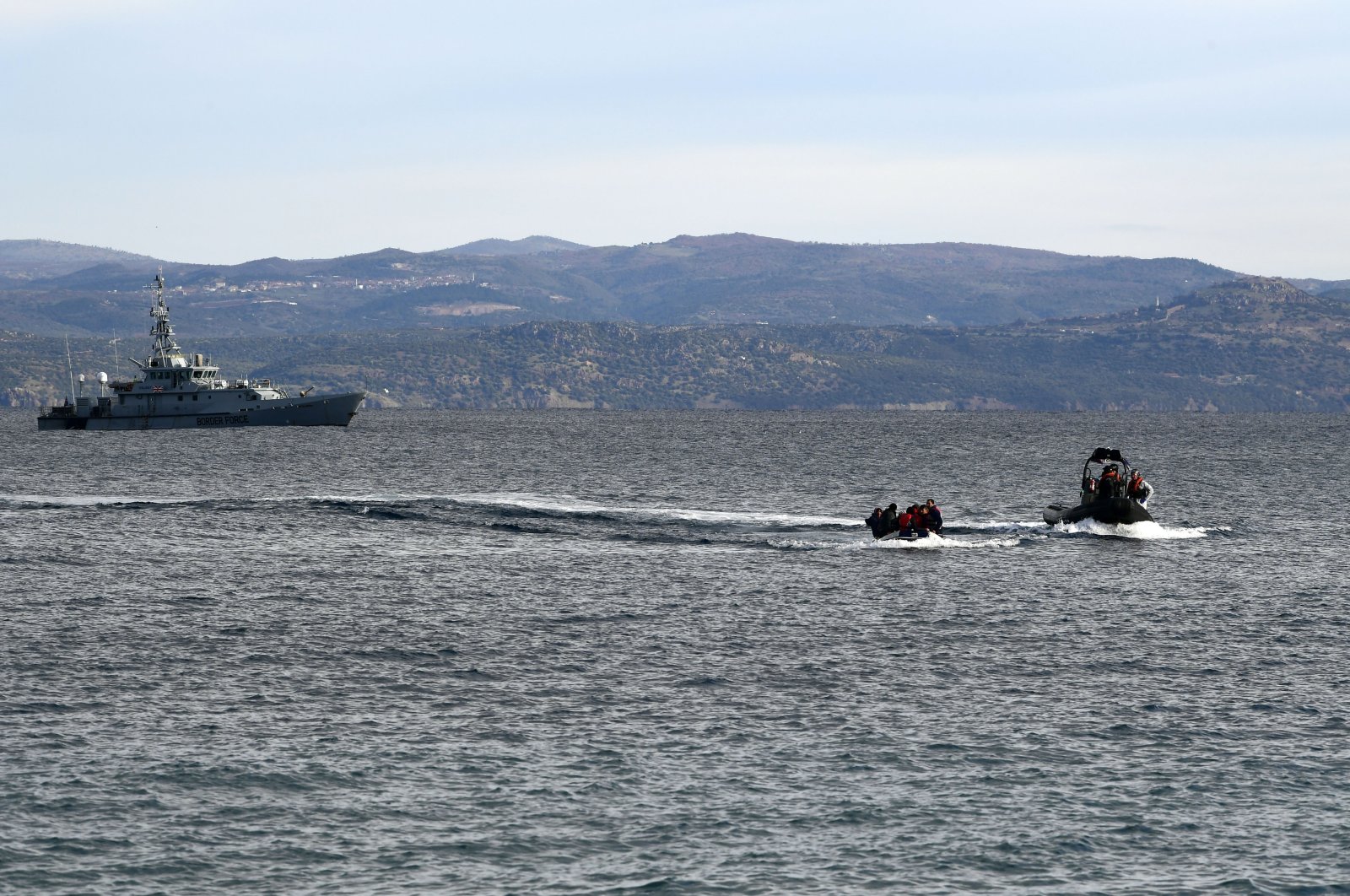 Refugees and migrants arrive in a dinghy accompanied by Frontex vessels at the village of Skala Sikaminias, on the Greek island of Lesbos, after crossing the Aegean sea, Feb. 28, 2020. (AP File Photo)
by DAILY SABAH Nov 21, 2021 9:27 pm
RECOMMENDED

“Humanity has been disregarded once again in the Aegean! What a shame!” Oktay said on Twitter.

The vice president's criticism came after Greek coast guard units prevented the progress of a migrant boat with dangerous maneuvers, hit the migrants with sticks, made attempts to sink the boat and fired shots in its vicinity, according to Turkey’s Defense Ministry.

Oktay noted that he told European Commission Vice President Margaritis Schinas that Greece’s inhumane pushbacks were unacceptable and that Turkey expects Frontex and Greek authorities to fulfill their responsibilities in this regard.