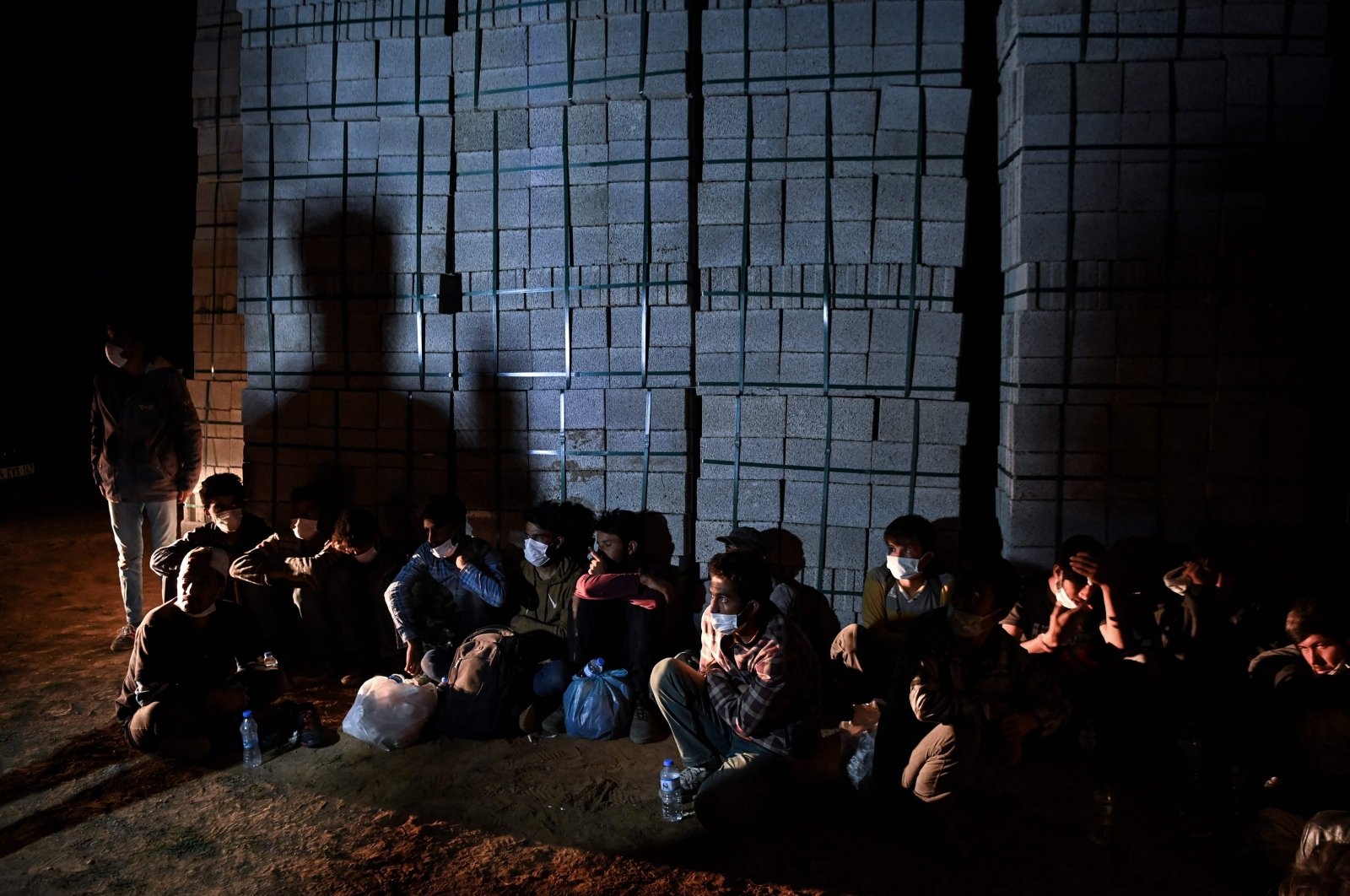 Afghan migrants rest while they wait for transport by smugglers after crossing the Iran-Turkish border on August 15, 2021 in Tatvan, on the western shores of Lake Van, eastern Turkey. (Photo by Ozan KOSE / AFP)
by DAILY SABAH Aug 18, 2021 12:09 pm
RECOMMENDED

Speaking to the Spanish state-owned public radio broadcaster RNE, Borrell evaluated the latest situation in Afghanistan and the European Union's stance on the issue.

"When we see the images on the first day at Kabul (Hamid Karzai International) Airport, we understand what they risked to leave the country," he said, referring to the Afghan citizens who fled the country following the Taliban's capture of the capital Kabul and the administration of the war-torn country.

"There has already been an Afghan migration for the last three months. They are and will be coming to Europe via Iran, Iraq or the Eastern Mediterranean. This shows that we need to work hard with transit countries. The humanitarian crisis must be prevented. Here, Turkey will play a very important role. There will be many people who will try to pass through Turkey, but this is a concern for the future, not the present. What is important right now is that Kabul airport starts to function," he explained.

Regarding the situation in Afghanistan, President Recep Tayyip Erdoğan said Sunday: “In Turkey, we are facing a wave of Afghan migrants through Iran,” adding that they will continue to make every effort to help bring stability to Afghanistan and the region.

Pointing out that the Taliban's takeover of Afghanistan is the West's failure, Borrell also said: "What happened in Afghanistan is a defeat for the Western world. We must have the courage to see and recognize this with all its clarity."

Stressing that the EU's statement that it had to meet with the Taliban surprised some, Borrell said: "We have to talk to them. If we don't talk to those who take control of Kabul, we cannot open a way for airport security."

Borrell stated that they are evacuating those Afghan citizens who are facing an immediate danger to their lives due to their help and cooperation with the EU countries as a duty and responsibility.

Stating that the EU representative in Afghanistan is still in this country, Borrell stated that although limited, military planes connected to the EU have started flights again at the Kabul airport, which is under the control of the Taliban.

The Taliban swept into Kabul on Sunday after President Ashraf Ghani fled the country, bringing a stunning end to a two-decade campaign in which the United States and its allies had tried to transform Afghanistan.